Don't miss out on $300 ($600 for couples) charitable donation tax deduction, no itemizing needed

If you use the standard deduction, this tax break can help cut your tax bill, but only if you make your donations by Dec. 31. And if charitable organizations get their wish, the tax break will be extended past 2021, and worth as much as $4,000 ($8,000 for couples). 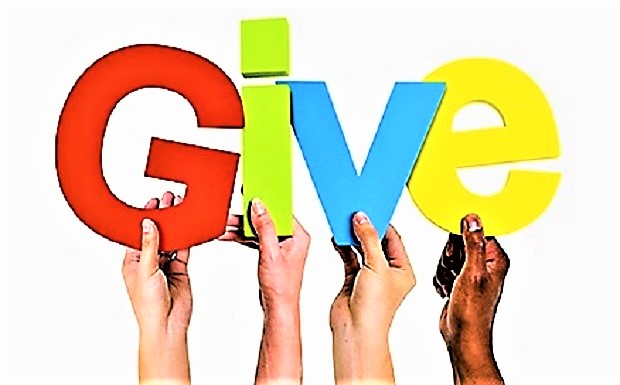 During the first year of the COVID-19 pandemic, more Americans needed help than ever before to pay bills, feed their families, and generally just try to retain their pre-pandemic lives. To do that, many turned to nonprofits for help.

"2020 should have been a banner year for charitable donations, but data is suggesting that it didn't turn out that way. Even though needs were more than we've ever experienced, giving has gone down," according to David L. Thompson, Vice President of Public Policy at National Council of Nonprofits.

Thompson's sobering comments came during a joint press call with the Internal Revenue Service on the donation tax break available to taxpayers who don't itemize. Thompson and Ben Kershaw, Director of Public Policy and Government Relations at Independent Sector, joined IRS officials to discuss the tax benefits of giving. Their outreach was underscored by the needs created due to this past weekend's deadly tornado outbreak in Kentucky.

Nonprofit and IRS leaders are hoping that giving might be prompted not only by the latest natural disaster, but also by the potential tax benefits for taxpayers who do not itemize.

And apparently, as predicted (and feared) by many, fewer people now are donating. Another law change, however, has helped a bit.

Tax changes in the wake of COVID now provide a $300 tax deduction for single philanthropic filers who don't itemize. Up to $600 in cash gifts can be claimed by married couples filing a joint return. The deduction is claimed directly on Form 1040, meaning there's no need to mess with Schedule A to get this tax benefit. Just enter your donation data on your 1040 or 1040-SR when you file your 2021 taxes next year.

Charities, joined on Monday's press call by IRS officials, are working to get the word out about this easy-to-claim tax break as 2021 winds down, since qualifying donations must be made by Dec. 31.

Declining donations hurt smaller charities: The direct deduction was first available for 2020 taxes, and it appeared to work. "On the very last day of 2020, we saw a 28 percent increase of donations," said Kershaw.

But that bump and subsequent giving has not been enough. "Roughly, only half of Americans are donating to charity now," noted Kershaw, adding that charitable giving has been trending downward for the last 15 years or so.

Kershaw and Thompson emphasized that smaller charities are feeling the most adverse effects of the decline.

"Many have stepped up and given during the pandemic, but it's not flowing equitably to smaller nonprofits. We see donations as a lifeline to smaller frontline organizations. The vast majority of nonprofits are smaller. They can do a lot with smaller donations," said Thompson.

He noted that $600 from a couple can cover the cost of personal protective equipment or the repair of a van used for meal delivery or that transports children at a nonprofit childcare facility.

Thompson also cited the labor shortage, which is affecting nonprofits. Those effects can produce more dire consequences, he noted.

For example, he said, while a shortage of servers or cooks at restaurant may mean waiting a few minutes longer for your meal and paying a dime more, a lack of staff at a domestic violence shelter could mean it must deny access to a safe haven for a month.

Unlike standard retail operations, Thompson said nonprofits can't just raise prices to cover costs. But, he added, "A few $300 donations to a smaller nonprofit can help it add a couple of dollars-an-hour wage increase to keep current staff from jumping ship and going to a larger, higher paying employer."

Looking to expand the direct donation deduction: "Charities depend on the role of every American in lifting up their communities," said Kershaw, but the cap on itemized deductions apparently has hurt.

So the nonprofit community now is pressing Congress to extend the direct donation deduction beyond the 2021 tax year and increase it to $4,000 per person. Kershaw said 400 charities have written to Congressional leaders urging them to extend and expand the deduction in 2022 and beyond.

Those larger nonitemized deduction amounts would increase donors by 7 million, or 8 percent, according to a 2019 study by the Indiana University Lilly Family School of Philanthropy. However, the political downside is that the study also found added deductions would reduce federal revenue by $20 billion, while increasing donations by just $17 billion.

Still, there appears to be bipartisan support for some extension and increase in the direct deduction. There also is public support for the move, said Kershaw. He said recent surveys show that 88 percent of voters support a permanent incentive for every person to contribute to charity, with 74 percent of them supporting the $4,000 increase.

This year's donation focus: Larger donation deductions for nonitemizing taxpayers, however, are down the long and winding legislative road.

For now, the IRS and the nonprofit groups are focusing on 2021 gifts. Here are those highlights.

Timing — You must make your donation by Dec. 31. You can do so by making your gift via credit or debit card so that the charge shows up on your account statement by the end-of-year date. If you're texting a gift, your Dec. 31 e-donation date should appear on your cell phone bill. And if you're old school and want to write and mail a paper check, make sure you get it to the post office so that it can be postmarked 12/31/2021.

Type of gift — The $300 per single filer or $600 per married filing jointly couple must be a cash donation. This doesn't mean just actual dollars, although those count. The IRS also classifies as cash donations those gifts made by the aforementioned check, credit or debit card, and text. Cash contributions also include amounts incurred by an individual for unreimbursed out-of-pocket expenses in connection with their volunteer services to a qualifying charitable organization. But as for those actual volunteer efforts, you can never deduct the value of your volunteer services or time. Also, donations of securities and household items or other property are not cash donations. Neither do contributions to a donor advised fund. 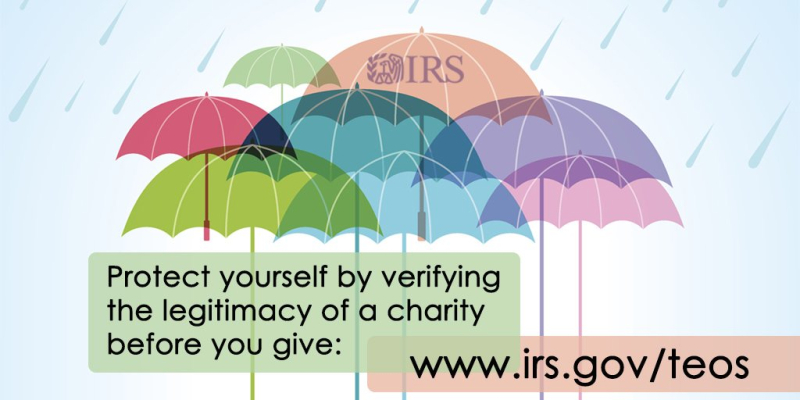 Qualified charities only — You also must make your cash donations to IRS qualified charities. These are nonprofits, usually identified in their information available to donors, as 501(c)(3) public charities. This means they have met IRS registration and vetting rules. To ensure that the charity is approved, Sunita Lough, Commissioner of the IRS' Tax Exempt and Government Entities division, encouraged contributors to use the agency's online Tax Exempt Organization Search tool. If you give to a group that doesn't pass IRS muster, the donation will not be deductible. To ensure that you do get your deduction, also keep good records of your gift. Reputable charities will send you a record of your gift. If they don't, ask for verification.

Beware scams: Finally, crooks also appear in times of need. They use terrible circumstance, like the Kentucky tornadoes, to appeal to the public's generosity. But the groups they are touting are bogus charities. This happens so much that fake charity scams regularly make the IRS' annual Dirty Dozen tax scams list.

"We see pop-up organizations tying to take advantage, especially during national disasters, trying to get people to give without checking," said Lough. "Do not feel pressure to give immediately. Take the caller's information down, then check it out with IRS search tool."

The online tax-exempt organization search will show which organizations are still in good standing. It also will give you the group's information, which you then can you to make your donation, correctly and safely.