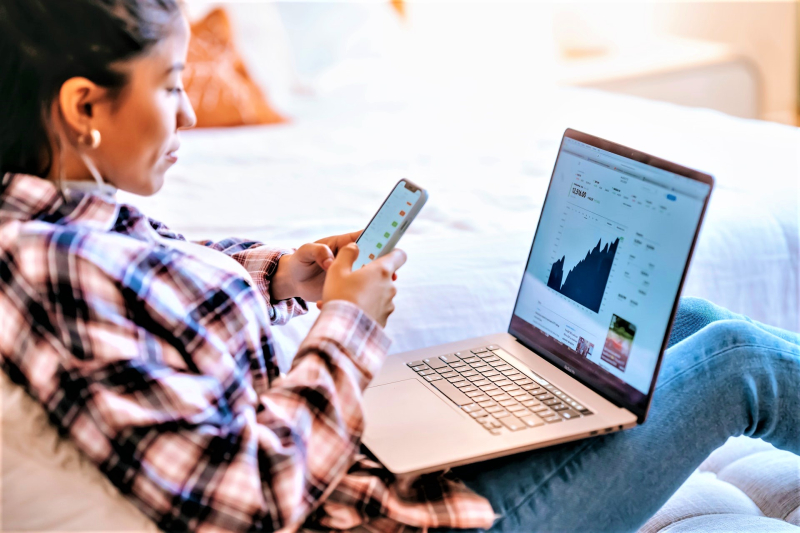 Photo by Liza Summer from Pexels

Investments have dominated recent money talk, on Capitol Hill and in the broader tax and financial communities.

First there was the Congressional proposal to tax billionaires' unrealized gains. This approach is a change from the usual capital gains tax applied on profits when assets actually are sold. The idea was dropped (for now) during negotiations among Democrats to find agreement on their spending plan.

Then the markets decided to go wild last week, with the three major stock indexes — the Dow, S&P 500, NASDAQ — all ending on Friday, Nov. 5, at all-time highs.

Obviously, people with money in the markets, and not just the tax-targeted ultra wealthy, are doing OK right now. Or should be, unless they have a lousy adviser.

And recent research says that women investors might be the happiest of all right now.

Investment Battle of the Sexes: Fidelity Investments' 2021 Women and Investing Study found that more women than ever are investing and that they are seeing better results than their male counterparts.

Fidelity's analysis of more than 5 million of its customers over the last 10 years found that, on average, women-directed investments outperformed those of men by 40 basis points or 0.4 percent.

That success also looks to be driving more women to invest. Nine in 10 women told Fidelity that they plan to take steps within the next 12 months to help their money grow.

The women's money is in more than retirement accounts, with women also putting money into emergency savings that are more easily accessible. The numbers are substantial:

Similar results over the years: And while, as the investing disclaimer goes, past performance is no guarantee of future results, it does look like a trend.

This year's numbers from Fidelity are almost identical to the investment company's report back in 2018.

Back then, Fidelity Investments found that women earn higher returns on their investments than their male counterparts by, wait for it, about 0.4 percent. A story from Her Money on that prior report also gets a Saturday Shout Out.

And so does a more cautious look at women and investing.

Women's longer life expectancies and the likelihood that most will spend their final years on their own are among the reasons, writes Franklin, that female investors need to take more risk with their retirement portfolios. Most tend to do the opposite.

Personally, I'm at that age where I can pull back on riskier investments since I'll be cashing them in sooner than many of the ol' blog's readers.

Portfolio and tax review time: Whatever your age or investment tendencies and amounts, periodic review of your portfolio is always a good idea.

Your investment goals might have changed. Or you've come into some more money. Or sustained a financial hit.

Or you need to shuffle your holdings, as I note in my November tax moves post, to take advantage of some tax-saving possibilities.

Regardless of your gender, it's a good idea to keep an eye on your investments, both retirement and otherwise, and make moves to maximize them.

And if you're a woman investor, these Saturday Shout Out stories might give you something to think about and talk over with your tax and investment advisers.