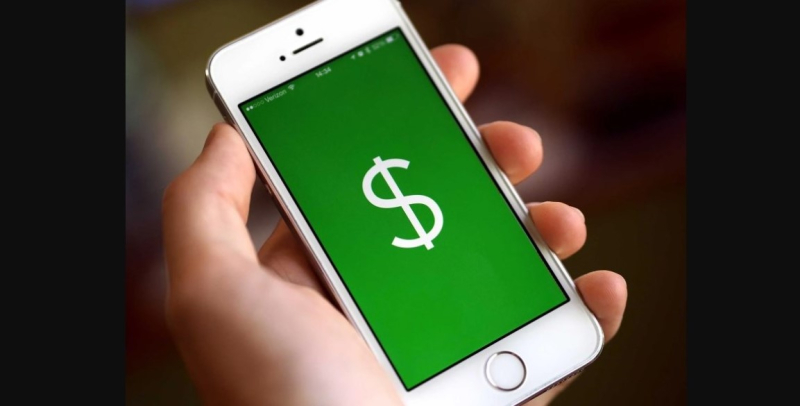 Fans of peer-to-peer payment apps are worried that a proposed $600 bank account reporting threshold will affect their transactions. It won't.

The U.S. tax system is based on voluntary compliance by taxpayers. But the Internal Revenue Service wasn't born yesterday. It knows full disclosure by all taxpayers is a pipe dream.

That's why the agency relies on, and pushes for, increased third-party notifications. That's where taxable transactions are reported not only to the taxpayers, but also the IRS. The most common situation is the W-2 annual wage statement, but there are plenty of others.

The latest instance of third-party reporting under consideration is added oversight of smaller bank accounts.

Tucked in the Biden Administration's $3.5 trillion budget reconciliation plan is a proposal that would financial institutions to monitor deposits and withdrawals in accounts that have balances of more than $600 at any time during the year or with at least that much in annual transactions.

UPDATE, Oct. 19, 2021: After increased pushback, the U.S. Department of Treasury has revised the reporting amount. It now is calling for the threshold to be $10,000 instead of $600. There's also an exemption for wage earners.

More info on more accounts: Account holders wouldn't have to anything new. Banks, credit unions, and other financial operations, however, would face additional tasks.

Opponents immediately decried the added burden to the companies. They've also raised privacy issues, with many financial institutions rallying their customers to oppose the bill on privacy grounds. You might have seen the #KeepMyBankingPrivate hashtag on social media.

However, supporters of the added reporting note that they already mechanisms in place to report such information, such as the $10 threshold that triggers a 1099-INT form on your bank savings account.

You might not have received one of those tax forms in a while, since low interest rates have kept payouts for many of us below that amount. But that's another blog post. In this proposal, the $600 account information be reported on an expanded Form 1099-INT.

Helping close the Tax Gap: The goal is to collect untaxed funds that add to the Tax Gap. That's the amount taxes the IRS estimates it's been unable to collect, largely because the taxable income isn't reported.

The lower threshold could help put a dent in the Tax Gap as millions more U.S. account owners would come to the IRS' attention. But those who object to the plan argue that individuals at the $600 level generally are not participants in large-scale tax avoidance or tax evasion schemes.

Supporters of the plan, however, say the lower threshold actually could help collections at all levels.

"Setting a high account threshold would create opportunities for tax evasion. High-income people could distribute their money among multiple accounts, so each account would fall below the reporting requirement threshold, and they could thereby continue to avoid detection of their tax evasion," argues a recent Center on Budget and Policy Priorities (CBPP) report. "The proposed structure, which includes all accounts above $600, limits this type of gaming, so the IRS can collect more revenue from high-income tax cheaters."

Nothing finalized yet: While there's been plenty of chatter about the change, there's no guarantee the provision, at least in its current form, will remain in the final bill.

There's been discussion of increasing it from $600 to $10,000. That appears to be happening, as noted in the update earlier in this post. That would align with the financial reporting trigger amount that already requires banks to report transactions. Those reports were designed to help combat money laundering.

Another possible change is the exemption of some transactions, such as direct deposits from payroll processors.

Cash app users unduly concerned: The possibility of tweaks hasn't calmed cash app users. Conversations among this group — yes, on social media and online chat groups — have focused on reports that the new reporting plan also would apply to them.

Most of those folks can chill.

The rumor that the $600 threshold would apply to all Venmo, PayPal, Zelle, and similar peer-to-peer (P2P) payment app transactions is just that. A rumor.

The new, lower reporting trigger takes effect on Jan. 1, 2022, meaning it will affect returns filed in 2023.

However, the $600 level applies only to business P2P transactions by sellers of products or services. It was created to catch those vendors whose taxable earnings largely were going unreported because they accepted payment via the untracked cash apps.

Personal P2P unaffected: Folks who are using cash apps among friends are not the target of the digital transaction amount change. So if you're using Venmo to repay your bestie for dinner last week or to cover your portion of the concert tickets she purchased for your group, you're OK.

Yes, you still might get a 1099-K form if you receive more than $600 on any cash app. But that doesn't mean that you must fill out another tax form or report it as income at return filing time.

What it does mean is that you need to maintain good records of your cash app transactions just in case the IRS has a question about whether they should have been reported as taxable income.

So quit worrying about the proposed $600 bank reporting rule and your personal cash app usage. Whatever level it's set at in the Biden budget bill (if it stays in the legislation) won't affect the existing cash app transaction law that applies to business P2P payments.

What $600 does get, however, is this weekend's honor as the ol' blog's latest By the Numbers figure.