Legal holiday debates, designations, and how they can affect federal taxes 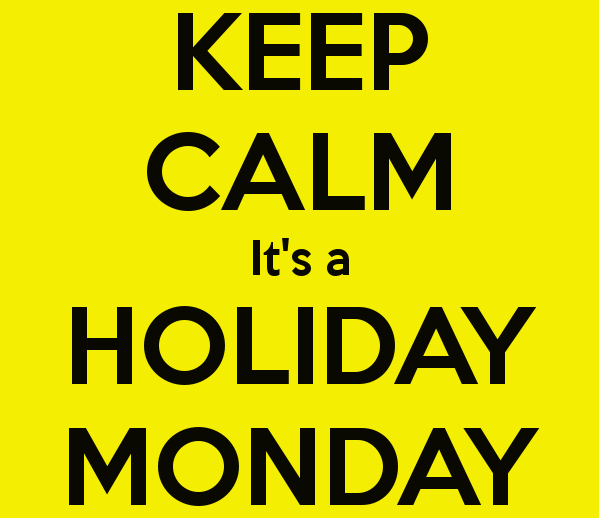 Welcome to another Monday federal holiday. Today is Columbus Day.

It's not necessarily manic, unless you're spending it finally finishing your 2020 tax return that you got extended until Oct. 15. In that case, this post for tax procrastinators might help.

As with many — OK, all — retailers use these three-day federal holidays as reasons for sales. And usually tacky TV commercials. Got your mattress bargain yet?

Then there are the associated celebrations. Parades. The coronavirus-delayed Boston Marathon this year. Myriad special events nationwide honoring special people associated with day or its origins or its namesake.

Evolving views of October's Monday holiday: But traditional celebrations have become problematic for today, which is still an official federal holiday commemorating Christopher Columbus' landing in the New World.

In 1934, President Franklin Delano Roosevelt designated Columbus Day a national holiday, then celebrated on Oct. 12. It became one of the many Monday holidays after the enactment of the Uniform Monday Holiday Act in 1968.

The holiday in recent years, however, has received a lot of pushback from those who prefer to use this second Monday in October to celebrate the United States' indigenous populations. Many states, counties, and cities have refocused their official activities on the continent's natives.

That North America was home to thriving cultures before Oct. 12, 1492, also has been recognized by the Biden Administration. President Joe Biden last week issued the first-ever presidential proclamation of Indigenous Peoples' Day, providing the most significant boost to date to efforts to officially shift the October holiday's focal point.

This Indigenous Peoples’ Day, we honor our country's first people and acknowledge their resiliency, self-determination, and sovereignty.

We'll continue to strive to create a more inclusive nation by electing leaders who will treat Tribal nations with dignity and respect. pic.twitter.com/6xNyPteEv9

Until that happens, which requires action by Congress, the Columbus Day holiday will remain as an official federal holiday. And the shifting of federal holidays to Mondays, a week day, sometimes means that the holidays collide with federal tax deadlines.

IRS deadline timing: The Internal Revenue Service says it considers our tax returns, payments and other required tax actions as being completed on time if they are sent or completed by the tax event's deadline.

Meet this timely filing requirements and you'll avoid and penalty and interest charges for being late.

For paper filings, this generally means a U.S. Postal Service postmark on the envelope on the deadline day. For e-filings, it means transmitting on the due date.

Legal vs. federal holidays: Also take note of the term legal holiday. Most of us tend to think that legal and federal are interchangeable synonyms for these select days.

A federal holiday is one recognized by Uncle Sam by the closure of his offices. The easiest way to determine whether a holiday is considered a federal one is to see whether the U.S. Postal Service delivers mail. Our post offices are part of an independent operation of the executive branch and its employees are federal workers. That means the USPS closes its doors and deliveries on federal holidays.

But the IRS has a specific definition for legal holiday. It's one that is a legal holiday in the District of Columbia.

However, other tax due dates do sometimes fall on holidays. Here are this year's legal holidays recognized by the IRS:

Yay, an added holiday this year, with 2022's New Year's Day's observation moved to Dec. 31, 2021. But bad news for folks who party for three days at the end of this year and then have to face next year's first work week with an extended hangover.

There also are a few other important calendar items to note when it comes to potential coincidence with tax due dates.

First, as indicated in the bullet-point lists, some federal holidays are on the same date every year, while others, due to the Monday holiday law, will be on the same day, but on a different date.

In 2021, the COVID-19 pandemic jumbled tax deadlines. And holidays or no, major disasters tend to move tax deadlines for businesses and individuals in storm-stricken areas; see #4 in my post 4 tax moves to make & deadlines to note in October 2021.

And for certain excise taxes, there's an exception to the next-business-day rule. If you pay these, you can find details in the IRS' Excise Tax Calendar. You also can check out the IRS official Small Business Tax Calendar. The link to the online version with tax filing, deposit, and record keeping dates throughout the year is over there in the ol' blog's right column as the last item in the monthly tax moves list.

Washington, D.C.'s Emancipation Day does sometimes have a nationwide effect on the annual April federal tax filing deadline. However, state holidays usually don't come into play in connection with federal filings and payments.

Typically, a statewide legal holiday delays a due date for filing a federal return only if the IRS office where you're required to file is located in that state. And any changes are only for those areas, not for taxpayers elsewhere in the country.

This sometimes is the case for Maine and Massachusetts taxpayers. Those states observe Patriots' Day, the state holiday commemorating the battles of Lexington and Concord, which were fought near Boston in 1775. Patriot's Day annually is celebrated on the third Monday of April. (Quick digression: That's also when the Boston Marathon, delayed this year, typically is run through Bean Town's streets.)

Since the IRS has tax return processing campuses in Maine and Massachusetts, the IRS gives taxpayers in those states until the next business day to file their federal tax returns. Their state returns already get that automatic extension.

But in most cases, state holidays won't have any effect on our federal tax filings. And, reminds the IRS, a statewide legal holiday doesn't delay a due date for making a federal tax deposit.