Farmers and ranchers in most of U.S. get drought tax relief 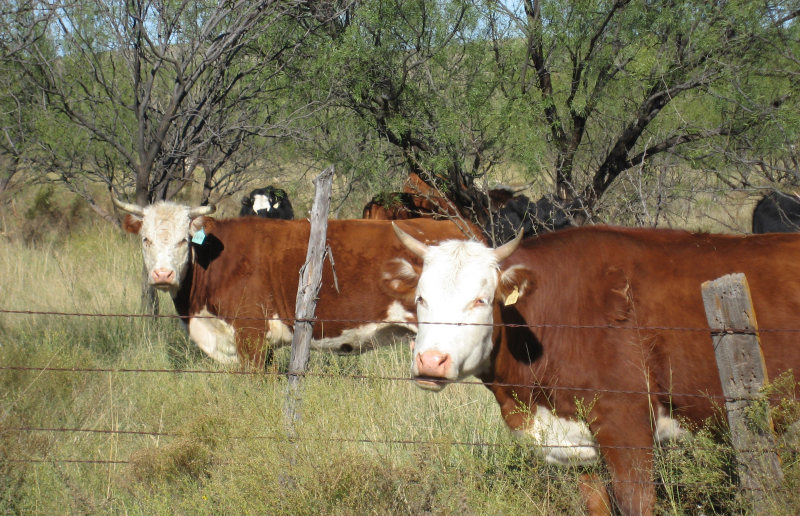 These cattle out in the West Texas Big Bend area don't appear worried about much. Their owners, however, have a lot of concerns, including severe weather that could hurt their ranches' profitability. The IRS is once offering some ranchers and farmers special drought-related tax relief. (Photo by Kay Bell)

I grocery shop every week and there are a few items that I always purchase. Beef is one of them. You're not surprised, are you? I am a Texan.

That consistent shopping list means I get week-to-week comparisons of my regular items. And, as other shoppers have noticed, meat prices, particularly for beef, are among those rising more than most other grocery items.

Even those of us who didn't study beyond economics 101, know what's happening. Supply and demand, with the beef industry being hammered over the past two years by a series of supply shocks.

COVID closures of processing plants. Slow restarting of those facilities when some, but not all, reopened. Higher wages to get workers into those plants.

And there's also fewer cattle. Herds have been devastated in recent years by drought, with 2021's aridness even worse than the dry weather in 2020. That's mean fewer feed crops for cattle.

That meant that ranchers were forced to sell their cattle earlier than they had planned, reducing herds and creating an added price pressure point.

Livestock sale tax troubles: While all this has been a pocketbook pain for us beef and other meat consumers, it's also a major financial and tax problem for the ranchers, as well as farmers who also have livestock.

By selling the animals, they triggered potential capital gains taxes. But the Internal Revenue Service is offering some livestock owners relief.

The agency announced last month that certain farmers and ranchers who were forced to sell livestock due to drought may have an additional year to replace the animals and defer tax on any gains from the forced sales.

This means that eligible farmers and ranchers now have four years to replace the stock, instead of the usual two-year period. The IRS also might further extend this replacement period if the drought continues.

Where it's too dry: To qualify for relief, the agricultural operations must have sold livestock on account of drought conditions in an applicable region.

This is a county or other jurisdiction designated by the National Drought Mitigation Center as suffering exceptional, extreme or severe drought conditions during any week between Sept. 1, 2020, and Aug. 31, 2021. 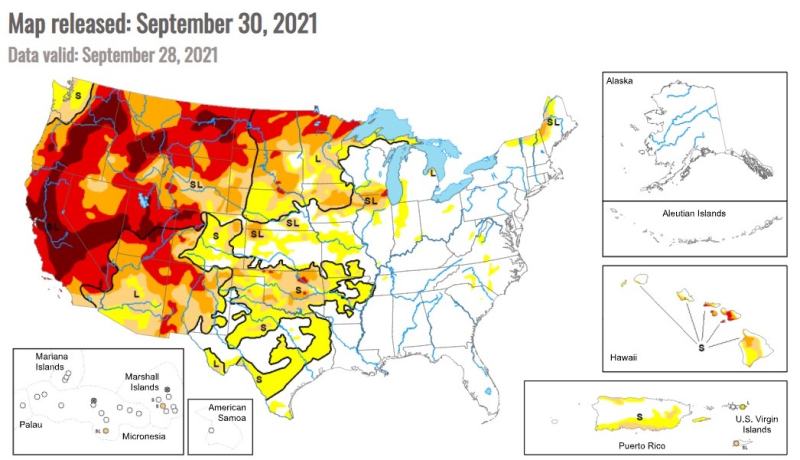 Those locale specifics are in IRS Notice 2021-55, which lists the applicable regions in 36 states and one U.S. territory. But so that you don't have to click over there, below are the parched parcels by state.

Well, that was depressing seeing all the counties in the Lone Star State where the hubby and I and our relatives have (and do) live on the sun-fried list.

Drought tax relief conditions and limits: Unfortunately, many livestock owners are well aware of the IRS relief. Over other unusually dry years, such as in 2019 and 2020, the IRS has offered similar tax relief.

Then and now, this special capital gains tax relief generally is available to farmers and ranchers who are in designated drought areas and who realized capital gains on sales of livestock that were due solely to the severely dry conditions.

There also are a couple of other important conditions and limits that apply.

The tax relief is available only in connection with sales of stock held for draft, dairy or breeding purposes. Sales of other livestock, such as those raised for slaughter or held for sporting purposes, or poultry, are not eligible.

So livestock owners who are sending cattle to meat packing plants early, and ultimately to my grocery store's refrigerated meat section, are, for the most part, do not qualify for this relief.

But those farmers and ranchers who are eligible and whose drought-sale replacement period was scheduled to expire at the end of this year (Dec. 31, 2021), now have until the end of their next tax year to replace the sold livestock.

Details, including an example of how the tax relief works, can be found in IRS Notice 2006-82, as well as in the IRS' livestock drought tax relief tax tip.