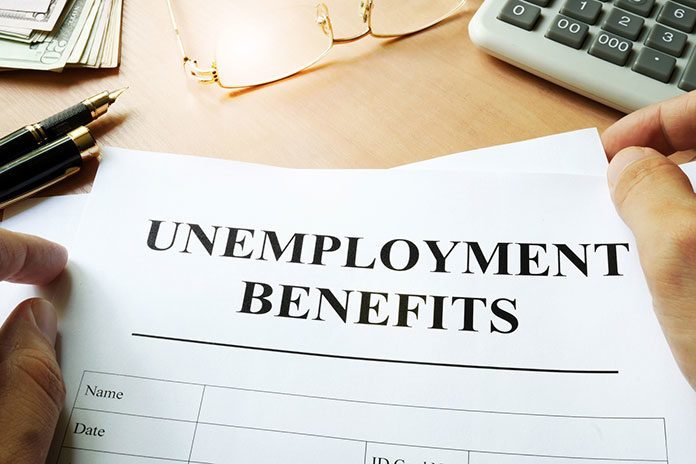 Despite companies reopening as we've moved into a new phase of the COVID-19 pandemic, the number of folks filing for unemployment is raising some concerns.

Yes, unemployment applications still are trending near the lowest levels of the pandemic. But first-time applicants for the benefits have edged higher the past three weeks.

There are all sorts of ways to parse the numbers, and many variables to consider.

But another recent unemployment analysis and the big question it raised for state officials also caught my eye.

Struggling state unemployment funds: State workforce commissions administer jobless benefits. Since the start of the coronavirus pandemic, states have paid out $175 billion in unemployment benefits, with the federal government providing an additional $660 billion, according to data analyzed by the Tax Foundation.

The Washington, D.C.-based nonprofit's math continues with the results showing, among other things, that taking debt into account, state trust funds now have a negative aggregate balance of -$11 billion and are $115 billion shy of minimum adequate solvency levels.

A total of $114.6 billion is needed to bring them all up to what the federal government regards as minimum adequate levels. 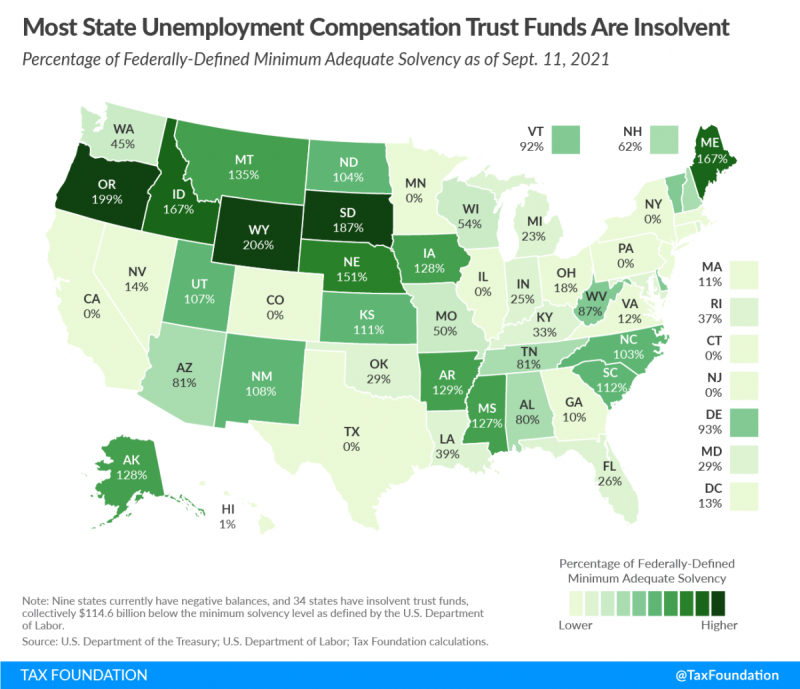 The bottom line for the states, per the Tax Foundation, is that in distributing about 350 percent of their normal benefit payment levels from late January 2020 until now, they have exhausted their trust funds and, in many cases, have resorted to repayable federal loans.

Loans vs. federal aid: That trust fund replenishment decision is what raises a big question.

Why, asks the Tax Foundation, are states taking out loans instead of accepting a never before offered federal lifeline to help them wipe out losses from the COVID-induced economic downturn?

"States are permitted to use federal funding under the American Rescue Plan (ARPA) to replenish unemployment compensation trust funds to pre-pandemic levels," write Walczak and Funkhouser in the Tax Foundation report and accompany online post.

So far, though, only 15 states have applied Fiscal Recovery Funds to restocking their funds, for a total of just under $8 billion, they note.

That's well shy of the $94.7 billion states could use for this purpose. And even among the states that have used ARPA funding, the Tax Foundation found significant amounts are often still unauthorized.

Reasons to rely on federal help: Again, why aren't more states taking the federal money, since it would go a long way to restoring the fiscal health of their depleted state unemployment trust funds?

That's a question for state officials. And Walczak and Funkhouser offer several reasons why they should rethink their reluctance to take Uncle Sam's fiscal help.

The one that caught my eye was the expediency of using the available federal funds. "Replenishing these funds through tax revenues would require years of astronomically high tax rates on employment," they argue.

Plus, they add, not getting the help now could hurt businesses in their states since unemployment insurance tax rates on businesses rise automatically when trust fund balances are low.

"Using a substantial share of remaining federal aid to restore unemployment compensation trust funds to pre-pandemic levels is one of the most responsible things states can do with the money," say Walczak and Funkhouser.