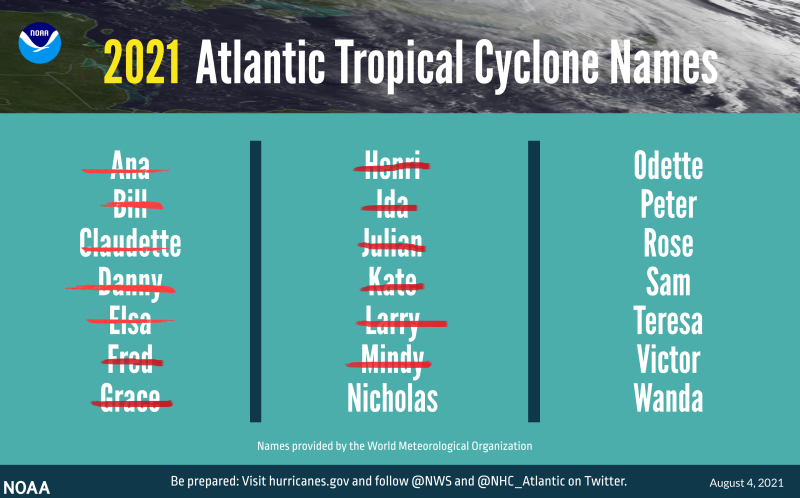 Just two weeks ago, we were awaiting Hurricane Ida. Since then, Hurricane Larry went spinning into the North Atlantic and Tropical Storm Mindy rushed across parts of Florida and Georgia.

Today. Sept. 13, Tropical Storm Nicholas is heading toward a Texas Gulf Coast landfall, after which it will send more rain into already water-logged Louisiana.

But we're still dealing with Ida's deadly fallout in states beyond landfalling Louisiana. After coming ashore near New Orleans as a category 4 on Aug. 29, she moved northeastward across the United States.

That prompted the Internal Revenue Service last week to provide some taxpayers in New Jersey and New York and all of Mississippi disaster-related tax relief, including the postponement of some impending filing and payment deadlines.

And on Sept. 13, the IRS added areas of Pennsylvania to the Ida relief list.

The Hurricane Ida related relief essentially is the same for all four states, but with a slight difference in the new tax dates. Here's a look first at those tax calendar notations, starting with the state that has the nearest reset deadline.

Mississippi taxpayers, both individual and business, in all of the state's 82 counties and the Mississippi Choctaw Indian Reservation qualify for tax relief in connection with tax tasks that were due Aug. 28 or later. That includes a new Nov. 1 deadline for the filing of next week's Sept. 15 third estimated tax payment for 2021, as well as the Oct. 15 tax filing extension deadline.

Pennsylvania individual and business taxpayers in the areas of the state struck on Aug. 31 by Ida's remnants now have until Jan. 3, 2022, to meet upcoming deadlines. Again, this covers the Sept. 15 estimated tax payment and 2020 returns that were extended until Oct. 15. 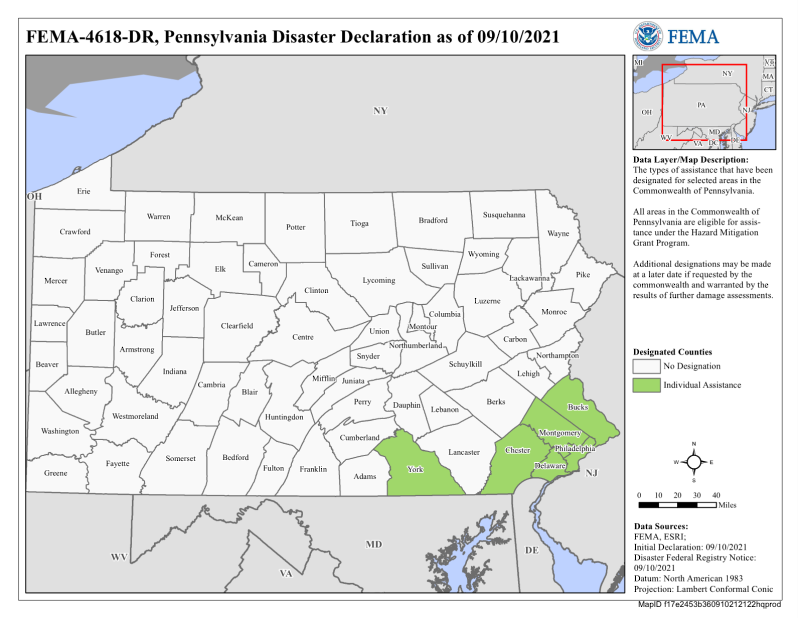 Currently, this includes Bucks, Chester, Delaware, Montgomery, Philadelphia, and York counties. However, taxpayers in Ida-impacted localities in other parts of the Keystone State that might subsequently designated as disaster areas will automatically receive the same filing and payment relief

New Jersey individual and business taxpayers in the areas of the state struck on Sept. 1 by Ida's remnants now have until Jan. 3, 2022, to meet upcoming deadlines. Again, this covers the Sept. 15 estimated tax payment and 2020 returns that were extended until Oct. 15. 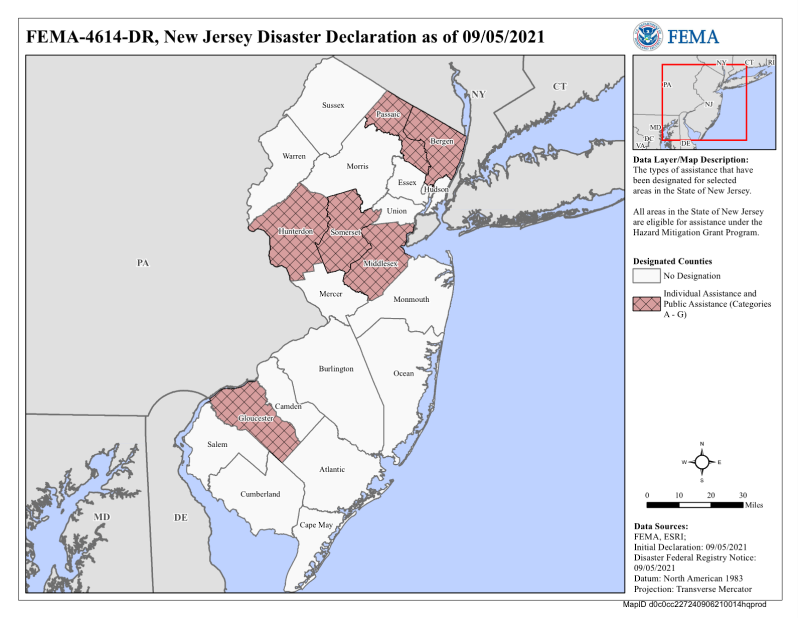 The Garden State counties to which the IRS tax relief applies are Bergen, Gloucester, Hunterdon, Middlesex, Passaic, and Somerset.

New York also was hit by Ida as she moved out of the country on Sept. 1, so some Empire State residents get the same Jan. 3, 2022, deadline change as their N.J. neighbors. That's the estimated tax payment normally due Sept. 15 and the Oct. 15 extended return filings. 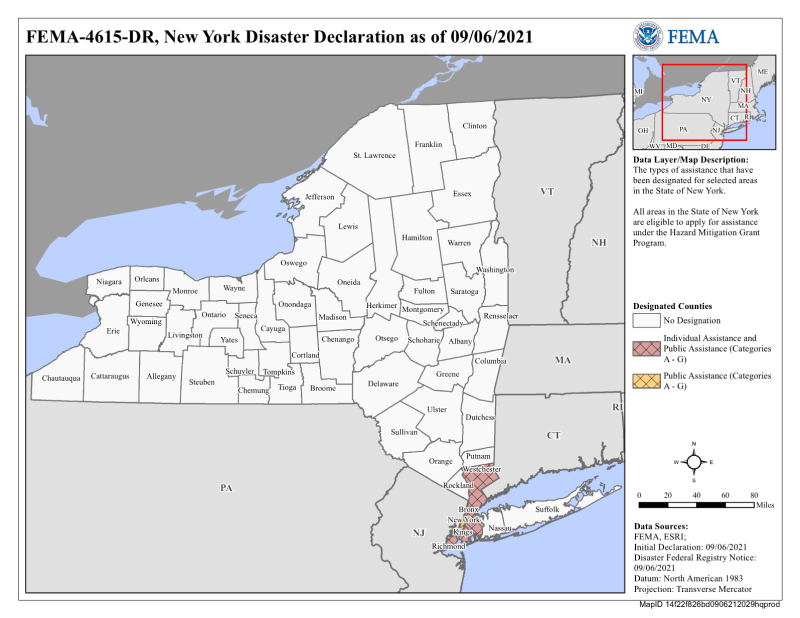 If any other New Jersey or New York localities subsequently are designated by Federal Emergency Management Agency (FEMA) as being severely impacted Hurricane Ida, taxpayers in those places will automatically receive the same filing and payment relief.

Disaster claim tax year shifting: In addition to the extended deadlines, the disaster designations also mean the affected taxpayers have some more tax options. The most notable one is the option to decide which tax year in which to claim on their taxes any uninsured disaster losses.

In case you've missed my many other discussions of this — there have been a lot of major disasters in the nearly 16 years I've been blogging here at Don't Mess With Taxes — here are the highlights.

You can claim the losses in the year they happened, meaning you'll do so when you file your 2021 return next year. Or you can claim them on your prior year return, which for Ida is tax year 2020.

Of course, you'll have to run the tax numbers for both years to see which provides the better tax result.

One of the main reasons to claim losses on a prior-year return is that it generally means you get the tax relief in the form of a refund sooner. Having that tax money in hand now could help with repairs and other recovery efforts.

Delayed original or amended filings: Mississippi, New Jersey, and New York taxpayers who want to make the claims for 2020 and who got extensions to file can do so on Schedule A when they finally submit last year's return by Nov. 1 in Mississippi or Jan. 3, 2022, in New Jersey, New York, and Pennsylvania.

Taxpayers in the disaster areas who have already filed 2020 taxes but want to make itemized Ida claims on that year's return will have to do so via 1040-X, an amended filing.

Whichever tax year an eligible disaster claim is made, you'll also have to include a completed Form 4684, Casualties and Thefts, with your taxes. You can read more about this process in my recent post on considerations in making a major disaster tax claim.

Also be sure to include your disaster's official FEMA declarations designation number on your return, original or amended, so that the IRS will know to expedite it so you can get your tax relief sooner.

Those FEMA numbers for these latest Hurricane Ida declarations EM-3569 for Mississippi; DR-4614 for New Jersey; DR-4615 for New York; and DR-4618 for Pennsylvania.

You also might find these items — yes, it's more than the usual three, but we're now in peak hurricane season — of interest:

Finally, don't forget about your state and/or local taxes. Check with your state tax department and more local tax officials about special disaster relief measures there. States generally follow the IRS lead in these situations, but it never hurts to be sure where taxes are involved.