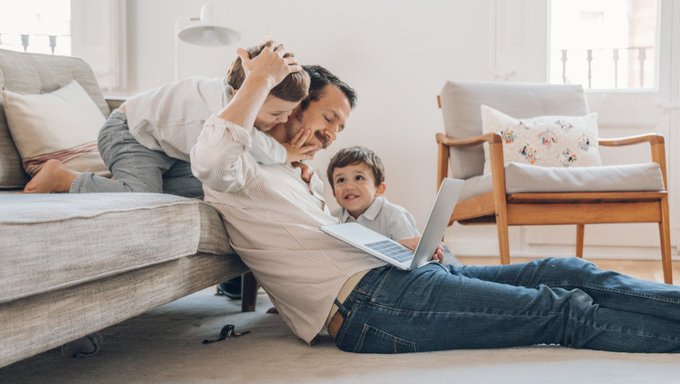 Advance Child Tax Credit (AdvCTC) payments are producing a financial benefit to more than the families receiving the money. The early tax credit amounts, which started going out in July and will continue through December, also appear to keep more workers on the job.

That's a finding from a report by Humanity Forward, which partnered with researchers at the Washington University of St. Louis, Appalachian State, University of North Carolina-Greensboro, and the Urban Institute to examine the potential effects of the tax break.

In addition, the tax credit also is encouraging some to follow through on entrepreneurial plans.

Half of the credit amounts are being distributed this year instead of making eligible families claim the full credit when they file tax returns in 2022. The Internal Revenue Service is halfway through its delivery of these AdvCTC amounts.

The expanded CTC, notes the Humanity Forward et al survey, is unprecedented in both its reach and its efficacy. With almost all middle - and low -income families with children eligible for the CTC, the tax break is predicted to cut American child poverty by more than half.

IRL, aka in real life, results: To gauge the real-world effects, Humanity Forward, a Washington, D.C.-based nonprofit created by entrepreneur and politician Andrew Yang, and its research partners surveyed a nationally representative group of U.S. parents.

The survey was conducted in early July, just before the first AdvCTC payments were delivered. The surveyed households all had incomes of less than $150,000.

They found that nearly 94 percent of parents planned to do the same amount of paid work or more, even after getting the expanded monthly AdvCTC payments, which most of them (72 percent) said they preferred instead of claiming it as a lump sum tax break at filing time.

Only 6.4 percent of surveyed parents said they would use the credit to either work less or change jobs. Among those parents, parents of infants or toddlers were almost twice as likely to be able to work less as a result of the credit.

In addition, the study found that the CTC provides budding entrepreneurs with additional support as they get their businesses off the ground. Of those surveyed this summer, more than 21 percent were either currently running their own businesses or planned to start one.

"The expanded credit is providing families greater freedom in making their own work and child-care decisions, thus empowering parents to choose what’s best for their families. Additional data is already tracking the correlation between the CTC and a mass return to work, as seen in the July jobs report," according to the report. 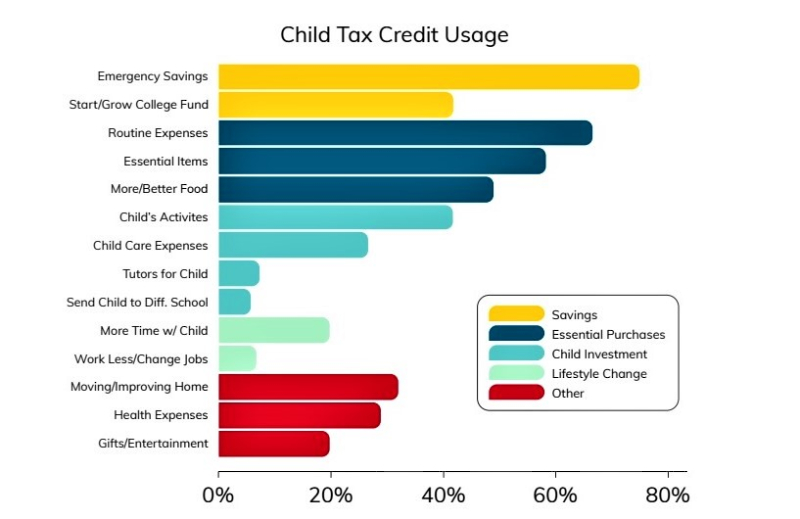 Most of the families surveyed said the CTC funds would allow them to open or add to emergency savings.

The next three areas for which the money would be used are essentials, including paying routine expenses, buying needed items, and purchasing more or better food.

And the survey isn't the only one to indicate that the expanded tax relief for families will add to economic growth.

A study released in August by the Niskanen Center, a nonprofit Washington, D.C., think tank, estimates that over the next 12 months, the CTC expansion will boost consumer spending by $27 billion, generate $1.9 billion in revenues from state and local sales taxes, and support the equivalent of over 500,000 thousand full time jobs at the median wage.

Expect to see these reports get more attention as Congress debates whether to extend the current CTC enhanced benefits beyond 2021.

What I don't understand is why people are so excited about the AdvCTC.
The reality is that the government is taxing me, then giving my own earned money back to me, but with intermittent issues paying it back (ref: September payments).
They money would get to families far faster if they just didn't take it in the first place.