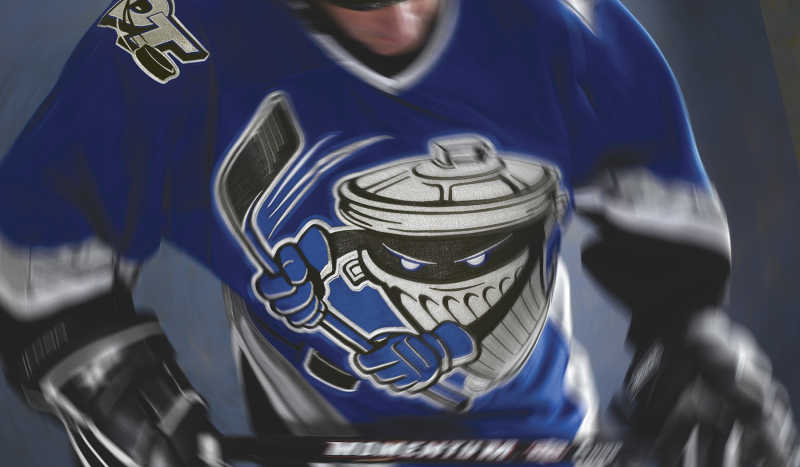 A defunct Connecticut minor league hockey club is the focus of a new Netflix documentary. The film's tales of the brawling Danbury Trashers offer this weekend's diversion, along with a bit of a tax connection.

I fell in love with hockey when I went to my first game, a Washington Capitals match back in 1981 shortly after we moved to the National Capital area.

Those early Capitals' teams sucked majorly. But they had some good individual players. The skills and heart of Rick Green, Mike Gartner, and young American phenom Bobby Carpenter made me a fan.

So I was thrilled when the hubby bought me (us) season tickets for my birthday. We were there for Save the Caps rallies. We watched a rough Scott "Bamm-Bamm" Stevens become a National Hockey League (NHL) star defenseman. We cheered the franchise-changing trade that brought Rod Langway, who quickly was named captain, along with Craig Laughlin, Doug Jarvis, and Brian Engblom to the Capital Centre. We attended the Caps' first-ever home-ice playoff game.

And although we were long gone from the Maryland/D.C. area by the time the Caps won the NHL championship in 2018, we still celebrated the skating of that Stanley Cup from here in Texas.

Outside the major league: Our embrace of the Caps also meant we followed other hockey-related pursuits. And that led to one of my all-time favorite movies, "Slap Shot." Paul Newman, hockey, and the Hansen Brothers? Pure heaven!

That movie came to mind the minute I saw an article about a combative minor league hockey team with, shall we say, a colorful owner.

In 2004, the Danbury Trashers — that's not a typo; keep reading — were born, joining the United Hockey League. And the person running the new Connecticut club? The 17-year-old son of a trash-hauling tycoon — clears up the team's name, right? — whose business was connected (eventually by federal investigators) to neighboring New York's Genovese crime family.

The Trashers' story includes "a cast of characters any fictional film could be proud of," starting with the cigar-chomping, board-checking Tommy "T-Bone" Pomposello, a former youth hockey coach of the new club's young general manager, AJ Galante, writes Scott Hines in a recent Decider article.

Galante and Pomposello, notes Hines, "quickly brought in players with pro-wrestler-quality names such as ex-con Brad 'Wingnut' Wingfield, David 'One Eye Willy' Beauregard, and Rumun 'The Nigerian Nightmare' Ndur, setting the tone for the team’s unique and attention-grabbing culture."

Yes, it does look like they were indeed using Nancy Dowd's "Slap Shot" script as a sports business plan.

Taking shots at a unique team: So this weekend's Saturday Shout Out goes to Hines' Decider article on the "Wild True Story of a Bruising, Brawling, Mafia-Connected Minor League Hockey Team."

Some of the other stories about the so-called original bad boys of hockey also are worthy of a read:

Tax crimes, too: I know, since this is a tax blog, you're wondering, "What's the tax hook?" Glad you asked.

James "Jimmy" Galante, the family patriarch behind Automated Waste Hauling and the Danbury Trashers, occasionally ran afoul of the law. That included a stint in federal prison for — wait for it — tax evasion (and a few other things).

The elder Galante also agreed, as part of a 2008 plea deal with the U.S. Department of Justice, to pay the Internal Revenue Service more than $1.6 million in back taxes, interest, and penalties that were due from a conspiracy to defraud Uncle Sam's tax collector.

Yes, an old tax conviction is a tenuous connection, but it is one. Plus, it's a Saturday, and it's my blog, so it counts as a tax-related Saturday Shout Out!

And now, since I'm through posting for the day, I'm going to take in a double header (yeah, I know, a different sport) of the Netflix Trashers documentary and "Slap Shot."