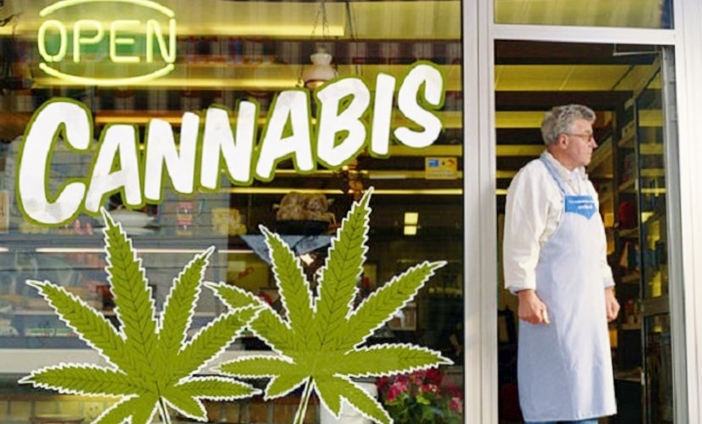 Is the fifth time the charm? The owners of cannabis businesses legal in their states certainly hope that modified multiple maxim is true.

The Secure and Fair Enforcement (SAFE) Banking Act would allow cannabis businesses in the 36 states with retail dispensaries (that are taxed) to operate the same way their non-marijuana related colleagues do. They could pay their federal taxes with a check, secure loans to expand their operations, and accept bank debit card transactions by customers.

Right now, that's all problematic at best. Businesses that sell marijuana are limited in their banking options since the plant still is considered an illegal Schedule 1 drug under federal law.

Banker balk at dealing with pot purveyors: Under current the current drug and financial laws, most U.S. banks don't want the added hassle of accept marijuana businesses as customers.

Banks could face consequences, if the powers that be so desired to act, since proceeds from even legal cannabis-related businesses could be considered proceeds from unlawful activity on the federal level.

Supporters of leveling the banking field for legal cannabis operations have been trying for years to enact federal relief. The most recent version of the SAFE Banking Act is sponsored by Rep. Ed Perlmutter, a Democrat from Colorado, which along with Washington in 2012 became the first states to legalize recreational marijuana use.

Marijuana banking amendment approved. Again: On Sept. 21, the U.S. House agreed by voice vote to an amendment offered by Perlmutter that would bar federal banking regulators from taking action against banks that serve cannabis businesses operating legally under state law.

The amendment, which incorporates provisions of Perlmutter's cannabis banking bill, was added to the National Defense Authorization Act (NDAA), the fiscal year 2022 authorization bill. That measure with the cannabis add-on subsequently passed the full House. It's now awaiting Senate action.

#SAFEBanking will strengthen the security of our financial system & keep bad actors like cartels out.

Most importantly, it will reduce the risk of violent crime in our communities.

It's passed the House 5 times. We cannot wait any longer to address this public safety threat. https://t.co/inwnn6ouR1

Optimistic about added acceptance. Again: Previous efforts have made it this far before, but failed when it came to final consideration.

Perlmutter, however, is optimistic. His focus is not on cannabis, but the public safety component of his legislation.

"I've been talking for years about the serious public safety threat that exists in our communities. The SAFE Banking Act will strengthen the security of our financial system and keep bad actors like cartels out of the cannabis industry," the Denver Representatives said in a statement following the House approval of his amendment.

Shutting legal cannabis businesses out of the banking system forces them into cash transactions that involve greater risks, including for theft and money laundering, he added.

That's what Perlmutter says he and his SAFE Banking Act supporting House colleagues will stress in working with the Senate to keep the amendment in the must-pass defense bill.

"I mean, the fact that it deals with cartels and national security, on top of the need for the public safety piece of this thing, I think that we’ll be able to convince the conference committee and the conferees generally to keep it in," Perlmutter told Marijuana Moment.

More marijuana banking coverage: And that interview, as well some other coverage of the SAFE Banking Act and its current legislative outlook, are this weekend's Saturday Shout Outs.

I suspect, despite Perlmutter's commitment and enthusiasm, the Forbes' analysis is the most likely outcome. Again.

But it appears that many members of Congress who accept political support from the beer, wine, and liquor industries, and attend fundraisers where those products flow freely, still are a bit leery of giving marijuana the same consideration, despite the widespread state approval of recreational and medical use of cannabis.

You also might find these items from the ol' blog of interest: