The loss of tax revenue is substantial, since most states collect tax (or are supposed to) on all their meals, from eat-in to pick up to delivery. 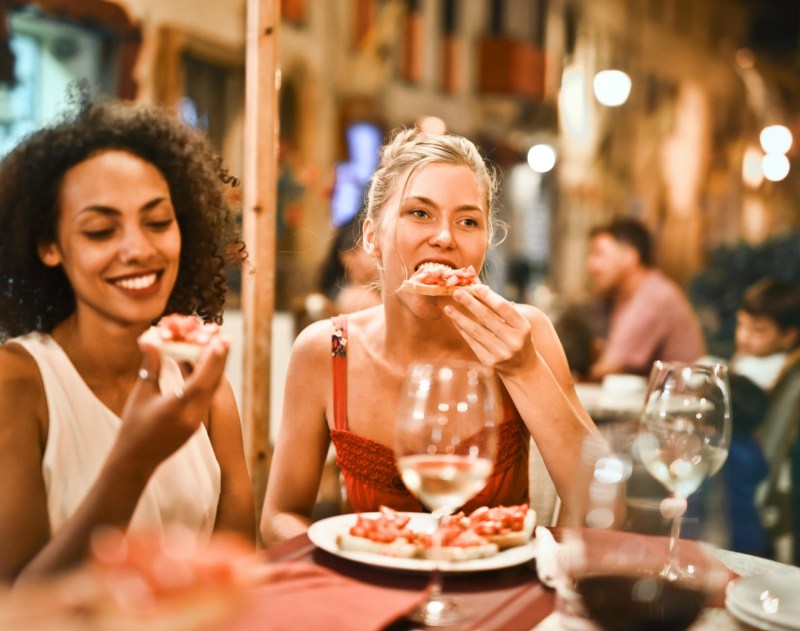 Tasty and taxable. (Photo by Adrienn via Pexels)

Running a restaurant poses many challenges. Dealing with increased food costs. Hiring and training staff. Finding an accessible and affordable location. Complying with health and other regulatory rules. Paying taxes.

The tax consideration is getting special attention in California, where an extended investigation reveals that around a fifth of the state's restaurants are using high-tech methods to skip out on taxes.

"The California Department of Tax & Fee Administration conducted audits of 2,197 restaurants between 2014 and 2019 and specifically examined each business’s point-of-sale system for the presence of sales-zapping devices or software," reports Bloomberg Tax.

So-called zappers are used to delete actual sales from a business' point of sale records. The set-ups essentially divert sales from the sums that restaurants use to calculate how much sales tax the business owes.

One count found that more than 30 states have enacted some form of anti-zapper legislation.

Millions lost in CA, billions nationwide: In the California case, tax officials calculated the tax loss from such illegal conduct at more than $30 million during the five-year audit period, according to Bloomberg Tax. The tax publication obtained the data after filing an open records demand for tax enforcement data from the department.

On a broader scale, a recent report prepared by Bloomberg Tax indicates that tax losses due to zappers and other sales tax suppression techniques are costing the states and the federal government up to $30 billion annually.

Eating in or out, taxes apply: Nationally, prepared foods ready to eat on or off the premises generally are taxable.

Depending on where you live and whether local taxes also are charged, the receipt's tax line item sometimes can be more than an actual food item you enjoyed at your meal.

And while the COVID-19 pandemic has prompted changes in our eating out, notably that many of us are [still] getting prepared food to go now, the tax situations generally are the same.

"For many restaurants, nothing will change, since prepared food for consumption on or off the premises is often taxable anyway (meaning restaurants are already collecting sales tax)," says sales tax compliance company TaxJar.

To help diners, whether getting table service or picking food up at the restaurant or having meals delivered, make sure they are paying the appropriate taxes, TaxJar has created a state-by-state food sales tax guide.

You'll see that some states get specific about what it considers prepared food, going so far as to denote the presence of utensils and the temperature of the edibles and how many ingredients are involved.

And you thought taxes alone were complicated. Combining food and taxes is a recipe for, in too many cases, a major compliance mess.

Ohio food tax treat: But there is a special tax menu item for Ohio diners.

TaxJar points out that the Buckeye State's sales tax is a bit different in that it declares food that is to be consumed off the premises is not taxable.

So you might want to pick up your meal in Ohio and use your tax savings to order another to-go appetizer or, my favorite choice, dessert.

I was surprised to learn that a violation of the CA anti-zapping law is only a misdemeanor. For example, under this law only, without piling on other statutes, an installer who installs this software on one hundred machines would be charged with 100 misdemeanors but no felony. However, I'm not a lawyer. I suppose by piling on conspiracy and abetting theft of thousands of dollars, one or more felony counts could be sustained.