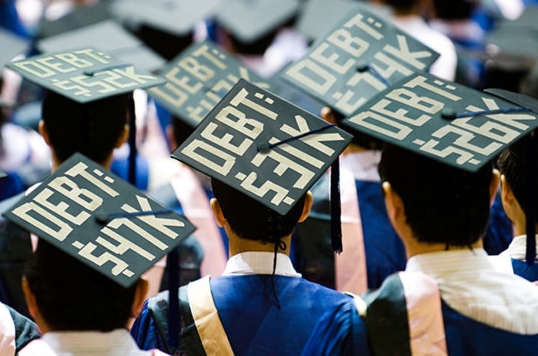 Even before the COVID-19 pandemic created a plethora of economic problems, student debt was a national concern.

Student loans are among the largest contributors to household debt, according to a recent U.S. Census Bureau analysis. It cites Department of Education estimates that in 2017 the total amount owed in federal student loans was $1.37 trillion.

That figure no doubt has grown dramatically in the last four years, exacerbated by the recent job losses caused by the coronavirus.

Federal student debt relief moves: As the higher education debt dollars pile up, Washington, D.C., is working on ways to deal the costs to students, their families, and the U.S. economy.

When the new Congress convened in January, lawmakers who made student debt relief a key campaign plan, introduced legislation. They also called on President Joe Biden to deal with the matter through executive actions.

Biden did so on his first day in the Oval Office, extending the freeze on federal student loan payments. On Aug. 6, he directed the U.S. Department of Education to extend the freeze for an additional six months.

Other federal help: The White House action buys millions of debt-ridden students some breathing room until longer-term relief is hashed out in Washington, D.C.

In the meantime, with college students heading back to campus, at least in some cases, there is existing help from Uncle Sam.

There are a couple of federal tax credits, the American Opportunity and Lifetime Learning credits, the deduction for student loan interest, as well as tax-favored 529 plans offered by every state.

But the crucial retirement tax planning area also can come into play here.

Financially secure grandparents can give thousands of tax-favored dollars to help out their college-bound grandchildren.

Valuable, tax-free grandparent gifts: One of the easiest ways to help a struggling student is through cash. But we're not just talking the usual checks or crisp new bills that Grandma and Grandpa hand out in a card each birthday.

Specifically, you can give up to this amount, which is adjusted annually for inflation, every year to anyone you want without tax ramifications for the gift recipients.

Easing estate tax potential: These financial gifts also can pay off for the givers by helping reduce an estate's value to ensure that it's not subject to the federal estate tax.

For 2121, an estate worth of up to $11.7 million is tax-free. And, yes, like the exclusion amount, it's adjusted for inflation each year, too.

That multimillion federal estate tax trigger is per person, meaning the exemption amount for a married couple this year is $23.4 million.

When an estate exceeds those single or married amounts, then and only then is the federal estate tax, which can go as high as 40 percent, assessed on the overage.

If your worldly goods are near that estate value threshold, congratulations (tinged with a bit of jealousy). That also means that you need to consider giving some of it away before Uncle Sam reads your obituary.

Not only will the allowable annual gifts help keep your very valuable estate from getting dinged by the Internal Revenue Service when you're gone, giving them now means you're around to get the thanks and hugs.

Double gifting for couples: Note, too, that if you're married, you and your spouse each can gift the generous gifts. Yes, even to the same person.

Since we're talking grandparents and grandkids, that means Grandmother can give Jane $15,000 and Grandpa also can give her another $15,000. That's a potential total $30,000 gift to Jane and all her siblings and cousins.

Doting grandparents with six grandkids can lower their estate's value, per my handy calculator's math, by $180,000.

If they also choose to give to their grandkids' parents, that's even more that stays in the family instead of potentially heading, eventually, to the U.S. Treasury.

Pay more, more directly: Of course, you need to be confident that your grandchildren will use your annual tax-smart financial largess to pay their college costs. If you're not so sure, you have another option. 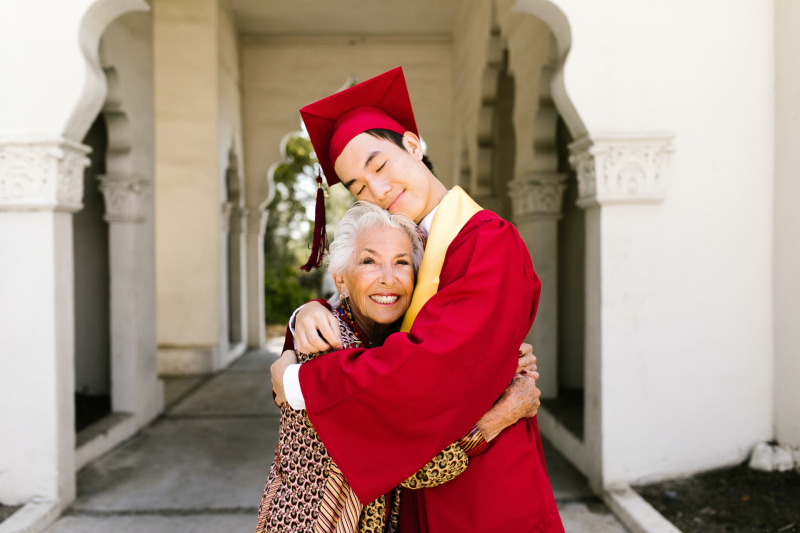 Pay your grandchild's tuition directly by sending the money straight to the school. When grandparents do this, they aren't limited to the $15,000 gift exclusion amount.

The direct-to-the-bursar amount can be whatever tuition your grandchild's school charges. And you don't to file a gift tax form to report the overage, which is required when you give more than the annual exclusion amount to an individual.

Be careful, though, about what you're paying to the school. The no-limit money from the grandparents can only go toward tuition. It can't be used to pay for other higher education costs like books or dormitory charges.

But compared to tuition, that's pocket change. Trust me, your grandkids (and their parents) will be very grateful.

Plus, if you're still feeling generous (and can afford it), you can still give your studious grandchild an additional $15,000 tax-free for those ancillary college costs.