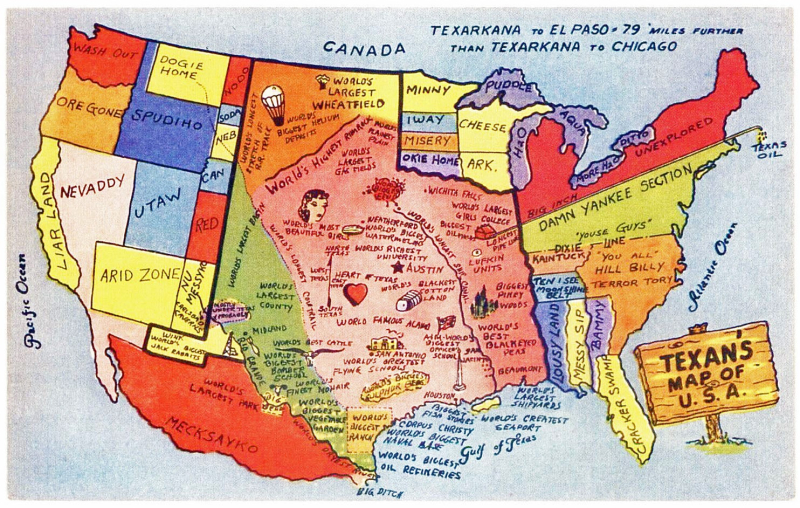 Individuals and private businesses weren't the only ones to take economic hits during the persistent pandemic.

As people started isolating, either of their own volition or due to mandates, and retailers had to close, states officials also started worrying about the associated revenue damage that COVID-19 would cause to their treasuries.

Apparently, in several states those fears were, thank goodness, exaggerated.

Flat or increased revenue for many states: "Despite historic declines in the first half of 2020 because of the coronavirus pandemic, tax revenue was on the mend in most states by the end of the year," according to a recent analysis by The Pew Charitable Trusts.

"Boosted by widespread gains in the fourth quarter, total state tax collections had recovered to just 1.9% below their pre-pandemic levels by the close of 2020, after adjusting for inflation, and receipts in 20 states had rebounded fully," writes Barb Rosewicz, project director, State Fiscal Health, at Pew. Justin Theal and Alexandre Fall assisted with the research.

The trio found that overall, state tax revenue has been on track to bounce back far faster than it did after the Great Recession. That's good news for most jurisdictions since, notes the Pew data, when COVID reactions kicked in, the March 2020 disruptions to daily life triggered a sharper decline in total state tax revenue than was recorded during at least the past two recessions.

A literal look at states' revenues: Citing preliminary monthly data from the Urban Institute, the Pew report shows total tax revenue continued to grow at least through May 2021. 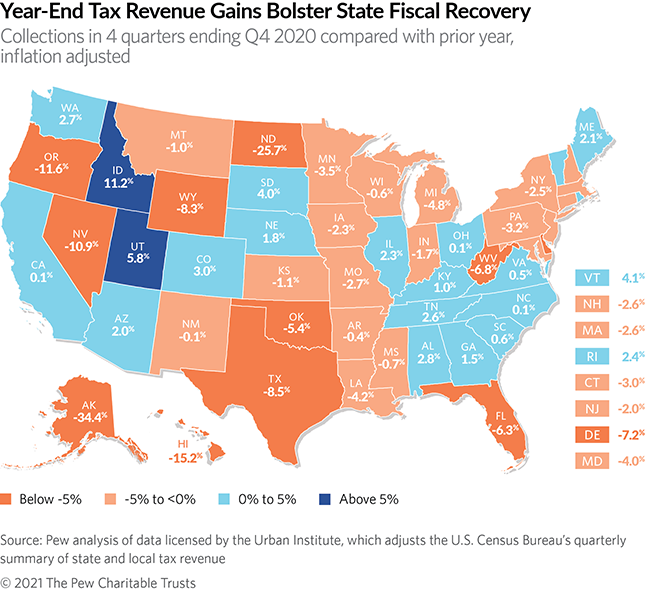 In addition, note Rosewicz et al, states' more recent fiscal outlooks have brightened considerably thanks to increased vaccinations, the easing of public health restrictions (before the Delta and Delta Plus variants appeared), strong national economic growth, and the infusion of the American Rescue Plan Act's nearly $2 trillion in federal aid across the economy.

State differences affect revenue status: Of course, every state and its fiscal needs are different so the revenue rebounds weren't universal or at the same speed. Here are some highlights from the Pew report:

Note, too, that of the 11 states with the largest revenue drops, five are states that have no personal income taxes. They are Alaska, Florida, Nevada, Texas and Wyoming.

And while states' total 2020 tax revenue was down compared with 2019 levels, the fourth quarter was a bright spot, says Pew.

"Overall, collections grew 4.7% from a year earlier, solidifying states' tax revenue recovery after historic volatility in the second and third quarters of 2020 because of the pandemic’s initial impact and a delay in the income tax filing deadline, which shifted large sums of payments from April to July," according to the report.