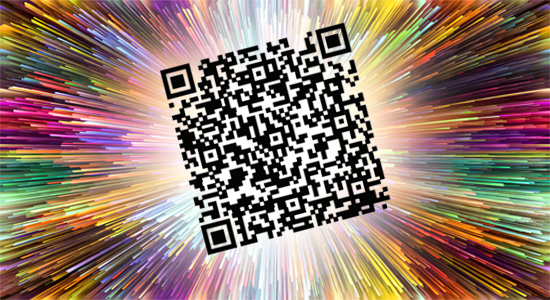 Last fall, the Internal Revenue Service announced that it was adding QR, or Quick Response, codes to some of the notices it sends taxpayers. Specifically, the codes are going on tax due notices.

The goal, says the IRS, is to make it easier for taxpayers to deal with the notices. Recipients of the QR coded correspondence can use their smartphones to scan it and go directly to IRS website. From there, they can access their taxpayer account, set up a payment plan, or contact the Taxpayer Advocate Service.

Basically, the digital option eliminates the tax middleman or woman. Filers don't have to call or interact with IRS personnel in order to resolve their issues.

It also will help the IRS, which continues to face staffing issues. In normal times (remember those?), the agency is strapped to deal with the millions of notices it sends each year. COVID-19 pandemic complications have put even more pressure on the IRS and ratcheted up taxpayer and tax pro frustrations.

The hope is that the QR electronic contact option will alleviate some of the tax assistance troubles, for individuals seeking help or information, as well as for IRS personnel.

Now the IRS has announced which collection notices sport the electronic emblems. They are:

These redesigned notices now have simplified language to direct taxpayers to self-help options on the IRS website, according to the agency. The added QR codes will take taxpayers directly to the Online Payment Agreement application or to set up their tax account online.

Code timing: Just when will we see the QR codes? Some folks already are.

Darren Guillot, IRS Commissioner of Small Business/Self Employed (SB/SE) Collection, noted in a recent "A Closer Look" column that the agency put the CP Notices, LT17 and LT19 letters into production in January 2021.

The LT11 and LT16 letters are also in production and will be issued to taxpayers with a balance due.

The CP14IA is for taxpayers who established a pre-assessed payment plan. It will be sent to taxpayers in lieu of the standard CP14 to improve taxpayer understanding of the process and reduce the volume of phone calls.

"The taxpayer has direct access to online channels to view their tax account or adjust their agreement through the QR codes embedded in the notice," wrote Guillot. "We placed the CP14IA notice into production in January 2021."

All the newly QR-coded correspondence pieces are worthy of this week's By the Numbers honor. However, I'm going with the new one, CP141A.

This post with more on the QR notices also now joins the party at the ol' blog's Tax Forms Fiesta! page. 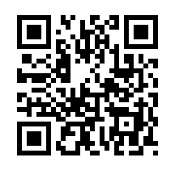 More online involvement registered: Naturally, the QR option was tested. And, also not surprisingly, each of the notices showed different results in the randomized pilot programs.

But there were some commonalities.

"All of them showed increases in payment compliance, use of self-service tools, and rates of installment agreements being established, as well as reduced cost per case resolution," according to Guillot.

Specifically, the tests of the redesigned notices increased the use of online service channels by more than 70 percent, said Guillot. The most commonly scanned QR code was the "View Your Tax Account" landing page.

"All of this was accomplished with minimal effect on the volume of incoming phone calls," he added.

More online could free up phone reps: That taxpayers took to the QR tests without following up by phone is good news for the IRS. One thing the agency definitely doesn't need is more incoming calls, since phone response has been an area where the IRS traditionally (and consistently) has received low customer satisfaction marks.

The agency also argues that shifting more taxpayers to online assistance is a net positive for taxpayers.

"By emphasizing the availability of self-service channels, we're helping to empower taxpayers to resolve their outstanding tax issues through their preferred channel," he wrote in the IRS online column.

Of course, some taxpayers won't use the QR option. Even though much of the country is going more electronic every day, the preferred channel for e-transaction holdouts will continue to be using their phones, smart or otherwise, to talk to an IRS representative.

But if more taxpayers do use the QR codes, that should help relieve some of the dial-in bottleneck for those sticking with old-school tax resolution ways.