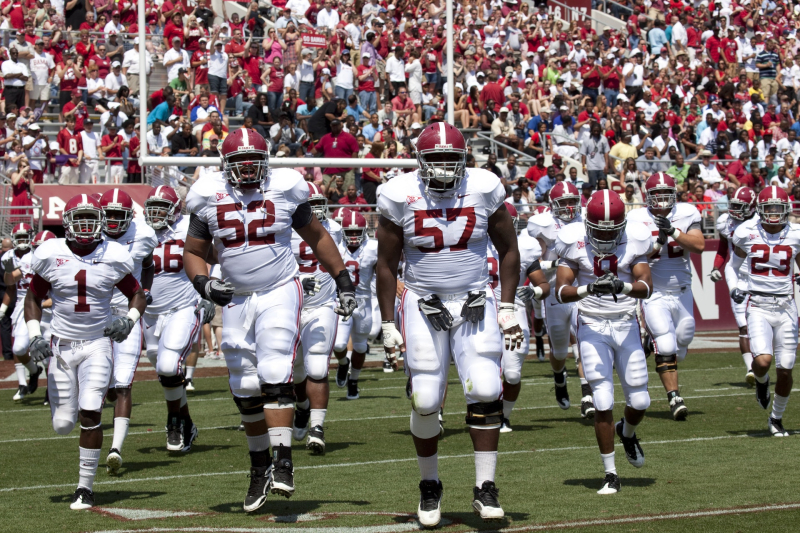 The University of Alabama soon might have some new competitors in the SEC.  (Pixabay via Pexels)

Sure, the COVID-delayed 2020 Summer Olympics are finally underway, but here in Texas we're fixating on, what else, football.

The Dallas Cowboys will kick off the NFL's 2021 preseason in a couple of weeks, but it's college football that is dominating the conversation right now.

It looks like the Big 12, which only has 10 colleges in the conference, is about to lose two more. Oklahoma (OU) and Texas (UT) reportedly are joining the Southeastern Conference (SEC).

Not only would that mess up the already misbegotten math of the National Collegiate Athletic Association (NCAA) conference's name, it likely will doom the Big 12. School officials, state lawmakers and fans across the conference are variously ecstatic or apoplectic.

Personal aside, the Big Now Not 12 always has been dead to me, regardless of how it was counted. When I went to school at a member university (Guns Up!), it was the Southwest Conference. But enough strolling down memory lane.

Call of college competition cash: The reason for the OU and UT defections, as it is with just about everything nowadays, is money.

USA Today reports that the SEC generated $729 million in total revenue during the 2020 fiscal year and the conference distributed about $45.5 million to each of its 14 member schools. In comparison, the Big 12 reported revenue of $409.2 million for fiscal year 2020. Payouts ranged from $37 million to $40.5 million among its 10 member schools. SEC revenue is set to increase with a 10-year deal with ESPN worth about $300 million annually, which is scheduled to go into effect in 2024.

Big bucks also are a motivator for ostensible student athletes at colleges in all conferences across the United States.

I'm not just talking about the potential for multimillion-dollar post-collegiate paydays with professional sports teams. Thanks to a recent U.S. Supreme Court decision, college players can parlay their college participation into major moolah while still in school.

New student athlete payday prospects: Yep, the days of students accepting cash or anything from supporters or corporate sponsors and then seeing their places on the team taken away by the NCAA are long gone.

That opened the way for students, not just their universities, to cash in on the player's name, image, and likeness, aka NIL, rights. More importantly for the players, the court-mandated change in policy now lets college athletes profit from NIL compensation without jeopardizing their collegiate eligibility.

Of course, once those young athletes start earning NIL money, all sorts of other questions arise. One of the big ones is, of course, what are the tax implications. It's safe to say they aren't nil. (Sorry, not sorry; couldn't resist a second pun punch.)

Want more? Then check out the second shoutout to Sportico's look at the reality of NIL for college athletes and their sponsors.

Enjoy both the transcript and article.

Financial education needs: But before I go, I want to add a few thoughts beyond my college sports fan recollections.

The ability of college athletes to benefit financially from their NIL is long overdue. Yes, they get their school costs paid. Given how that expense has exploded in recent years, that's a big benefit.

But schools also have taken advantage financially (and more) of young stars' skills and popularity. It's well past time the players got a piece of the pie that they helped bake.

Second, these young people need to get some financial and tax advice as soon as possible as semesters start (or before). Many will be making more money than they've ever had or imagined. Most will be dealing with the Internal Revenue Service for the first time. Both situations are not for amateurs.

As the Sportico story notes, some schools plan to educate their athletes on basic tax, finance and budgeting issues. Others will be obligated by state NIL statutes to do so.

However, the student athletes need additional and personal guidance that takes their individual circumstances, tax and otherwise, into account. Just relying on a well-meaning teacher, lifelong friend, an uncle who took some accounting classes or even an agent is not enough.

For years we've seen college athletes who turn pro immediately get into financial trouble. Or get into money and tax trouble while playing or after retiring. Those adverse circumstances definitely don't need to appear while the young people are still in school.