Some U.S. Olympians get a tax break on medal winnings 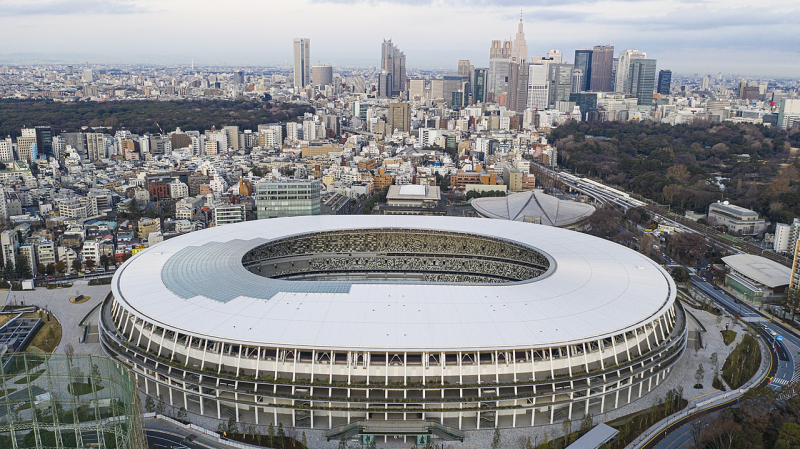 The newly built Japan National Stadium in Tokyo will host the 2020 Summer Olympics opening ceremonies on July 23, 2021, as well as some of the COVID-delayed games' events. (Photo by Arne Müseler via Wikipedia Commons)

The 2020 Olympics from Tokyo officially start on Friday, July 23.

No, the opening ceremonies arriving after some events' preliminary matches have already been played doesn't mean we get do-overs. Sorry, women's U.S. soccer team.

Yes, the global sporting event is keeping last year's designation for continuity's sake, as well as not having to go to the expense of reproducing material created before the COVID-19 pandemic effectively stopped the clock for millions, at least here in the United States, on March 13, 2020.

And yes, the coronavirus definitely will affect some outcomes. Some athletes have lost their chances due to COVID protocols. Others have voluntarily decided they aren't competing.

That should open up the fields (or pitches or courts or …) to new international sports stars.

Tax price, or not, of winning: Taking home an Olympic medal, even one during beleaguered competition, is a remarkable accomplishment.

For some, it's also a nice payday.

There are, of course, the potential sponsor and endorsement deals for the new or repeat champions. Plus, in many cases, there's a financial reward directly tied to which medal is won.

Each country's Olympic committee decides what the games' victories are worth. The United States Olympic Committee this year is awarding athletes $37,000 for a gold medal, $22,500 for a silver, and $15,000 for a bronze. The medals themselves, though more valuable from an emotional standpoint, also are worth a few bucks.

The good news for many U.S. Olympic champions is that Uncle Sam no longer taxes those fiscal awards or value of the medals.

In 2016, the United States Appreciation for Olympians and Paralympians Act became law. It exempts many American Olympic athletes from paying what was dubbed a victory tax on their medals and prize money.

This is particularly good news for the athletes who aren't stars in their sports. These are the men and women who, while getting fleeting glory during the games, are unknown the rest of the time.

They rarely get big-dollar endorsements. For many, it costs a lot to train and compete. Some even turn to GoFundMe to raise money to make it to the international venues. These competitors definitely deserve a tax break for their efforts.

Rich medalists still owe taxes: That was the reason for the law change. But Congress thought that some superstars, especially well-paid professional athletes, didn't need the tax help for what it to them a relatively minuscule amount.

So in crafting the law, they decreed that the Olympic earnings exemption doesn't apply to athletes who make an adjusted annual gross income of more than $1 million.

That means that Kevin Durant, star forward of the NBA's Brooklyn Nets and already a two-time Olympic gold medal winner, will have to pay tax on his $37,500 if he picks up his third gold in Tokyo. Handing over a few more dollar to Uncle Sam shouldn't be a problem, since his projected 2021 income is more than $39 million.

However, gymnastics GOAT (greatest of all time), sought-after brand spokesperson, and America's Athletic Sweetheart Simone Biles — did I mention she's a Texan? 😁 — might get the tax break.

While Biles' net worth is estimated at around $4 million, guestimates of her annual salary fall below the $1 million mark. In fact, according to most websites that track athletes' and celebrities' earnings, Biles makes $300,000+/- a year. That gives her plenty of tax-free medal income leeway even if she's as successful in Tokyo as she was at the games in Rio and adds another $165,000 in Olympic money to her 2021 earnings. 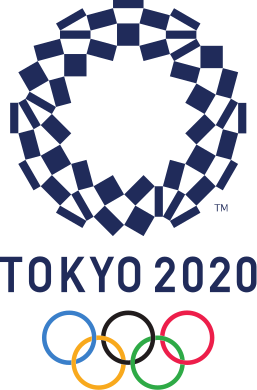 Non-tax Olympics info: If you want some more Olympic tidbits beyond the U.S. taxes on the participants' winnings, here are a few Tokyo 2020 facts you can use to impress your family and friends, courtesy the U.S. Census Bureau.

The Japan-based Olympic Games will officially run from July 23 through Aug. 8. But while Tokyo is the host, a number of sports and events will take place at 41 venues outside the Japanese capital.

Sharing the Olympic venue wealth is necessary because the games include 339 events in 33 sports. For live viewing or DVR details, check out the full competition schedule.

In addition to soccer matches, other events that started early include baseball and softball, so-called new additions to the 2020 games. However, the stick-and-ball disciplines previously were part of the Olympics until the Beijing games in 2008.

Other competitions making their Olympics debut in Tokyo are karate, surfing, sport climbing, and skateboarding.

In addition to the new sports, you can expect to see new disciplines in existing sports, including 3x3 basketball, freestyle BMX, and mixed gender events in various sports such as swimming, athletics, triathlon, judo, and archery.

Whichever sport or athlete or country you're rooting for, good luck to them. But regardless of the outcome, enjoy the events and appreciate all the effort that these elite athletes have put into getting to the games.