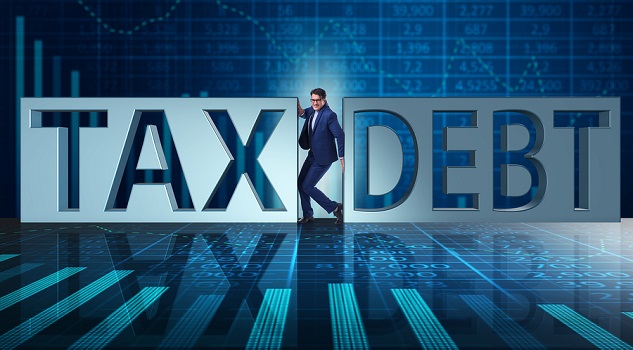 July 15 is a big day for the Internal Revenue Service and taxpayers.

Millions of families will start getting Advance Child Tax Credit payments this Thursday. It's also the day the IRS resumes additional collection and enforcement actions that, due to the COVID-19 pandemic, had been suspended.

"The majority of compliance operations are already running normally after being suspended to provide pandemic-related relief during the People First Initiative April 1, 2020, through July 15, 2020," notes the IRS on a recent update to its mission critical functions web page.

However, says the agency, it kept its systemic and automated lien and levy programs idle since April of last year. That ends this week:

"With the recent progress the country has made in controlling the COVID-19 pandemic, economic activity is returning to normal. Therefore, IRS plans to return to its normal collection casework processes later this summer to support integrity of the nation's tax system."

That "later this summer" date is specified further down the page. It's Thursday, July 15, 2021.

And it covers two areas that had yet to return to regular activity — tax levies in coordination with state and federal agencies and potential passport revocations due to seriously delinquent tax debt.

Getting back to collecting overdue taxes from other refunds: The IRS says it will resume sending automated levies on July 15 in coordination with other state and federal agencies. This includes the following three governmental operations:

However, another state program that works with the IRS gets a bit more time. The Alaskan Permanent Fund Dividend Program (AKPFD) coordination with the IRS regarding overdue taxes will resume on Aug. 15, 2021.

Next ACS steps: Mid-July also is notable because it marks a month since the IRS' Automated Collection System (ACS) resumed operation.

On June 15, the IRS began following up with taxpayers who failed to respond to prior notices. Last month, those individuals got balance due notices, some for 2020 and/or 2019 tax liabilities, as well as final notices, informing them that they had 30 days (45 if out of the country) to respond or pay their tax bills.

Those 30 days are this week, or a bit later this month for those not in the United States.

The IRS warns that taxpayers who fail to respond to the earlier notices could be subject to levies or Notice of Federal Tax Lien filings beginning Aug. 15.

By response, the IRS means pay the full tax due as shown in the notice, establish a payment plan, or reach agreement with the agency that the taxes are uncollectible.

Passports possibly pulled: Many vaccinated U.S. residents are planning to travel to Europe this summer. But federal tax trouble could pose problems for another necessary piece of documentation.

The IRS says that on July 15 it will resume notifying the U.S. State Department "to exercise their authority to revoke the passports of taxpayers with seriously delinquent tax debt that they fail to pay."

The IRS already had in March resumed certifying tax debt as seriously delinquent to the State Department. Such certification prevents a taxpayer from renewing or obtaining a new passport.

Now holders of valid passports could see them revoked if they owe Uncle Sam more than $54,000 in back taxes, penalties, and interest for which the IRS has filed a Notice of Federal Tax Lien and the period to challenge it has expired, or the IRS has issued a levy.

Reach out before IRS action: If you know (or think) you owe taxes, your best move is to make first contact with the IRS. It's also usually a good idea to hire a tax professional to help you make this call.

Proactively working with the IRS could help you resolve your tax debt on better terms. And by doing so as soon as possible, you'll reduce the additional penalty and interest charges.