IRS plans to hire thousands of auditors by September

The Internal Revenue Service and those who want Uncle Sam to go after tax evaders were elated when a bipartisan infrastructure bill included money for enhanced tax collection efforts. Proponents said the beefed-up proposal to close the Tax Gap could bring in an additional $100 billion over the next 10 years in owed but unpaid taxes.

However, that funding option has been scuttled.

"Well, one reason it's not part of the [infrastructure] proposal is that we did have [Republican] pushback," said Sen. Rob Portman (R-Ohio) during an appearance today on CNN's "State of the Union" program.

But there's still hope for the added tax enforcement money.

Portman also told CNN's Dana Bash that Democrats apparently are planning to put a similar IRS funding proposal into the upcoming reconciliation package. Reconciliation is a special legislative process that makes it easier for tax, spending, and debt limit bills to be passed by a simple majority, sidestepping opponents' filibusters. 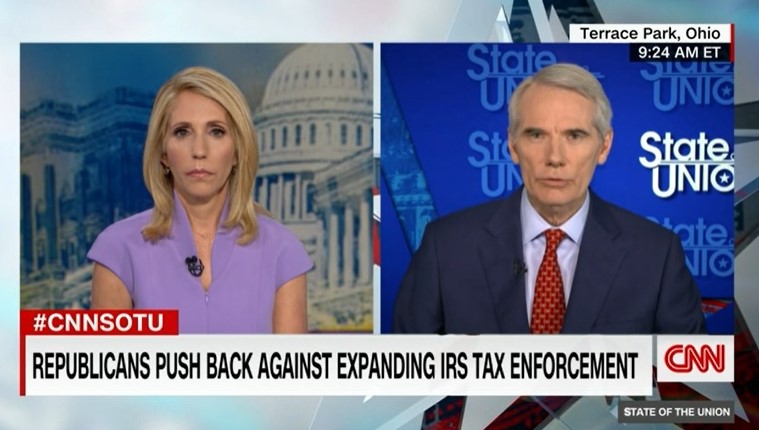 The reconciliation provision is, said Portman, "not just similar to the [infrastructure] one we had, but with a lot more IRS enforcement."

More auditors already on the way: The IRS obviously wants as much money as Congress will provide, as quickly as it can get it. But the agency is not waiting when it comes to going after uncollected taxes.

At a recent tax controversy forum at New York University, the heads of the IRS' Small Business/Self-Employed (SB/SE) and its Criminal Investigations (CI) divisions, told attendees that their units will be hiring thousands of auditors this fiscal year.

Specifically, the IRS officials said tax evasion assistance will be on staff by the end of September.

SB/SE will add about 2,000 new workers, including 1,300 field revenue agents, before the IRS' fiscal year ends, said De Lon Harris, SB/SE co-commissioner. Another 400 tax compliance officers will be available for in person audits, formerly called office audits, and more than 500 automated collection (ACS) phone representatives will be hired. The division expects to use the new personnel to increase compliance in the fuel tax, syndicated conservation easements, and employment taxes areas.

CI will add more than 500 people this year, with about half of those being special agents, according to James Lee, that division's commissioner.

A key factor in the increased hiring there is employees' bilingual ability, which they noted would provide benefits both in Puerto Rico and across the United States.

Beyond two divisions: The personnel moves, both in this fiscal year and any made possible by proposed by Biden Administration funding, are notable given the workforce hits the IRS has sustained in recent years.

The IRS is seeking to rebuild not just SB/SE and CI divisions, but across the agency, which has lost roughly 17,000 audit staff in the past decade, according to the officials at the New York conference.

Those 17,000 former IRS employees represent this week's By the Numbers figure.

It will take time to replace those critical staffers, but at least the agency has plans to start the process. And add more, as soon as Congress provides the dollars.