No surprise, but some details, on how billionaire sports teams owners use their teams to avoid taxes 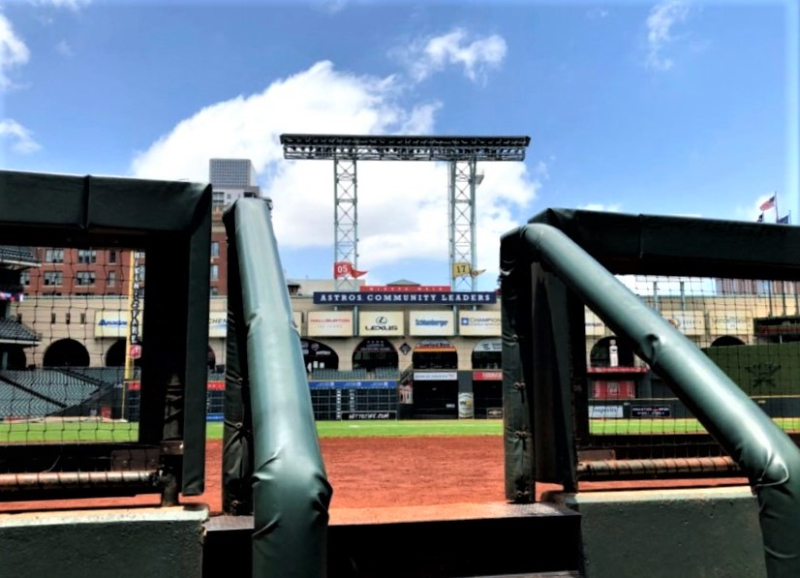 View from the Astros' dugout in Minute Maid Park. (Photo by Kay Bell)

The National Basketball Association's (NBA) championship series is on and, at least to this casual fan, surprisingly competitive.

Major League Baseball (MLB) has started its second-half, with my two favorite teams at polar opposite ends of the playoff picture.

But aside from summer crossover, there's one other thing professional sports teams have in common. The billionaire owners of major league sports franchise owners are always the winners, even when their teams lose.

How? By utilizing the U.S. tax code.

Taxes and team owners: "They have created a system in which the value of their teams rises astronomically in reality, but for tax purposes, nearly all of the assets that account for that value depreciate over time," notes Reggie Rucker, Public Affairs Manager for the Institute on Taxation and Economic Policy (ITEP).

Rucker's observation at ITEP's Just Taxes blog was prompted by the recent ProPublica report on how billionaire sports team owners use those teams to avoid millions in taxes.

But before you click on over to those pieces, here's ProPublica's own highlight reel, aka eight takeaways from the report.

2. The tax rates for team owners are so low, in part, because the tax code allows them to write off (amortize) almost the entire purchase price of their teams, a system experts say is detached from economic reality.

3. Owners across the NFL, NBA, NHL and MLB reported incomes for their teams that are millions below their real-world earnings, according to ProPublica’s review of tax information, previously leaked team financial records and interviews with experts.

4. These amortization benefits allow team owners to transform real-world profits into losses for tax purposes, allowing them to avoid taxes not just on their team profits, but also on income from other ventures.

5. The losses team owners get to report because of their stakes in pro sports teams allow them to dramatically reduce their personal tax bills.

6. Even the team owner who pioneered the depreciation of player contracts in the mid-20th century called the maneuver a "gimmick."

7. The tax code has evolved to allow team owners to write off a wide variety of assets beyond just player contracts.

8. Advocates for team owners point out that when owners sell their teams, they have to pay back the taxes they avoided by using amortization. The reality is more complicated.

Frustrated fans not surprised: That rich people, regardless of whether they're into sports or some other hobbies, are able to take advantage of the Internal Revenue Code is no surprise.

And yes, I do find it infuriating, both as a person whose job for most of my adult life has been covering taxes and as a sports fan. It's particularly exasperating when money takes precedence over team needs and fan wants.

Yes, I'm looking at you Jim Crane, pinching pennies in Carlos Correa's Astros contract situation. We already watched you let George Springer get away. And don't even get me started on what Peter Angelos has done to the once-proud Orioles.

Then there's Jerry Jones. Jerry, Jerry, Jerry, even your own son knows your fixation on dollars in dealing with Dak Prescott cost the Cowboys, both on the field and financially.

But I digress, as I'm wont to do when talk turns to sports.

Rich owners will keep screwing around with their teams (and fans' hearts) as long as the tax code and their expert accountants allow. I've reconciled myself to that sad reality. Now I just try to block it out, to borrow a sporting cliché, on a just watch one game at a time basis.

And thanks to the Saturday Shout Out feature that frees up my weekend a bit as far as tax blogging goes, I'm outta here to watch some day, and then night, baseball games.

Enjoy the pieces on sports owners' tax machinations. May all your teams win … unless they're playing mine!