Don't fall, regardless of your age, for tax or other types of fraudulent schemes. 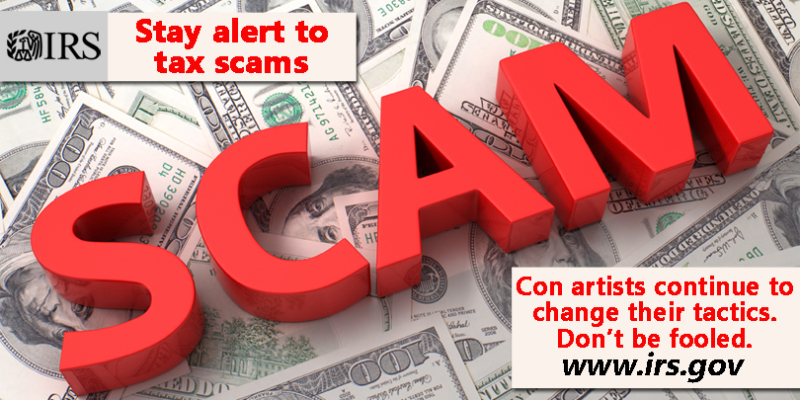 The Federal Trade Commission (FTC) announced last week that it is sending checks totaling more than $316,000 to 10,689 people who lost money to a student loan debt relief scheme.

The FTC began investigating this scam last year after reports of a company telling consumers that, for an upfront fee of $699 and a monthly fee of $39, the company would permanently lower or eliminate the individuals' student loan debts.

In reality, says the FTC, the payments could change every year, and loan forgiveness was not guaranteed for any consumer.

That's a perfect example of the point made by Ron Lieber in today's New York Times' Your Money column, "The Young Fall for Scams More Than Seniors Do. Time for a Warning."

"For years now, the Better Business Bureau's survey research has shown that younger adults lose money to swindlers much more often than the older people you may think of as the stereotypical victims," writes Lieber. That's borne out, notes Lieber, by FTC figures showing 44 percent of people ages 20 to 29 losing money to fraud, more than double the 20 percent of people ages 70 to 79.

So age and treachery do best youth and skill!

Tax schemes continue: Lieber's column comes on the heels not only of the latest FTC victory, but also a general tax scam warning by the Internal Revenue Service.

"In my role overseeing the IRS Office of Fraud Enforcement and having spent my early career in IRS Criminal Investigation, I've seen firsthand that criminals can be exceptionally good at playing on our emotions to lure us into a scam," writes Damon Rowe, Director of IRS Fraud Enforcement, in a recent A Closer Look column.

Rowe elaborates in his "When it Comes to Tax Scams, Knowledge is Power" article:

"Criminals need victims to believe them, so they try to instill fear and urgency by threatening the victim with arrest if they don't pay a bogus tax bill immediately. Or, they play on the victim's trust that they are being helped and that providing their personal and financial information will result in getting a financial benefit or something they are owed. Even the most street smart among us can be tricked by a savvy and unscrupulous miscreant."

These three reminders of the power of questionable offers and flat-out scams, tax and otherwise, and how we can avoid becoming victims earn this weekend's Saturday Shout Outs.

More scam alerts on the horizon: The IRS will be issuing its annual Dirty Dozen Tax Scams list next week. I'll let you know what they are as soon as they are released. Many schemes from prior year lists no doubt will make repeat appearances on the 2021 dishonor list.

You also can peruse my prior posts on tax-related scams and identity theft; yes, there's some cross over. Of particular interest right now (or any time) is 6 ways to avoid being a tax scam victim. The IRS has more tips and warnings at its dedicated tax scams and consumer alerts web page.

For scams beyond the tax sphere, check out the FTC's latest scam warnings and tips on how to avoid them, as well how to file a fraud complaint.

Be vigilant, tell others: The best way to avoid a scam, regardless of your age, is to be skeptical.

Yes, it's hard when a scam invokes the already intimidating IRS. It's doubly difficult when, as the agency's fraud chief Rowe notes, the crooks use our natural emotional reactions against us.

But take a minute when you're approached by an offer that seems a bit too good to be true. The same careful consideration applies if you're threatened with some extreme action, such as jail time or suspension of federal benefits.

Don't act immediately. Step back. Do some research. And if your further examination reveals the offer or threat is fake, report it.

You can alert the IRS of suspected tax fraud by calling the agency's Tax Fraud Referral Hotline toll-free at (800) 829-0433. The FTC has an online fraud reporting option.

"Whether you're a tax pro, taxpayer, state or federal tax administrator or industry professional, you play an important role in reducing scams," says Rowe. "You've heard the phrase 'If you see something, say something' when it comes to security, and it's just as relevant to tax fraud. This is a team effort, and when everyone is working together, we protect innocent people from being scammed."