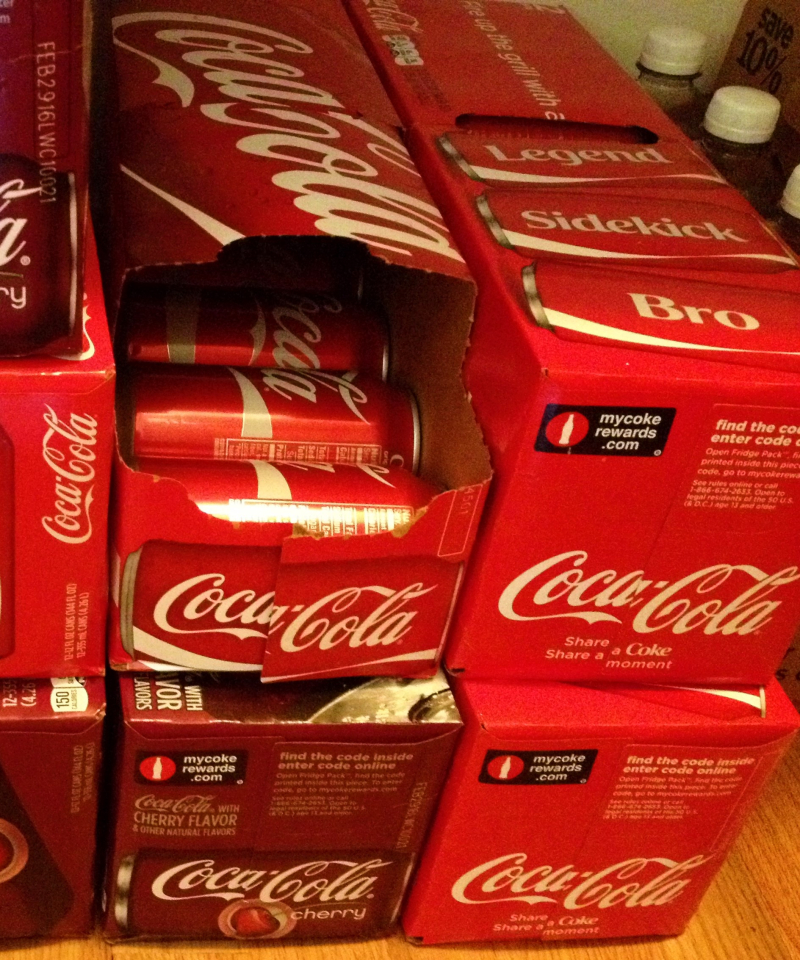 No diet drinks in our pantry! (Photo by Kay Bell)

Today we celebrate the sweet, iced or glazed, and often decorated treat we know as doughnuts. The first Friday of June each year is National Doughnut Day.

On the other 364 days, though, many of us try to avoid calorie-heavy foods and beverages. And many lawmakers want to help us resist our collective sweet tooth by making such items more expensive.

Specifically, they want to tack on new or additional taxes to the belt-busting products. In some cases, the so-called sin tax is on high-fat foods. But the main target here in the United States tends to be sugary beverages.

Regardless of where and at what legislative level they are introduced, these bills usually are referred to as soda taxes, even though they extend to a wide variety of sweetened drinks.

Rhode Island and Washington, D.C., are the latest jurisdictions to explore soda taxes. At the federal level, a bill to impose an excise tax on sugary drinks has been introduced by a U.S. Representative.

D.C. drink tax details: Six members of the national capital's city council are behind the Nutrition Equity Amendment Act of 2021.

Among the bill's provisions is a 1.5-cent per ounce excise tax on the distribution of sugary drinks in the District of Columbia.

In an attempt to make the measure more palatable, the bill also would repeal D.C.'s current sales tax on sugary drinks.

R.I. looking at two proposals: Two similar bills are before Rhode Island lawmakers, H5715 in the House and S0327 in the Senate. Both were filed under the state's Nourish Rhode Island campaign.

They each propose a 1.5-cent-per-ounce tax on sugary beverages such as non-diet soda, sports drinks and fruit drinks with added sugars.

The revenue from the R.I. levies would go toward providing a 50 percent discount on fruits and vegetables to those who qualify for benefits from the Supplemental Nutrition Assistance Program, or SNAP, often referred to as the food stamp program.

Businesses, however, are united against the new taxes. The beverage industry argues that the taxes would eliminate jobs. Retailers also say they could be hurt, and possibly driven out of business, if customers decide to purchase lower-priced sugary drinks elsewhere.

It's too early to speculate on the fates of the D.C. and R.I. sugary drink tax bills.

DeLauro has introduced similar versions of the federal tax on sugary beverages in earlier Congressional sessions. Back then, the measure was dubbed the Sugar-Sweetened Beverages Tax (SWEET) Act.

The latest bill, H.R. 2772, would impose an excise tax on sugary drinks. The money collected from the new federal tax would go toward efforts to prevent, treat, and conduct research into diet-related health conditions in disproportionately impacted populations.

Given all the other issues facing Congress, not to mention the current political animosity that's still simmering, it's likely that DeLauro's latest beverage tax bill will, like its predecessors, go flat.