Pay your taxes to protect your passport 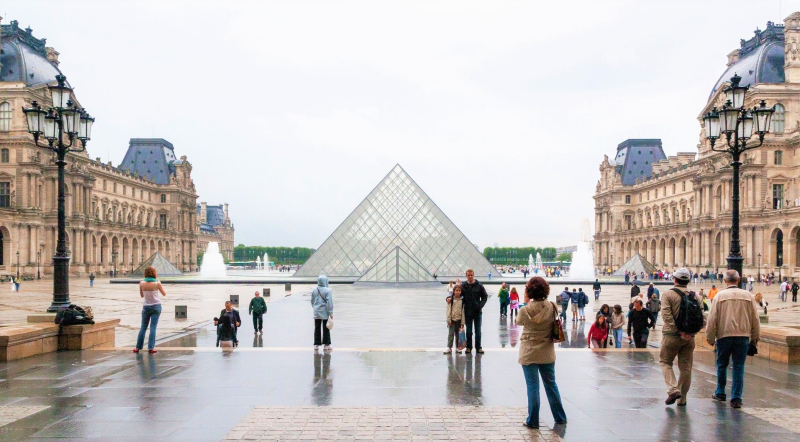 More tourists, including American travelers, are expected this year at the Louvre and other European destinations as countries continue to get a better handle on the coronavirus. (Photo by Dimitry Anikin from Pexels)

Most Americans are looking forward July 4th to celebrations this year like the ones they enjoyed pre-COVID. The vaccinated hubby and I are among that group, although I admit that last year's fireworks free festivities were fine with us.

Others, however, are planning on declaring their coronavirus independence in a global fashion.

The European Union (EU) plans a gradual and partial easing of its international travel ban on July 1.

The 27 EU member nations still can require test results, vaccination records or set other entry conditions for visitors. Still, it's a start, and one many U.S. travel fans plan to enjoy.

But before they start packing, some eager travelers might need to add tax payments to their travel checklist.

Big tax bills could post passport problems: The Fixing America's Surface Transportation Act, or FAST Act, that became law in December 2015 included a provision that authorizes the State Department to revoke, deny or limit passports for anyone the Internal Revenue Service certifies as having a seriously delinquent tax debt.

When the law was enacted, the seriously delinquent tax threshold was set at $50,000. Each subsequent tax year, the IRS can adjust the amount of unpaid taxes if inflation so dictates.

For 2021, the amount of a serious delinquent tax debt that could get your passport pulled $54,000 or more.

Court challenges to regain travel papers: Some folks have tried to challenge the tax-passport connection, notably as restrictions on their constitutional rights. They haven't had much luck.

In examining the recently decided federal district court case Jones v. Mnuchin, CPA Zachary J. Montgomery points out that the plaintiff "argued, in part, that the right to international travel was a fundamental right (and therefore subject to a strict scrutiny standard) based on the First Amendment, Fifth Amendment, Ninth Amendment, Fourteenth Amendment, and the Privileges and Immunities Clause."

J. Randal Hall, chief judge of the United States District Court, Southern District of Georgia, was not persuaded. He summarily dismissed the taxpayer's arguments and denied the motion for summary judgment. Instead, Hall found in favor of the IRS.

"The taxpayer could not show that substantive due process or procedural due process had been violated, so the court denied the taxpayer's arguments," wrote Hall. In addition to confirming the validity of Internal Revenue Code Section 7345, which is the clause applicable to the FAST Act, Hall offered all potential global travelers some advice:

"Taxpayers should understand that their rights to international travel may be hampered by unpaid tax liabilities (particularly those greater than $50,000). Besides paying the tax liability below the threshold, taxpayers should exhaust all administrative options (e.g., innocent spouse relief, installment agreement, etc.) to protect their passports."

Tax Court takes a stand, too: On the heels of that March federal court ruling, the U.S. Tax Court also dispensed with a taxpayer's contest of certain tax issues related to Section 7345.

That change in federal tax debt status occurred while the court case was pending. And that then made his U.S. Tax Court pleading moot.

But, notes Montgomery, who also is an attorney with Texas-based Freeman Law, the Tax Court "disposed of the taxpayer's other claims on jurisdictional grounds."

Instead, touch base with the IRS about ways you can resolve your seriously delinquent tax debt.

The sooner you pay all or as much as you can as quickly as you can, the sooner you can call your travel agent and get your international excursion back on post-COVID track.