2.8 million in unemployment tax refunds have been issued 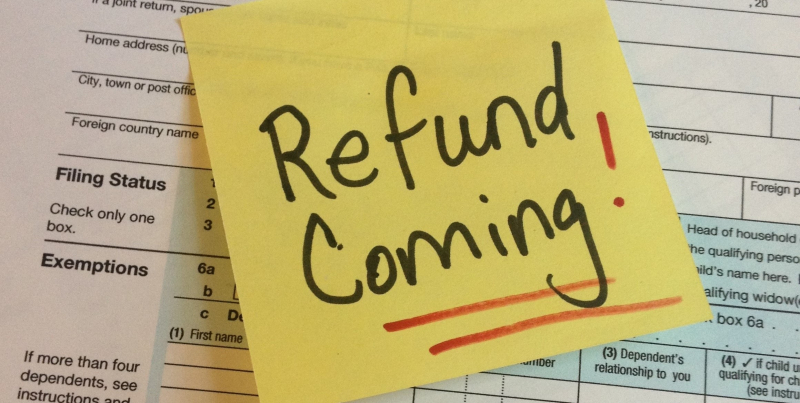 Unemployment benefits were a lifesaver for many Americans who saw their jobs eliminated during the height of coronavirus pandemic. Now some of those unemployment insurance (UI) recipients are getting another boost from the benefits thanks to a change in how the COVID-related funds are taxed.

The American Rescue Plan Act of 2021 (ARPA) deemed up to $10,200 per taxpayer in unemployment compensation as tax-free. ARPA became law on March 11, meaning some filers submitted their 2020 returns and paid tax on all the UI benefits they got last year before the change took effect.

Rather than make those folks redo their returns, the Internal Revenue Service decided to take care of the unemployment changes for them. It's been working to find those returns and refund unemployment tax overpayments.

So far, it's found and processed unemployment related refunds for 2.8 million eligible filers, the IRS announced on Friday, June 4. Various news reports say some of the refunds already have been directly deposited into some taxpayers' bank accounts.

Married couples and heads of household who tend to have more complicated returns will have to wait longer for their UI tax refunds.

Regardless of filing status, the IRS is reviewing potentially eligible returns and, where applicable, doing the math to determine just how much correct income should have been taxed.

Nice chunk of tax change: Depending on the situation, taxpayers could get a refund, a reduced amount of tax due or no change. A simple example, however, shows that the added UI relief could be substantial for some.

A person in the 10 percent tax bracket who collected more than $10,200 in unemployment benefits last year would have paid $1,020 in federal income tax on that amount.

A married couple where both spouses got unemployment would get a refund that's twice that.

More tax breaks also possible: In addition, the reduction of taxable income by $10,200 could mean affected taxpayers now are eligible for some tax credits, such as the Earned Income Tax Credit, Premium Tax Credit and Recovery Rebate Credit.

In these cases, the IRS says it will automatically adjust the returns and add any additional tax break money to the filers' accounts … and refunded amounts.

If you do qualify for the UI tax adjustment, but the IRS doesn't make any other changes, you might want to check into filing an amended return, Form 1040-X, yourself to claim them.

More refunds going out this month: So when will those automatic IRS refunds arrive for folks not lucky enough to be in the first batch?

The IRS says it plans to issue the next set of UI refunds in mid-June. The review of returns and processing corrections will continue during the summer.

Once you do get your refund, also be on the lookout for a follow-up letter from the IRS. The document should arrive within 30 days of the adjustment to your return and provide details on how the IRS arrived at the amount it sent you.

Additional UI refunds: Regular readers know that since it's Sunday, it's time for the week's By the Numbers selection.

The revisions of returns to account for the taxation of unemployment benefits offers many choices.

There's the $10,200 per taxpayer tax exempt UI amount. There's the March 11 enactment date of ARPA, which made the change. There are the 2.8 million taxpayers who've already or soon will see refunds due to the change.

But I'm going with the newly released and bumped-up number of 13 million. That's how many taxpayers the IRS now says are eligible to have their returns redone and possibly receive refunds on tax they earlier paid on their unemployment benefits.

That's 3 million more than the IRS originally estimated might get back some UI tax money.

So 13 million earns this weekend's By the Numbers honor. If you're among that group and are still waiting for your refund, I hope it arrives soon.