Is a moon tax lunacy? 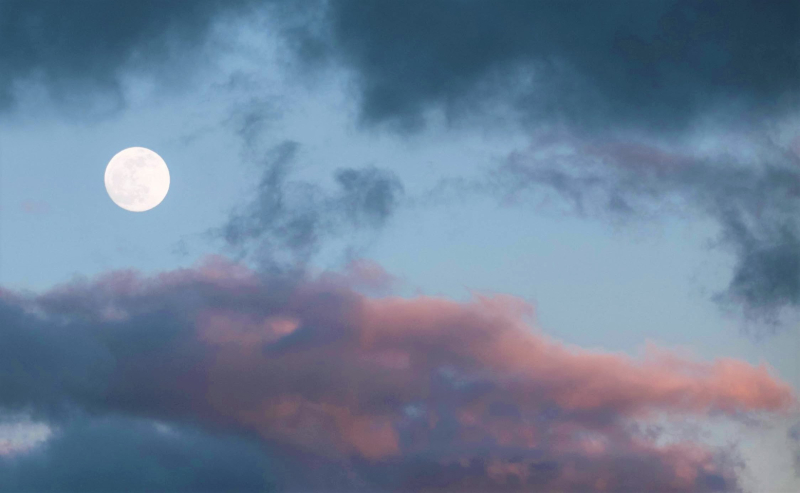 Photo by Roberto Nickson via Pexels

On May 26, sky watchers across much of the world were awed by the Blood Moon lunar eclipse. It coincided with the moon's closest approach to Earth, meaning the so-called supermoon took on a reddish hue during the event, giving it the dramatic name.

Then just last week, some of us were treated to an annular solar eclipse that appeared as a ring of fire when the moon blocked out only the middle of the sun, leaving its glow around the edges.

Most, however, saw the June 10 astronomical phenomenon as the moon taking a bite out of the sun.

So it's no surprise that when, on the heels of these back-to-back astral spectacles, I saw in my tax feed a mention of a moon tax, I had to share it.

Their exchange, A Moon Tax: Out of This World?, is this weekend's Saturday Shout Out.

"Well, I think that we're in a period right now where it really only seems like a matter of time — and I don't think it's going to be a ton of time — until we really are seeing people going up to the moon and putting stuff down on top of it, either as part of their business or whether it's different governments around the world setting up operations there on a kind of semipermanent basis either to conduct research or to aid in the refueling of ships that are going out on longer missions. And so I think that space, the lunar space, is going to be something that we're going to actually see in the next two decades, probably a lot of activity commercially and governmentally. And so I just started thinking what are the tax implications of that?"

Brown focuses on an excise tax approach utilizing the mapping of the moon already done by the U.S. Geological Survey.

I won't repeat those details (that would defeat the shout out!), but I do have to agree with host Stewart about the complexities of a lunar tax system.

"Down here on Earth we are already having a fair amount of difficulty establishing tax rules, especially around the digital economy and that sort of thing where we have a bunch of jurisdictions trying to get together and figure out how to make things work. So is there really an appetite for adding a new version of tax that we now have to negotiate on a multilateral basis?" Stewart asked.

Multinational space efforts: The potential jurisdictional issues in outer space, even without taxes being tossed in there, already are evident.

Artemis' focus is on returning humans to the Moon, and going beyond, with commercial and international partners. The accord's participants so far are the United States, Australia, Canada, Italy, Japan, Luxembourg, New Zealand, South Korea, the United Arab Emirates, the United Kingdom, and Ukraine.

And while the collaboration so far is scientific, you can be sure all the countries involved are looking at ways to make money from conquering space.

More moon and money, June 13, 2021 — Speaking of space economics, my #TaxTwitter pal Bill, aka @mainetaxguru, passed along another, albeit fictional, plan to monetize the moon: science fiction author Robert A. Heinlein's 1949/1950 novella "The Man Who Sold the Moon." I'm a big sci-fi fan, and my decade's old and well-worn copy of Heinlein's "Stranger in a Strange Land" is one of my favorites of the genre. I do not grok how I overlooked this Heinlein work, but it's now on my reading/to purchase list. Thank you, Bill!

There's also the China-Russia proposal is for a Lunar Research Station, either on the moon's surface or in lunar orbit.

And we can't forget about the United Nations Office for Outer Space and its Committee on the Peaceful Uses of Outer Space (COPUOS). It was created in 1959 to govern the exploration and use of space for the benefit of all humanity: for peace, security and development.

I suspect that development component will want to dive into any moon tax discussions. Which, as Browns says, are going to happen eventually.

Terra firma taxes: If you prefer your taxes terrestrial rather than extraterrestrial, I have just the place for you.

Welcome to Moon Township, Pennsylvania. This community of just more than 24,000 residents sits along the Ohio River in Allegheny County, northwest of Pittsburgh. In fact, it's the crescent-shaped curvature of the river that gives the township its name.

And like most municipalities across the United States, it collects taxes, notably property taxes. So the argument can be made that some folks already are taxed to the moon!

OK, maybe that's a bad pun more than an argument. And with that, I promise (sorta) to stick to my day tax blogging job!