While one accused wealthy tax cheat awaits a Spanish court's decision on whether he'll be returned to the United States to face charges, U.S. lawmakers look for ways to snare more rich tax evaders. Or at least get more from them up front. 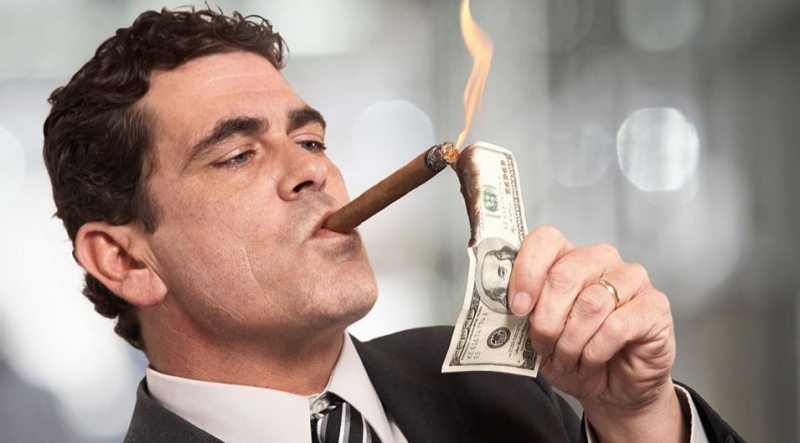 Rather than letting the wealthy have more money to burn, efforts are underway in Washington, D.C., to make it easier to catch rich tax scofflaws, as well as to simply tax them even more.

Billionaires who've managed to use tax laws to avoid paying any tax have been getting even more attention lately.

Some wealthy people, however, apparently aren't satisfied to work within the Internal Revenue Code's boundaries.

They finagle the tax code to their advantage. Allegedly.

One such accused rich tax scofflaw is John David McAfee. Yes, the guy whose name is on the computer antivirus software, although he sold the company in 2010 to Intel.

Federal prosecutors announced in October 2020 that McAfee had been indicted on charges of evading taxes and willfully failing to file tax returns with the Internal Revenue Service from 2014 to 2018 despite making millions during that time. Allegedly.

Spanish court to decide: McAfee, who was arrested at the Barcelona airport around the same time the tax charges were made official, is fighting extradition to the United States. Reuters reported that at a June 15 hearing in Madrid before the Spanish High Court, McAfee said the U.S. charges are politically motivated.

He told the court that in his unsuccessful effort to get the Libertarian Party's nod as its 2020 presidential candidate, he had pledged to "target the IRS and its corruption and two months later the IRS filed charges against me."

The Spanish prosecutor dismissed McAfee's characterizations of IRS payback, calling him "a tax rebel, nothing else. A millionaire who doesn't want to pay taxes."

More money to audit the rich: While we wait for the Spanish legal system's decision, some lawmakers in the United States are trying to increase the odds of future investigations into alleged tax cheating by the wealthy.

President Joe Biden kicked things off with his fiscal year 2022 budget, in which he proposes giving the IRS an added $80 billion over 10 years and more authority to crack down on tax evasion by high-earners and large corporations. With the new money, the IRS could revive its global high-wealth industry group, often referred to as the wealth squad, which focuses on the complicated tax returns filed by the affluent.

Then came Pro Publica's release of federal tax information showing that most of America's financial titans, including Warren Buffett, Bill Gates, Rupert Murdoch, and Mark Zuckerberg, are able to use tax laws to pay very little, and often no income taxes.

That reinvigorated efforts on Capitol Hill to make the wealthy, to borrow a political phrase, pay their fair share.

Sen. Elizabeth Warren (D-Massachusetts), long an advocate of leveling the economic playing field by taking from the uber-rich, introduced a bill to increase the IRS' fiscal 2022 budget to $31.5 billion. That's more than double the $13.2 billion that Biden wants for the fiscal year that starts on Oct. 1.

Warren says her added funds would boost IRS efforts to go after wealthy people who are not paying the taxes they owe.

"For too long, the wealthiest Americans and big corporations have been able to use lawyers, accountants, and lobbyists to avoid paying their fair share — and budget cuts have hollowed out the IRS so it doesn't have the resources to go after wealthy tax cheats. The IRS should have more — and more stable — resources to do its job, and my bill would do just that," said Warren in announcing introduction of The Restoring the IRS Act of 2021.

New surcharge on the wealthy: Meanwhile, over on the House side, one Representative is advocating more taxes for the rich from the get go via what he's calling a patriot tax.

Rep. Thomas Suozzi (D-New York), a member of the tax-writing House Ways and Means Committee, told The Hill that he’s exploring the idea of a one-time tax on the wealth of the richest Americans. The money would help pay for Biden's and other Democrats' spending priorities.

Details are still being hashed out, but he told the newspaper that the idea is for one-time surcharge based on the amount of an individual's total worth. It would be 2.5 percent tax on wealth between $50 million and $100 million, and a 5 percent tax on wealth exceeding $100 million. The newly-taxed rich would be able to pay the tax over five years.

Suozzi's office estimates that such a tax could raise about $450 billion.

The New Yorker admits that his nascent proposal faces a lot of challenges. Even Biden on the campaign trail did not broach wealth taxes like some of his challengers (see E. Warren above) did.

But Suozzi believe his surcharge approach could work. "We all know that people who are wealthy did very well during the pandemic and people that were low-income people did not do well," he told The Hill, adding that it could be "a way to help your country to build back better."