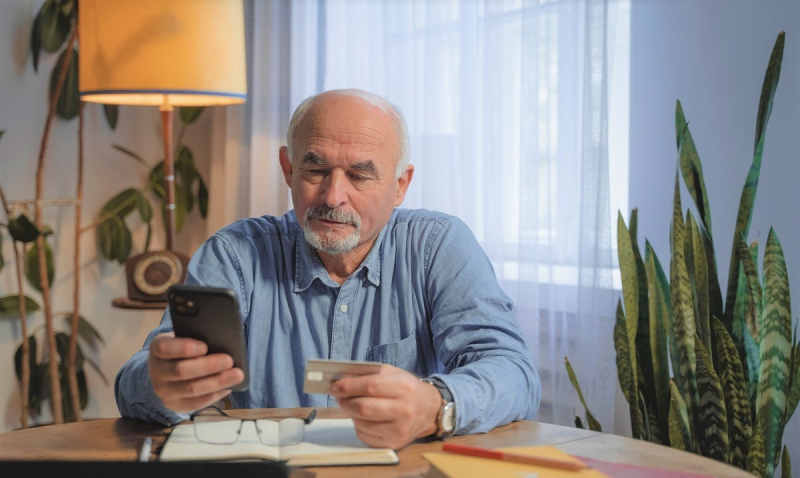 More older Americans are going into debt. For many, it seriously undermines their ability to save for a comfortable retirement. (Photo by Tima Miroshnichenko via Pexels)

It's no secret why personal finance folks urge us to save early and often. It takes a lot to live like you want when you retire.

If you don't have enough stashed after you're done with the 9-to-5 grind, it could be because you are like the individuals in a recent Government Accountability Office (GAO) study. They went into more debt as they aged.

The government auditing agency's analysis found that older Americans held nearly half of the total debt in 2020. In fact, their debt had increased significantly from 1989 to 2016.

The obvious conclusion is that owing so much could affect their retirement security.

Another not surprising, but confirmed, finding was that debt varied demographically. The GAO found that low-income older Americans had greater debt stress, defined as the ratio of debts to assets. In 2016, debt stress was about two times higher for minority households than white households.

And the type of debt also matters, especially when it comes to retirement security. For example, says the GAO, carrying credit card debt with high variable interest rates may make it difficult for the elderly to save for retirement.

The only consolation is that when Social Security is your only income, you escape Internal Revenue Service attention. In these cases, you don't owe any federal tax on the benefits.

However, those who do save so they can supplement Social Security likely will owe tax on at least part of their monthly government retirement benefits.

To determine how much Social Security is subject to federal tax, the IRS looks at your annual adjusted gross income (AGI). This is your government benefits plus any other money you get.

The AGI/Social Security tally includes wages, self-employment earnings, investment income, distributions from your retirement accounts, whether voluntary or mandated, aka required minimum distributions (RMDs). Even tax-exempt interest counts in this AGI calculation, even though it's not taxed.

When your AGI total exceeds a certain level, then you owe tax on your Social Security.

It doesn't take much: Individual taxpayers who use the single, head of household or qualifying widow(er) filing status won't face any income tax as long their non-Social Security income is less than $25,000.

Married couples who file a joint return don't have to worry about taxes on Social Security as long as their combined AGI is less than $32,000. But make more than that in a year, then you may have to pay taxes on your benefits.

Up to 50 percent is taxable when spouses have a combined income between $32,000 and $44,000. Joint filers with income of more than $44,000 will see up to 85 percent of their Social Security benefits subject to federal tax.

This has been the tax law since the Social Security Amendments of 1983 were enacted. And no, there's not been an inflation adjustment for the earnings amounts that determine Social Security taxability since then.

State taxes, too: You also could owe state tax on your Social Security benefits. The good news here is that this is an issue in only a handful of states.

Then, notes the Tax Foundation, 29 states and Washington, D.C., either have no income tax (there are eight of these:) or do not include Social Security benefits as taxable income.

The remaining 13 states, says the Tax Foundation, have their own takes on what share of retirement benefits is subject to tax. The Washington, D.C.-based tax policy nonprofit's map below illustrates the differing state approaches. 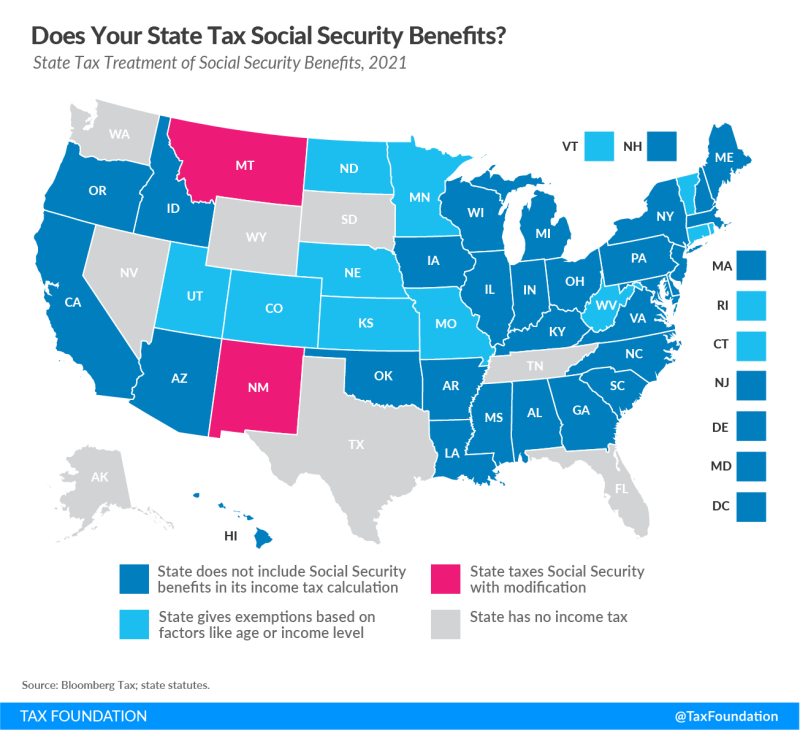 If you're using a smaller device to read this and having trouble finding your place of residence on the Tax Foundation map above, the no-Social Security tax jurisdictions are:

If you collect Social Security and live in one of the states that taxes the benefit, check out the Tax Foundation's details on how these states' get their piece of your federal retirement benefits.

The tax policy organization also looks at how some of the tax-collecting states consider factors like your age or income level to ease a bit what they take from your retirement benefits.

And even if you do owe federal and/or state taxes on your Social Security, look on the bright side. That means you've saved enough to enjoy the retirement you really want.