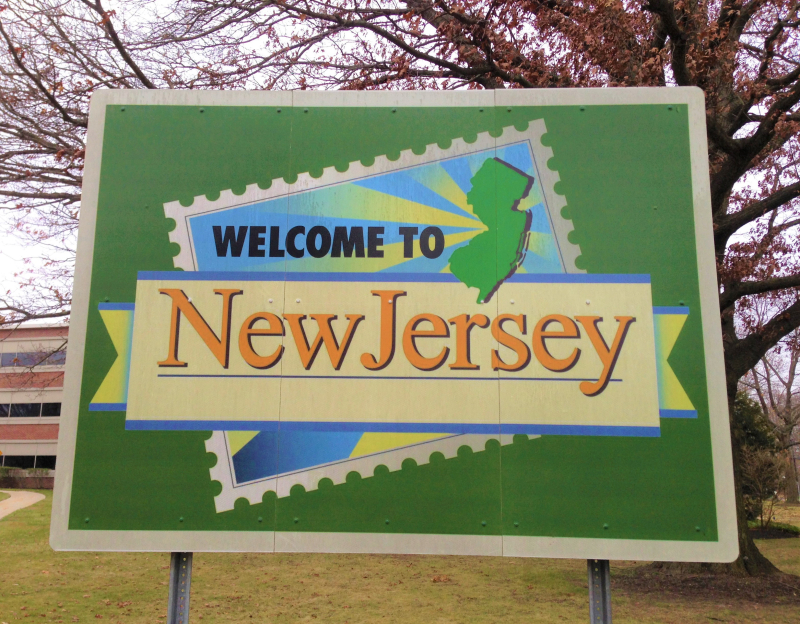 You just finished filing your taxes last week. That included, for most Americans, state tax returns, too.

And for some, the news was not good, especially on the state tax front.

High state taxes, both corporate and individual, usually is cited as a key reason lower-tax states like my native and current Texas home are seeing a huge influx of new residents.

No income, but plenty other taxes: It's true. Not having to pay a state tax on top of federal levies is appealing. I've seen it from both sides, having lived in Texas and Florida, which don't have individual income taxes, and in Maryland, which collects tax on both state and local earnings.

But even though Texas is one of now eight states (welcome Tennessee!) without any tax on individual income, that doesn't mean we don't hand over any money to our tax collectors.

State tax lifetime tallies: In fact, a recent look at what Americans will pay in all those various taxes over a lifetime puts Texas taxpayers just about in the middle of the list.

The study, dubbed Life of Tax from Austin-based financial technology company Self, found that nationwide the average person will spend about one-third of their earnings on taxes. The Lone Star State ranks 27th, with Texans paying $473,007 in taxes over their lifetimes.

Self analysts arrived at the Texas and other state amounts by using as a base the 2019 Consumer Expenditure Report from the Bureau of Labor Statistics. The company then extrapolated tax rates that were in effect at the time out over an 18- to 79-year lifespan.

Tax move motivation: While almost half a million in lifetime taxes in Texas is a lot, it's a lot less than what Californians, many of who have relocated to the Lone Star State (and the Austin area in particular) pay.

The Self study puts the Golden State at #8, calculating that the state's residents will pay an average of $710,882 over their lifetimes.

Still, 27 is not the lowest, especially when you consider that Texas lawmakers have been wooing companies and their workers for years by waving, alongside the state's distinctive single-starred red, white and blue banner, another flag touting low taxes.

Tax topping N.J.: But at least we're not in New Jersey. Chill Garden Staters. Yes, I am an obnoxious Texan, but I'm strictly talking taxes here. And I think y'all will agree with me.

The Self study found New Jersey residents will pay the most in lifetime taxes. The tally? $931,000.

In addition to coming up with the average dollar amount residents of each state on lifetime earnings spent on taxes, the Self study also provides a table showing what that comes to as a percentage of your hard-earned income.

New Jersey topped that list, too. Its $931,698 in lifetime taxes on a projected lifetime earnings amount of around $1.88 million comes to 49.51 percent of earnings that go to taxes. Yep, almost half.

If your state's lifetime tax tallies are almost as disconcerting as New Jersey's — you can compare in the Top 10 lists in the $ and % table below — you might want to stop, take a breath and reconsider.

There is some expected crossover in the two lists. But there also are a couple of intriguing jurisdictions.

New Hampshire, which doesn't tax job-related earnings, but does collect on certain interest and dividend earnings, is on both lists. Washington state, which (for now) has no type of individual income tax, made the percentage top 10.

There is no tax-free anywhere: Those lists underscore tax reality is that every state tax collector and the lawmakers that give them authority will find a way to get your (our) money.

The reason is simple. Every state, just like Uncle Sam, has to collect some sort of taxes to keep providing services. 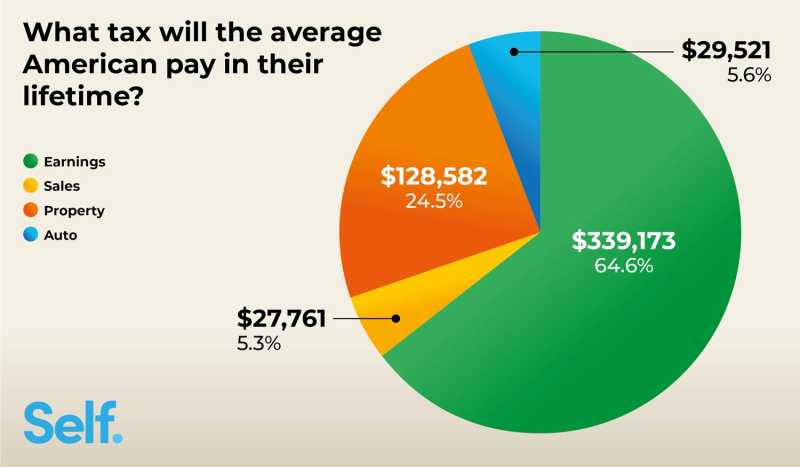 That applies to even those eight without a state tax on individuals' earnings. In addition to Texas and the previously mentioned Tennessee, which ended its unearned income tax this year, and Washington, which is in a battle right now to start taxing capital gains, they are Alaska, Florida, Nevada, South Dakota, and Wyoming.

More than low taxes to life: Taxes, of course, always should be a factor and consideration in your life. But taxes shouldn't be the only or largest driver of how or where you live.

While I don't enjoy paying the real property taxes that Texas counties and school districts rely upon to keep operating and educating our children (actually, my relatives' and neighbors' kiddos, since the hubby and I are child-free), there are other features that have kept me in Texas.

There's Tex-Mex everywhere. Everywhere. And tacos. Plus, easily reachable major urban areas with a broad range of other eating options (even Texans can't live on tacos, Tex-Mex, or even brisket alone), entertainment possibilities, wide-open natural recreational areas out the wazoo, and professional sports.

So maybe I'll sell our house (the Austin area market right now is unbelievable hot) and rent or buy a less expense home in an exurban area where the property values and tax rates are a bit lower.

Nothing personal against any of these states. I've vacationed in several of them. Have friends and family members in others who extol their virtues.

But as for year-round residency, and because I sooooo hate the new state relocation process, I'm sticking with Tejas. To be honest, I hate same-state moving, too, which is probably why we'll stay right where we are, despite my whining about property taxes and neighbors, at least for a while.

That's also why this weekend's dual By the Numbers recognition goes to Texas' lifetime dollar amount and percentage of earnings figures: $473,007 and 32.60%.