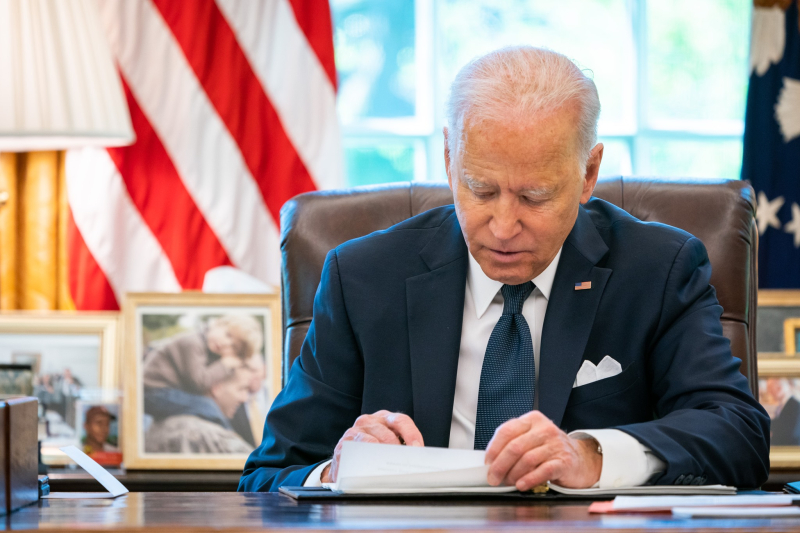 Monday was Tax Day 2021. Yes, it was just more than a month later than usual.

But one tax thing did return to normal this year. The President and Vice President of the United States released their tax returns to the public.

Tax sharing by Biden: The 2020 tax year joint filing by President Joe and First Lady Jill Biden is in keeping with 46th Commander in Chief's effort to keep things as low-key as possible. There's no stunning news in their return.

The couple reported adjusted gross income last year of $607,336. They paid an effective federal tax rate of nearly 26 percent on those earnings, or $157,414.

While the triple digit earnings are notable, the Bidens did share one financial feature with a lot of other U.S. earners in 2020. The amount of money the First Couple made last years was down from 2019, when they reported taxable income of $944,737 and paid $299,346 in taxes, a 31 percent effective tax rate. 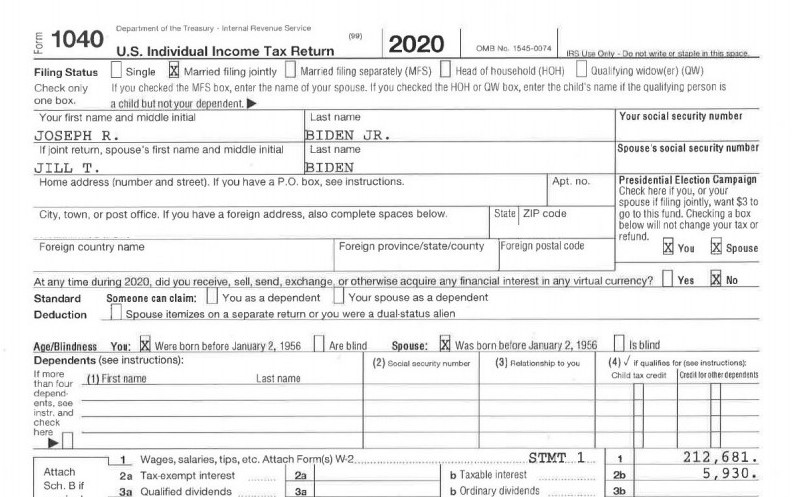 The Bidens also share another other tax similarity with most of us who send the Internal Revenue Service a return each year. Much of the First Couple's income was ordinary, that is, basic earnings for jobs performed.

The tax on ordinary income ranges from 10 percent to a current top rate of 37 percent. Biden has proposed returning the top ordinary tax rate to the 39.6 percent it was before enactment of the Republican tax reform law, the Tax Cuts and Jobs Act (TCJA), in late 2017.

Veep return details: Vice President Kamala Harris and her husband, Second Gentleman Doug Emhoff, also filed jointly and released their 2020 return, revealing that they did better than OK financially — and better than the Bidens — last year.

Harris and Emhoff reported federal adjusted gross income of almost $1.7 million; $1,695,225 to be exact, which the IRS appreciates, both from the amount and preciseness perspectives. 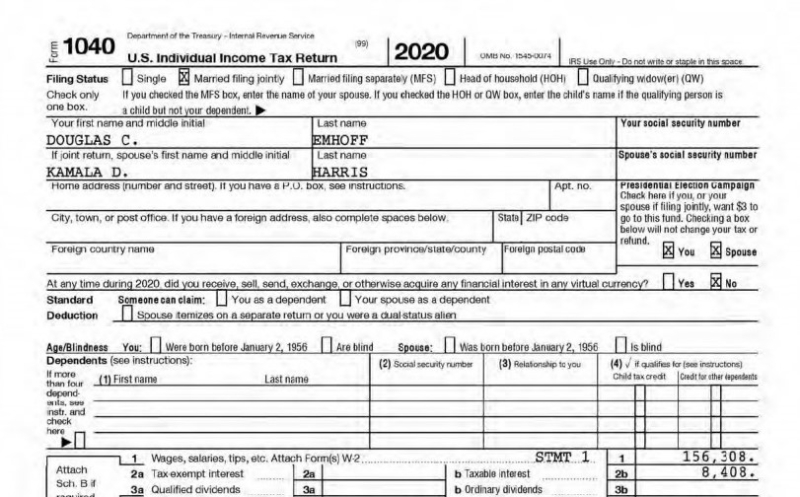 State taxes, too: Both couples, again like most American taxpayers, also paid taxes to their home states.

The Delaware Division of Revenue got $28,794 from the Bidens. The First Lady, who teaches at Northern Virginia Community College, also paid the Old Dominion's tax collector $443 for her earnings within that state's borders.

Harris and Emhoff sent California tax officials $125,004 to cover their income tax obligations to that jurisdiction. Emhoff paid another $56,997 in District of Columbia income tax.

Opting to itemize: While most U.S. filers claim the standard deduction, it's no surprise, based on their earnings and other sources of income, both the Bidens and Harris and Emhoff itemized.

The couples both easily hit the $10,000 federal deduction cap on state and local taxes (SALT) they paid. The Bidens had to forgo just more than $80,000 in income and sales taxes they paid last year to Delaware.

Harris and Emhoff took a bigger SALT limitation hit. The VP and her husband weren't able to use $270,421 of the state and local tax payments they made in 2020.

Charitable gifts, too: One itemized area that always attracts attention is how much the residents of 1600 Pennsylvania Avenue give to charities.

The Bidens donated 5.1 percent of their total income, or $30,704, to 10 different charities. The largest charitable gift was $10,000 to the Beau Biden Foundation, a public charity named for the president's late son and created to fight child abuse.

Harris and Emhoff contributed $27,006 to charity in 2020. Among the charitable groups receiving donations from the Second Couple were Harris' alma mater Howard University, D.C. Central Kitchen, and the Jewish Federation of Greater Los Angeles.

Return to White House tax revelations: The presidential and vice-presidential tax disclosures were made on May 17 as millions of Americans were wrapping up their Form 1040s due that day.

It's the first time in four years that Americans have seen the tax filings of the leaders they elected. Donald J. Trump broke with that tradition, never releasing any of his tax filings during the campaign or after he was elected.

And although Vice President Mike Pence released one tax return during the 2016 campaign, following Trump's lead, the former veep did not share any of the returns he filed while in office.

Before that 2017-2020 break, previous presidents, starting with Republican Richard Nixon, had released their annual tax returns.

As noted under the images above of both the Bidens' and Harris/Emhoff 1040s, you can click on the excerpts to peruse the full filings. Have fun!