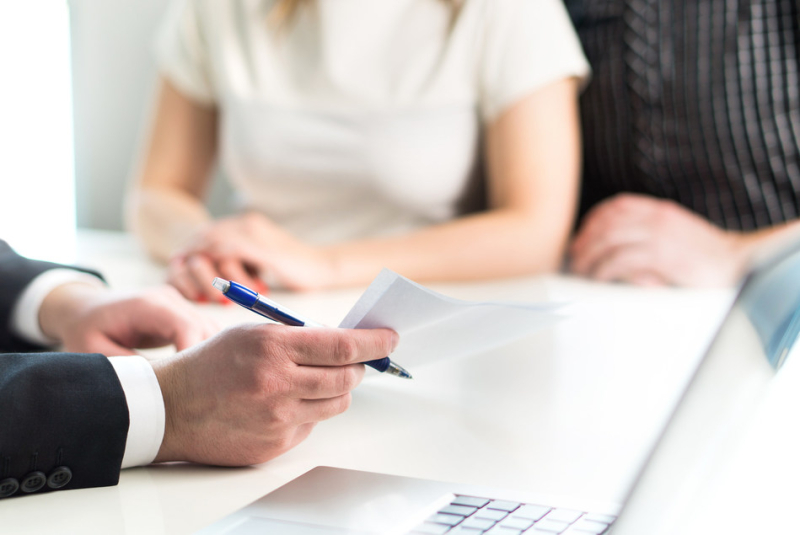 The Biden Administration's proposal to up the Internal Revenue Service budget so it could go after more rich tax cheats got a lot of attention.

But the White House also wants to cut down on some audits. That, according to the president's American Families Plan, can be accomplished by giving the IRS more oversight of unregulated tax preparers.

The audit/tax pro regulation connection is noted in a White House fact sheet hyping the proposal:

These Tax returns prepared by certain types of preparers have high error rates. These preparers charge taxpayers large fees while exposing them to costly audits. As preparers play a crucial role in tax administration, and will be key to helping many taxpayers claim the newly-expanded credits, IRS oversight of tax preparers is needed. The President is calling on Congress to pass bipartisan legislation that will give the IRS that authority.

The Treasury Department in its own American Families Plan notice says:

Taxpayers often make use of unregulated tax preparers who lack the ability to provide accurate tax assistance. These preparers submit more tax returns than all other preparers combined, and they make costly mistakes that subject their customers to painful audits, sometimes even intentionally defrauding taxpayers for their own benefit. The President's plan calls for giving the IRS the legal authority to implement safeguards in the tax preparation industry. It also includes stiffer penalties for unscrupulous preparers who fail to identify themselves on tax returns and defraud taxpayers (so called "ghost preparers").

Good vs. bad battle continues: True, there are some crooked tax professionals out there. Sadly, that's the case in any profession because humans.

But there are a whole lot more tax pros who are dedicated to helping their clients file their taxes accurately and on time while also getting the most out of the legitimate tax breaks to which they're entitled.

Still, those bad apples create problems for the reputable members of the tax profession, as well as for taxpayers and IRS that must deal with them, and ultimately costs the U.S. Treasury when they get away with cheating.

Longstanding IRS regulatory goal: That's why regulating tax professionals has been a long, and to a large degree, unsuccessful IRS goal. Basically, Uncle Sam's tax collector wants the ability to do what's allowed in the handful of states that do regulate tax pros working within their borders.

The federal oversight breaking point is that the courts have said the IRS must get Capitol Hill's OK to regulate the tax preparer industry. My post from a few years ago on one of those legal battles, which actually was one of the few the IRS won, offers a look at the recent tax pro oversight effort timeline.

Some members of Congress periodically propose bills that would give the IRS tax pro oversight authority. But they've stalled, mainly because of pushback by many tax pros and their representative trade organizations, as well as from some independent preparers who are the tax agency's prime targets.

Those anti-reg groups' legal and lobbying efforts have been able to hold the IRS' broader tax pro regs at bay. Currently, the IRS relies on voluntary credentialing, officially known as the Annual Filing Season Program (AFSP), and making tax preparers obtain a PTIN. That's the acronym for the IRS-issued Preparer Tax Identification Number that's required of anyone who gets paid to prepare or help prepare federal tax returns.

Just the start, again, of the regulatory effort: The IRS is hoping that with the Biden White House's inclusion of increased tax pro regulation in one of its major economic relief/tax bills, oversight ability could be closer to reality than ever before.

We'll see. The legislative process for the American Families Plan just started. But the tax preparer regulation item is just one of other pro-IRS measures that already have come from this administration.

Both those for and against IRS tax preparer regulation have good arguments. I'm sure we'll be hearing them as the Biden proposal progresses. Full disclosure, I've been a long-time supporter of the IRS having more say in the operations of tax preparers who aren't members of groups that already require continuing education and tax law competency standards.

FYI, if you're looking for tax help, the tax professionals who are already meeting the standards that the IRS wants to expand to all are attorneys, accountants and enrolled agents.

Shouting out other coverage: As we wait for the opposing sides to hone their pro-and-con points in connection with this latest proposal, today's Sunday Shout Out (yeah, I flipped Shouts and Numbers this weekend) goes to Andrew Keshner's MarketWatch article, "Biden administration wants to give the IRS authority to regulate the 'wild west' of paid tax preparers."

Keshner notes that the Biden bid is still short on specifics. That's why most of the tax professionals and spokespeople for the organizations representing them to whom Keshner spoke for his article are in a wait-and-see mode. For now.