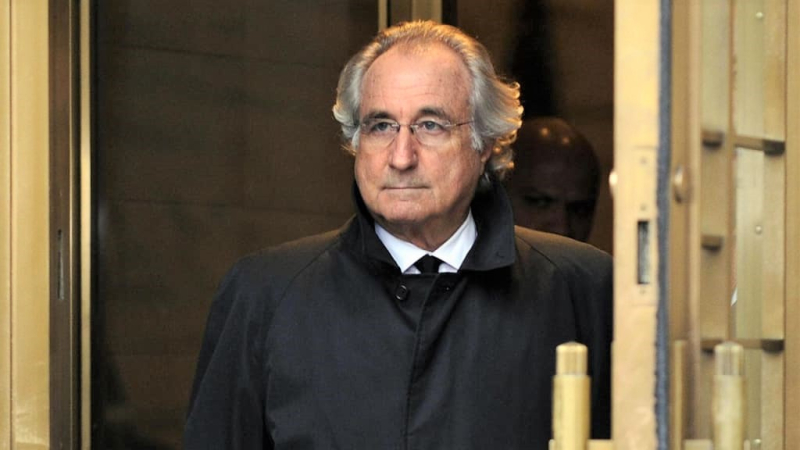 Bernard "Bernie" Lawrence Madoff died on April 14 in a federal prison medical facility where he was being treated for terminal kidney disease. The 82-year-old had been in jail since 2009 for orchestrating the world's largest Ponzi scheme.

Madoff pleaded guilty on March 12, 2009, to 11 federal crimes, including operating the financial fraud that bilked as many as 37,000 people in 136 countries over two decades. He was sentenced three months later to the maximum 150 years behind bars and ordered to pay restitution of $170 billion.

At the time of Madoff's death, the victim fund created in the wake of his conviction has paid most of his victims, with most recovering 80 percent of their losses, according to former Securities and Exchange Commission Chairman Richard C. Breeden, special master of the fund.

That's an amazingly successful repayment amount for a Ponzi scheme. But then, Madoff's $60 billion fraud was spectacularly unique.

However, Ponzi schemes of lesser magnitude remain quite common. If you use the search tool on the Internal Revenue Service website, the term Ponzi scheme will provide 37 matching items, including several items on recent billion-dollar schemes that IRS Criminal Investigation agents helped end.

Old schemes without financial foundation: Named for Charles Ponzi, an Italian immigrant who carried out a notorious investment scam involving postal reply coupons in the 1920s, a Ponzi scheme is a financial scam where investors are promised unusually high or consistent returns.

While Ponzi popularized them, this financial fraud technique, like the con artists who run them, have been around for centuries.

They are built on false promises of the promoter who never actually makes any investments or earns any profits on the money he or she is given. Instead, the returns to investors are paid from the victims' own money or cash collected from subsequently conned investors.

Eventually, the Ponzi scheme breaks down because there's not enough money coming in from new investors to pay off all the promised returns to earlier investors.

Tax relief for Ponzi scheme losses: While most Ponzi scheme victims aren't likely to get the same level of government agency assistance that Madoff's did, there is some tax help for victims of such financial fraud are unable to recover their losses.

In fact, in the wake of the Madoff fraud, the IRS put in place special tax rules that make it easier for Ponzi scheme victims to deduct these losses. The IRS in 2009 issued two notices to help taxpayers who are victims:

Doug Shulman, who then was serving as IRS Commissioner, also that year testified before the Senate Finance Committee on the tax issues related to Ponzi schemes.

If you're not up to reading all that right now, here's basically what it covers.

Ponzi losses claimed as a theft loss: An investor taken in by a Ponzi scheme can deduct the lost funds as a theft loss instead of as a capital loss from an investment.

This is good news for investors because the capital losses excess deduction is limited to $3,000 per year. There is no such limit for theft losses.

The loss is claimed as an itemized deduction, but it's not subject to the 10 percent of adjusted gross income reduction or the $100 reduction that applies to many personal casualty and theft loss deductions.

The theft loss is deductible in the year the fraud is discovered, except to the extent the investor has a claim against the Ponzi schemer with a reasonable prospect of recovery.

In addition, as noted in the second 2009 IRS notice, the IRS created a special safe-harbor rule under which it automatically accepts Ponzi-type theft losses. The IRS deems the loss to be the result of theft under three conditions:

The amount of the theft loss includes the investor's unrecovered investment.

Also, the IRS generally allows defrauded investors to claim a theft loss deduction for the net amount invested as well as for any so-called fictitious income that the Ponzi scheme promoter credited to the victims' account and which he/she reported as taxable income before discovering the investment was fraudulent.

You are correct. The Tax Cuts and Jobs Act (TCJA) of 2017 did away with most disaster losses. Now the general rule is that such losses only can be claimed on Schedule A if they are the result of a federally declared major natural disaster. That mean that most theft losses can't be claimed unless they were part of a theft connected with a major disaster.

And Ponzi schemes, although they sometimes rack up loss numbers for their victims that rival hurricanes or tornadoes or other destructive powers of Mother Nature, definitely don't fall into that typical disaster losses categories.

But the TCJA did retain in Schedule A's Other Itemized Deductions section — this is the one just under the revised casualty and theft loss section — the option to count Ponzi scheme losses, along with, among a few other items, gambling losses. Yeah, I know, a probably inadvertent (but ironic) acknowledgment that financial investments are just another type of betting.

In Schedule A's instructions for Other Itemized Deductions, it notes that they include casualty and theft losses of income-producing property listed on Form 4684, — the Casualties and Thefts form, which now joins the Tax Forms Fiesta! page) — lines 32 and 38b, or Form 4797, line 18a. And Form 4684's instructions detail the steps Ponzi scheme victims should take in detailing their losses to such fraudulent investments.

Personal vs. for profit: The reason the Ponzi scheme escaped the TCJA changes? The casualty and theft losses limited (at least through 2025) by the Republican tax code overhaul are personal losses under Internal Revenue Code (IRC) Section 165(h).

By the tax definition of personal, these losses are not incurred in connection with a trade or business or a transaction entered for profit.

But Rev. Rul. 2009-9 issued after the Madoff scheme provides that Ponzi scheme losses are considered losses arising from transactions entered for profit under IRC Section 165(c)(2) and are not subject to the limitations under Section 165(h).

So if you find you've been taken to the cleaners by a Ponzi schemer and can't recover any of your investments, Uncle Sam might be able to help. But here's hoping you don't ever have to rely on such relief.