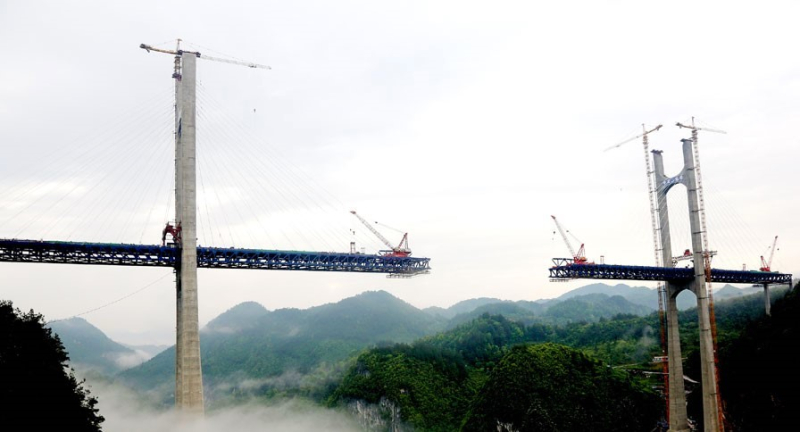 Rather than heavy equipment, the IRS needs legislative and fiscal help to close its $1 trillion Tax Gap.

If you've thought the $441 million figure that the Internal Revenue Service has for years cited as the Tax Gap is too low, you are not alone.

None other than the IRS commissioner agrees that there is more tax money that's owed than the agency has been able to collect.

At an April 13 hearing before the Senate Finance Committee, IRS Commissioner Charles Rettig estimated that the actual Tax Gap could be as much as $1 trillion.

Rettig noted that his estimate is more than double the $441 million amount that the IRS calculated as the Tax Gap back in 2011 through 2013. Rettig also noted that a narrowly focused investigation found that the top 1 percent of income earners account for $175 billion of the annual tax gap.

The IRS will announce its updated, official Tax Gap amount next year, Rettig said. Until then, though, the commissioner's $1 trillion estimate gets this week's By the Numbers honor.

Counting up cryptocurrency: Why so much unpaid tax money? Aside from just years of uncollected but owed taxes adding up since the last estimate, the commish offered a couple more reasons as to why the Tax Gap has grown.

One is an area where the IRS has increased its focus, specifically cryptocurrency. "It [the earlier Tax Gap estimate] does not include any focus with respect to virtual currency, which I indicated now is about a $2 trillion market cap," said Rettig, referring to an earlier part of his testimony.

To remedy this new and challenging tax enforcement area, Rettig noted in his prepared remarks that, "The IRS has been working to ensure taxpayers with virtual currency transactions understand the tax laws governing virtual currency and meet their tax obligations. … We also have new compliance programs addressing virtual currency (non-filers and filers)."

This filing season, the IRS moved its question of taxpayers as to whether they had any virtual currency transactions to the front of Form 1040. Previously, this checkbox line was on the 1040's Schedule 1. But some people might not have used that form, thereby avoiding the self-reporting.

Rettig said the agency has lost more than 17,000 enforcement agents since 2010. That has resulted in the examination rate for individual returns falling by about 45 percent, he said, and a 72 percent decrease in audits for businesses with assets equal to or exceeding $10 million.

"We do get outgunned," Rettig told the Senate tax-writing committee.

The White House is recommending $13.2 billion overall for the IRS for the new federal spending year that starts Oct. 1. That's $1.2 billion, or 10.4 percent, more than the level of funding provided the tax agency for the 2021 fiscal year.

"In addition to increases for base IRS enforcement funding, the 2022 discretionary request provides an additional increase of $417 million in funding for tax enforcement as part of a multiyear tax initiative that will increase tax compliance and increase revenues," said Treasury Secretary Janet Yellen in comments on the Biden IRS request.

Rettig elaborated on how the IRS could put added funds to use.

That would be a boost to the IRS' Criminal Investigation Cyber Crimes Unit, which Rettig pointed out has been involved in new complex types of tax enforcement, including uncovering international money laundering operations involving the theft of virtual currencies and the seizure of terrorism financing sites maintained on behalf of al Qaeda, Hamas, and ISIS.

And, of course, there is illegal source income, which Rettig noted "is taxable and we do chase."

More crypto control: Rettig also noted that it will take more than money for the IRS to do a more effective job. In addition to added funding, Rettig also had some legislative requests that Congress could provide to help the IRS collect the taxes it is due.

The IRS would like to see stronger income information reporting requirements, particularly regarding cybercurrencies.

In addition to the virtual currencies that are becoming more accepted, Rettig said there is "replicating" of tax evasion with cryptocurrencies using nonfungible tokens (NFTs).

"So now we have these nonfungible tokens, which are essentially collectibles in the crypto world," Rettig told the Senate Finance Committee. "These are not visible items by design. The crypto world is not visible."

The IRS got some good news in this area during the hearing. Sen. Rob Portman (R-Ohio) said he is working on a bill that would require more reporting and disclosure around crypto transactions.

Tax preparer oversight permission: Rettig also said the agency would like Congress to strengthen the IRS' ability to regulate paid return preparers. While some states do regulate paid tax preparers, that's not an option at the federal level.

Added oversight of non-credentialed tax professionals, i.e., preparers who do not already meet existing professional accreditation rules, has long been an IRS goal. It's also one that, for the most part, was shot down by the courts.

Right now, the IRS requires tax preparers who are paid to complete and file tax returns to obtain an IRS-issued Preparer Tax Identification Number (PTIN). However, even with a PTIN, tax professionals have differing levels of skills, education and expertise.

The agency implemented an annual voluntary tax preparer certification program, which also was challenged but the courts let this one stand. This option generally is for return preparers who are not attorneys, certified public accountants (CPAs), or enrolled agents (EAs) and was designed to encourage education and filing season readiness.

But since the annual filing season program is voluntary, participating or not does not affect a tax preparer's ability to file returns. Tax preparers with active PTINs but no professional credentials, from the IRS or other organizations, still are authorized to prepare tax returns.

A new tax preparer regulation law, however, could give the IRS the oversight go-ahead it has long sought.