UPDATE, May 1, 2022: Good news, Turnip Boy fans. He's coming to your mobile devices this month. The App Store listing confirms it will be a universal game playing on iOS, iPadOS, and tvOS. You can read more about Turnip Boy and his tax adventures below, and more about his platform expansion at Touch Arcade. I know tax season still has a little more than three weeks until this year's May 17 filing deadline.

But everyone, even tax geeks, need a break now and then. And although I'm not a gamer, I've found a diversion in that area.

Game offshoot of a real issue: The game from Snoozy Kazoo was released yesterday, April 22. It is, per one tagline, where vegetables get serious about tax evasion because, as Mayor Onion of Veggieville informs Turnip Boy, it is real. 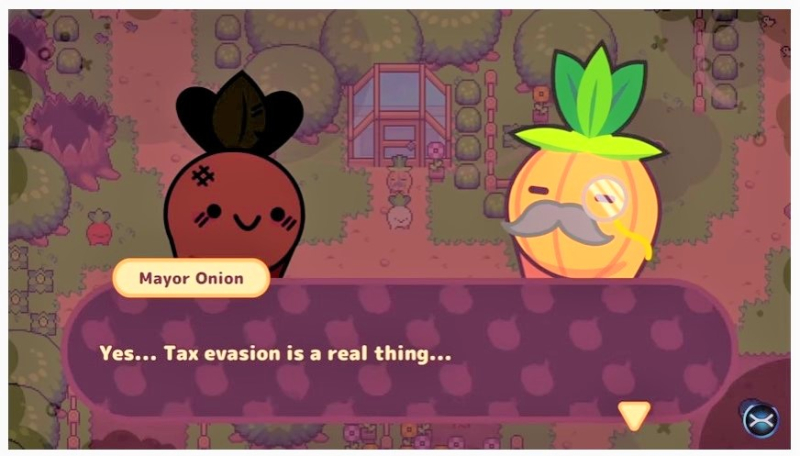 From a player's perspective, according to the reviews like Joey Ferris' for GameXplain in the video below, Turnip Boy's tax-related adventures parody the Legend of Zelda games.

The game also is, as I learned from my own exploration of Turnip Boy and other video games for much of this afternoon, a fetch quest. For other non-gamers, this is where one character must retrieve items and/or perform tasks for another game character.

In Turnip Boy's case, his unpaid greenhouse tax bill is the catalyst for the errands demanded by Veggieville's Mayor Onion. 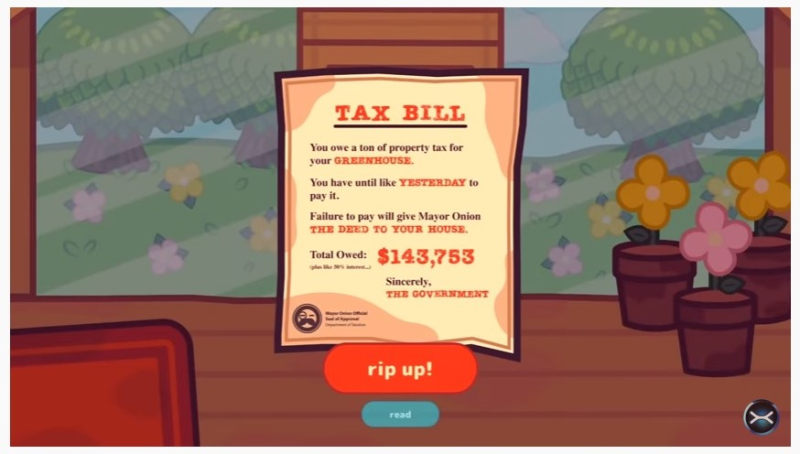 IRS cameo: As the tax-owing Turnip Boy proceeds, based on my viewing of several reviews and excerpts of the young root vegetable's quests, he encounters, among others, a tomato who is Mayor Onion's assistant, an eccentric blueberry, an elderly lemon, a mobster pickle, and a sunglasses-wearing carrot (I think) named Chad (perhaps short for chard…) who works for the Internal Revenue Service. 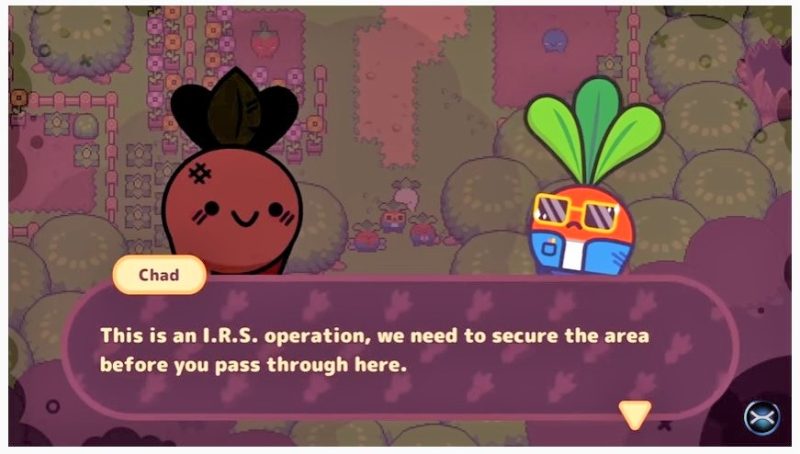 Yeah, I'm not sure how or why the IRS suddenly shows up since Turnip Boy's tax transgression is nonpayment of a local property tax bill.

But I guess anything with even a thin tax connection needs to have the big bad federal tax collector show up somewhere along the line.

Fun game, but don't toy with taxes: It's easy to pooh-pooh a 2-dimensional video game that, upon initial glimpse, looks very juvenile, but every review I found raved about Turnip Boy and his tax troubles.

The game is lauded for being creatively absurd with its zany designs, comedic themes and self-aware humor. It also gets high marks for being, per the GameXplain reviewer, "legitimately funny and well-paced." Another plus is that it takes just around two hours to play, making it a good gamer palate cleanser.

And while the tax theme is just an excuse for Turnip Boy's adventures, it got a couple of things about taxes right.

Like real tax laws, Turnip Boy's tale has some wild twists and turns. "As if a turnip committing tax evasion wasn't ridiculous enough, it gets really, really dark out of nowhere," says GameXplain's Ferris.

Yeah, dark and out of nowhere definitely can be applied to taxes at all levels now and then.

Tax time break, then back to work: I'm not going to buy game playing equipment to get the full Turnip Boy tax experience. Yet. But it's been fun to play around with in online.

You, too, can take a look at the veggie tax game. Beyond the video review embedded earlier in this post, Alpha Beta Gamer also offers a YouTube preview. Or you can click over to that site and play, for free, the Turnip Boy Commits Tax Evasion demo.

Enjoy! And pay your taxes. You don't want to end up running errands for your version of Mayor Onion.