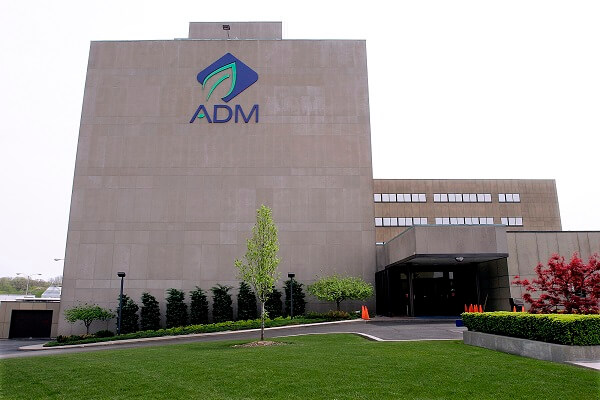 Archer Daniels Midland is one of the major corporations cited in a new report of companies that paid no taxes in 2020.

The Biden Administration's infrastructure plan has ramped up the perennial tax debate between Democrats and Republicans.

The White House wants to increase tax collections on companies to pay for the proposal, dubbed The American Jobs Plan. And that approach is getting some support from a recent Institute on Taxation and Economic Policy (ITEP) report.

The Washington, D.C. nonprofit found that 55 of the largest U.S. companies paid nothing in federal income taxes last year.

The $0 tax payments to Uncle Sam came even though the businesses, as a group, reported almost $40.5 billion in pretax profits, according to the liberal-leaning organization.

That zero taxes finding also is this weekend's By the Numbers selection.

Decades of no tax bills: That big business finds ways to greatly reduce or even eliminate their tax liabilities is not new.

In its latest report, ITEP notes that —

"For decades, the biggest and most profitable U.S. corporations have found ways to shelter their profits from federal income taxation. ITEP reports have documented such tax avoidance since the early years of the [Ronald] Reagan administration’s misguided tax-cutting experiment. A widely cited ITEP analysis of an eight-year period (2008 through 2015) confirmed that federal tax avoidance remained rampant before the TCJA [Tax Cuts and Jobs Act, the Republican tax-reform law enacted in 2017]."

And despite the GOP's promise that the TCJA would end many loopholes, ITEP says that "it is crystal clear that the TCJA failed to address loopholes that enable tax dodging — and may have made it worse."

Democrats now in control of the House and Senate also bear some blame, says ITEP.

The Coronavirus Aid, Relief and Economic Security (CARES) Act that became law in March 2020 was created as a way to help individuals and business dealing with the financial challenges posed by the COVID-19 pandemic. One of the law's side effects, though, was continuing or expanding earlier business tax breaks.

Using the statutory federal tax rate for corporate profits set by the TCJA at 21 percent, these 55 corporations would have paid a collective total of $8.5 billion for the year.

The various tax breaks utilized by the companies include, but are not limited to, executive stock options; the research and experimentation (R&E) tax credit (also sometime referred to as the research and development, or R&D, credit); renewable energy savings; and accelerated depreciation.

The tax winners cited by ITEP include:

You can check out the full list of companies and their tax savings in the ITEP report.