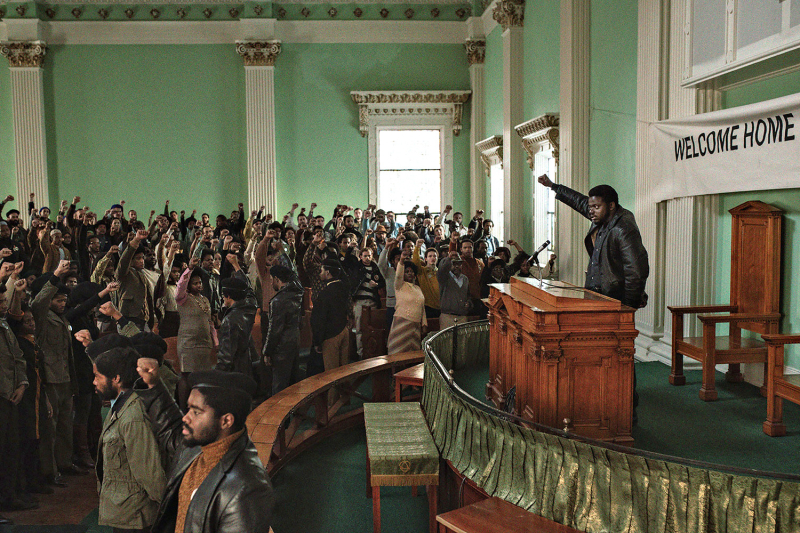 The 2021 Oscar nominees were announced today. Let the arguing begin.

I'm generally happy with the nominations, especially since two of my favorite and (I believe) overlooked performers were nominated in the Best Actor in a Leading Role. Oh, you want names? Sure: Riz Ahmed for "Sound of Metal" and Steven Yeun for "Minari."

However, disagreements about the nominees and the ultimate winners in all Academy of Motion Picture Arts and Sciences (AMPAS) categories aren't the only, or most significant, fights related to movies that are and will continue to rage.

Many — likely most; I'm still tracking down a comprehensive list — of the films nominated this year for any Academy Award probably got state tax help.

Those involved with "Minari" have said in various interviews that while the film is set in Arkansas, they did the work in neighboring Oklahoma because of tax breaks. In addition to Yeun's nomination, the film also got five other nominations, including the biggie, Best Picture. I've already heard from my Sooner film fan friends who also are proud of their connection.

Another best movie (and more) nominee, "The Trial of the Chicago 7," opted to film not in the titular Windy City, but in New Jersey because of the state's tax benefits. Garden State movie lovers already had touted the movie's location and tax connection back in February when it was nominated for five Golden Globes.

A third best picture nominee, "Judas and The Black Messiah" (which also has stars Daniel Kaluuya and LaKeith Stanfield competing against each other for Best Actor in a Supporting role), took advantage of Ohio's film tax credit to shoot scenes at the Ohio State Reformatory in Mansfield, Ohio. The movie also got three other Oscars nods, for best original screenplay, cinematography and song.

Most common creative tax breaks: The primary types of production incentives, according to accounting and business consulting firm KPM Film are:

However, the tax breaks can be complicated, for both the states handing them out and the productions applying for them.

Tax credit treatment varies state to state in terms of refundability, transferability and carry forward availability. Also, specific requirements can be tricky. You can check out KPM's state directory/map for what's available where you live (or want to film).

You also can click on another interactive map provided by Media Services, A Cast & Crew Company, for its take on the tax breaks provided by most states and a couple of nearby territories. 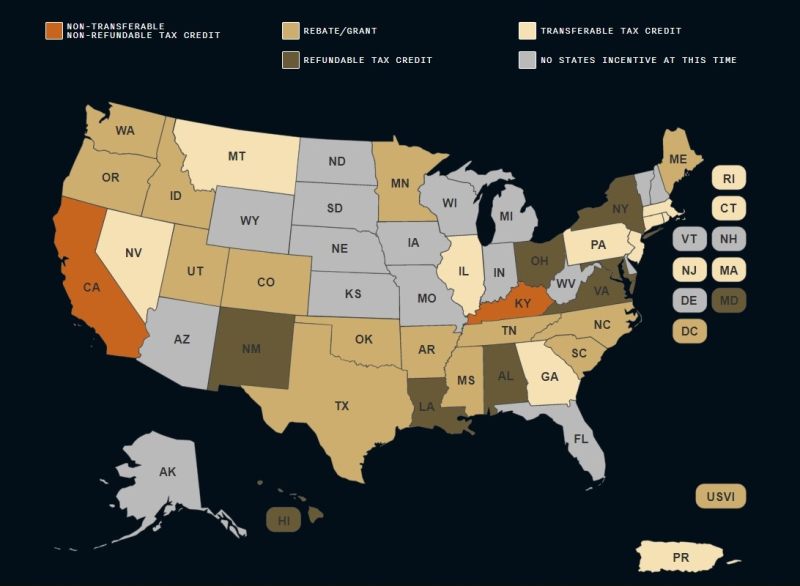 This map reproduction is not interactive, but gives a good view of where production tax breaks are available in the United States. Click the link in paragraph above the map for the searchable one.

Tax break pros and cons: Those who support the tax breaks given to film, television and video game productions as well as, at various times, theatrical and musical venues (thanks, new American Rescue Plan COVID-19 relief law), say that the endeavors provide more than just pride in the states where the movies are made. The productions, they argue, mean jobs for local residents and produce associated tax collections for the states and municipalities.

Steven Gorelick, New Jersey Motion Picture and Television Commission executive director, said that his state's film and television industry generated $420 million in economic activity in 2019, up sharply as productions were lured back through tax credits, following years of decline. Former N.J. Gov. Chris Christie, a Republican, pulled the plug on some television productions, including the "Jersey Shore" sort-of reality show. It was reinstated in 2018and then extended in 2020 by Democratic Gov. Phil Murphy.

Opponents say any residual tax revenue is not nearly enough to offset the tax breaks that states and more local taxing jurisdictions surrender. And sometimes, they note, the production tax breaks are abused, by both creators and state officials.

Supporting state breaks for non-tax reasons: I tend to be in the pro-tax break camp for movies et al. But that's mostly an emotional, not tax, reaction.

I love movies. I always have. I'm a big television fan, too. Anything that helps get good programs on big or small, theatrical or streaming screens works for me.

Plus, there's an intangible benefit for the places where the movies are made. States that don't compete here lost that. Case in point, my native and current home. I'm irked every time I see a movie set in Texas, but which actually is filmed across our western state line in New Mexico. That happens a lot, as with "News of the World," the Tom Hanks flick that, yes, got four Oscars nods (best cinematography, original score, sound and production design). Again, an emotional, not tax-based reaction.

Feel free to disagree with me in the comments section. You're entitled to your point of view, about movies, awards and tax policy. But you're not going to change my mind.

Still luring movie makers with tax money: And while it doesn't matter, a lot of states agree with me.

This week, the California Film Commission put up $86.9 million in tax credits for 22 productions selected from 61 applicants. I know. It's the Golden State, which has tied much of its economy and reputation to those golden statuettes and Hollywood.

And a quick online search also turned up the following:

Again, feel free to let me know your thoughts on production tax credits, yea or nay, as well as this year's Oscars' nominees. If we can't agree on the tax component of movie making, surely there are some Academy Award prospects that we both like!

Now I'm off to find other movie and tax connections among this year's Oscars hopefuls, as well as to locate where I can stream those films I haven't yet seen.