While GameStop's valuations captured a lot of attention because so-called ordinary investors were taking down the Wall Street pros, another investing sector also has been exploding.

Cryptocurrency is riding a new wave of popularity, with a not-so-ordinary guy helping here, too.

Elon Musk, who threw his social media support behind the video game retailer with his Gamestonk!! Tweet last month, now has helped push bitcoin's price sharply higher with pro-crypto tweets. That his electric car company Tesla adding $1.5 billion worth of bitcoin to its balance sheet also didn't hurt its value. 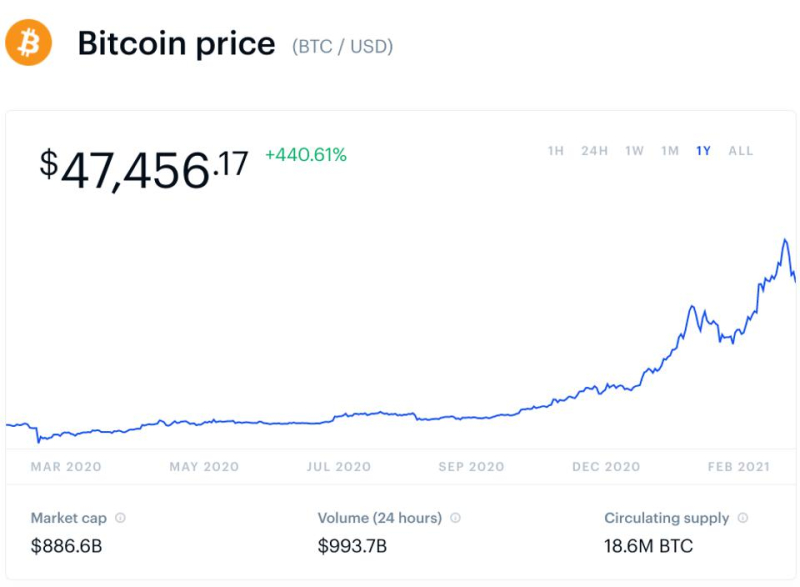 Tax collector's continued interest: The Internal Revenue Service is among those watching this latest rise of virtual currency.

The U.S. tax agency considers bitcoin and its brethren as investments, which means transactions involving the asset potentially are subject to capital gains tax. The IRS has been ramping up its efforts to ensure that those who trade in it also understand this and pay all the associated cryptocurrency taxes.

To that end, the IRS has finalized the instructions for Form 1040, the tax return that individual taxpayers must file every year. In fact, the 1040 itself now has a checkbox question about virtual currency at the top of the form.

The crypto query was moved from the Form 1040 Schedule 1 to make it more obvious and help ensure that these filers understand they have to let the IRS know.

And now the IRS has revised its Form 1040 instructions regarding Bitcoin et al. The non-exhaustive list of transactions, found on pages 15-16, no longer included the purchase of virtual currency or the acquisition of a financial interest in virtual currency.

"A transaction involving virtual currency includes, but is not limited to:

Why were those actions removed? Since I'm a say-it-with-cash kind of gal, I'll defer to the experts at Thomson Reuters Checkpoint as to the IRS' removal of a couple of cryptocurrency specifics.

The tax research, planning and compliance company's take is that even though those two actions have been excised from the 1040 instructions list, their removal doesn't necessarily mean that they aren't virtual currency transactions.

Thomson Reuters Checkpoint notes that the IRS acknowledges the list is not exhaustive with the phrase that it "includes, but is not limited to" the bullet points in the instructions.

Shouting out and about crypto: This conjunction of virtual currency and taxes is why I'm sticking to traditional financial transactions, despite what Elon advises!

If you, however, are more speculative and adventuresome in your investing, then I offer as this weekend's first Saturday Shout Out the Motley Fool piece that asked successful investors whether bitcoin should be a part of portfolios.

A second Shout Out goes to Billy Bambrough's article in Forbes on another billionaire's take on the current cryptocurrency craze. Bill Gates says that people with less money than Musk should "probably watch out" when it comes to bitcoin.

If you already are into crypto, Nicolas Vega's story at CNBC on whether you owe taxes on your bitcoin gets this weekend's third Shout Out.

And if you're wondering about the impact of virtual currency on real finances, then the fourth and final Shout Out to NPR's 1A program on what cryptocurrency means to the U.S. dollar and its global influence is for you.

BONUS: My tumblr blog Tumbling Taxes looks at how to invest in cryptocurrency without actually holding any coins.

Enjoy the articles, audio and your weekend.

Since I'm among those folks to whom Gates referred, I'm spending part of my Saturday afternoon with college basketball on in the background as I put my stash of pocket change into coin rolls to cash in at my bank next week.