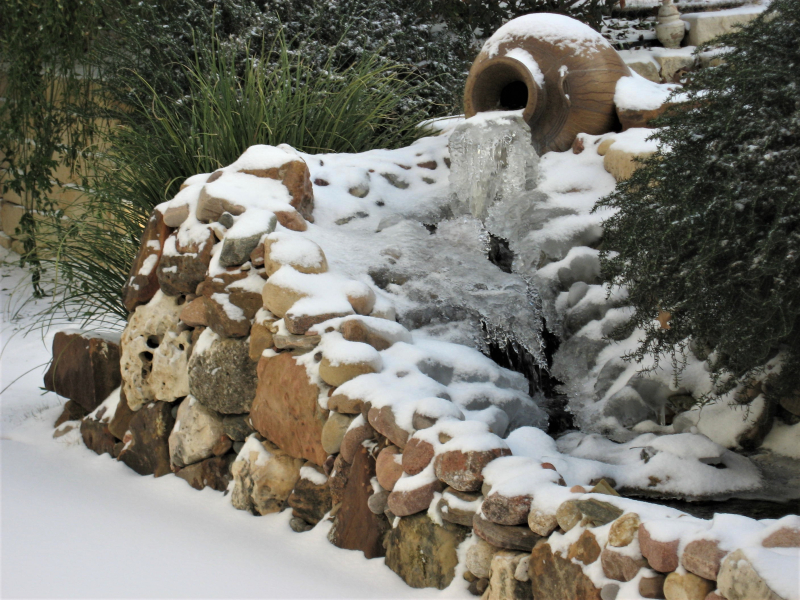 Winter can be gorgeous. It also can be disastrous, as all us Texans more accustomed to heat waves than winter storms found out last week. (Photo by Kay Bell)

It's been near 80 degrees for the last two days in my part of Texas. This time last week, we were in the teens during the day, after single-digit overnight low — and record-breaking — cold temperatures.

This surprisingly strong cold snap left a lot of damage. People lost power and water. Freezing pipes in freezing houses burst. Food was spoiled. Many are looking at weeks to even get repairs underway and likely months before they're completed.

The Internal Revenue Service followed the White House move on Monday, Feb. 22, announcing that Texans who suffered through the winter storms that began Feb. 11 now have until June 15 to file various individual and business tax returns and make any due tax payments. The relief applies to residents in all 254 of the Lone Star State's counties.

UPDATE: On Feb. 25, the IRS announced that Oklahoma taxpayers who were struck by the winter storm system on Feb. 8 get the same extended June 15 deadline and other tax considerations as their neighbors south of the Red River.

UPDATE: On March 10, the IRS announced that Louisiana taxpayers who were struck by the winter storm system that moved east into the Pelican State on Feb. 11-19 get the same extended June 15 deadline and other tax considerations as Texas and Oklahoma.

The extra time is welcome, as folks trying to repair storm damage have other things, like getting their homes cleaned up, on their minds.

But the IRS announcement could help with that, too. When a major natural disaster is declared, you have the option of claiming losses not covered by insurance as a tax deduction.

You also get a choice as to which tax year to use in making the claim. The timing shift could get you even more relief. Even better, quicker relief.

Here's an overview of how these tax claims and possible relief work.

Major disasters only: Biden's disaster declaration for Texas is key. Tax law changes made by the Tax Cuts and Jobs Act (TCJA) of 2017 mean that, at least through 2025, it's only these extreme acts by Mother Nature that qualify for the tax help.

Previously, losses incurred from other disasters and casualty losses, such as burglary of your home or a residential fire or serious car accident, could be claimed.

One quick theft note. A qualified disaster loss is now expanded in some cases to include an individual's casualty and theft of personal-use property that is attributable to a major disaster. For example, your garage was damaged during a disaster, allowing a thief to steal your car from it. But in these cases, there are disaster time frames that must be met, so if theft is part of your disaster claim, talk with a tax professional.

Also, certain federal disasters that occurred in 2017-2020 get special treatment that changes the way losses are figured and claimed. Again, talk with a tax professional.

Itemizing required: One thing didn't change under TCJA. You still have to itemize if you want to claim disaster losses.

And the tax advice that you use the method that gives you the largest deduction on your return still stands. This could mean in some cases, it's not worth making the disaster claims unless they are substantial.

Put a pin in these amounts. We'll come back to them a little later.

Can't count insurance coverage: If you have insurance on your affected property, great. You need to deal with that first.

The main reason is that you pay for this coverage, so you want to be sure you finally get something for all those years of handing over money to the company.

This also is important for tax claims. The IRS says you can claim the full amount of damage, destruction or the total loss of your personal property due to a federally declared disaster only if it isn't covered by insurance. Where you do have coverage, you can claim only that portion you pay out of pocket because your insurance won't reimburse you.

Also, don't try to slip general wear and tear or the normal progressive deterioration of the property by the IRS as disaster damage.

AGI limits + $100: There also are a couple of other factors that come into play in claiming major disaster losses.

First, you must reduce the amount you can claim by $100.

One you get that subtraction result, you then must reduce the total of all your casualty losses by 10 percent of your adjusted gross income (AGI). And, again, don't forget about subtract any insurance money you got.

Here's a down and dirty look at the math required on Form 4864, which is what you'll file to make your disaster deduction claims, for a hypothetical Texas couple now eligible to make claims under the disaster declaration rules.

Let's call them Let's call them Ted and Heidi. Their home took a winter storm hit when frozen pipes burst and caused structural damage to the structure and most of the items in it. They file jointly and will bring in $75,000 AGI this year.

Comparing deduction amounts: That's a substantial amount of losses. But note that the $22,400 isn't the amount of money Ted and Heidi will get from the IRS in connection with their major disaster losses.

It's the amount they can deduct as an itemized expense.

So if Ted and Heidi don't have other itemized amounts in 2021 to bulk up their Schedule A claims, they will be better off tax-wise not claiming their storm losses and instead using the standard deduction when they file their return next year.

Because the disaster was a major one declared by the president, Ted, Heidi and all affected taxpayers have the option of claiming their losses in the year they actually happened or the prior tax year.

If Ted and Heidi have already filed their 2020 tax return, they need to pull it out and re-run the numbers to see if claiming the recent winter storm disaster losses on that return will give them a better tax result. If so, then the Texas couple can amend that prior year filing by completing an Form 1040X and sending it to the IRS as soon as possible.

However, since this storm happened early in this filing season, if they haven't filed their 2020 taxes, they can claim the 2021 losses on the original return.

Regardless of whether you're amending or filing your 2020 tax return in connection with the formal, presidential, major disaster in 2021, you'll need to note on that on your Form 1040 or 1040-X. My fellow Texans making such claims should put the disaster designation "Texas – Severe Winter Storms" in bold letters at the top of the form. Also, says the IRS, include the Federal Emergency Management Agency (FEMA) disaster declaration number on any return. For the Texas winter storms, that's FEMA 4586.

UPDATE: Oklahoma taxpayers claiming this 2021 disaster loss on a 2020 return should put the disaster designation "Oklahoma – Severe Winter Storms" in bold letters at the top of the form. The disaster declaration number is FEMA 4587.

UPDATE: Louisiana taxpayers claiming this 2021 disaster loss on a 2020 return should put the disaster designation "Louisiana – Severe Winter Storms" in bold letters at the top of the form. The disaster declaration number is FEMA 4590.

More tax work after a disaster: You just went through a major disaster. You're consumed with getting your life as back to normal as quickly as possible. Dealing with taxes, even those actions that can help, are just another hassle, especially right now. 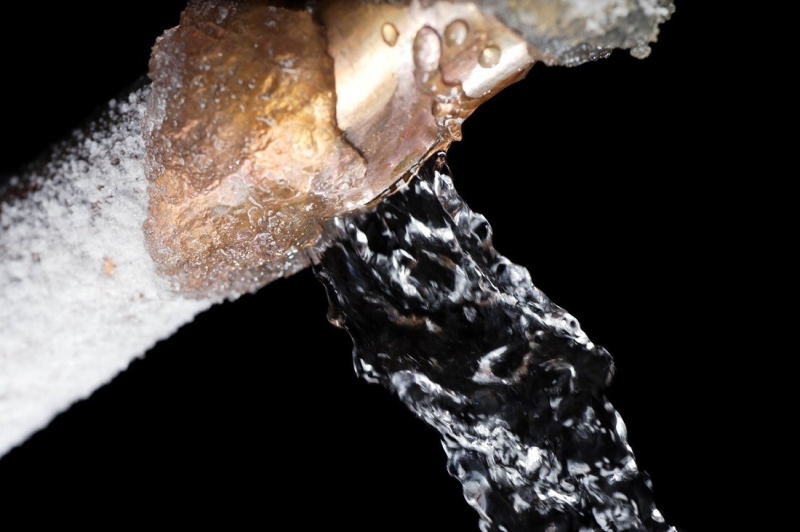 I get it. The hubby and I have been through some disasters over the years. In addition to dealing with this recent major winter storm, we watched (and smelled) smoke from the neighborhood down the road when wildfire broke out there in 2011. And it was Florida's spate of hurricanes in 2004 — two in three weeks came ashore in our area of South Florida — that prompted us to return to our native Texas.

If you're like me, during and after a disaster you're bouncing from do something, do anything, do it all, don't talk to me, leave me alone, I'm not crying/you're crying, screaming, here's the list, here's your list, we can do it, rinse, repeat.

But you do need to work taxes into that cycle somewhere.

A disaster loss claim, either now with an amended return (when you're ready) or next filing season, could provide some much-needed tax help in making it through a terrible time.

Please let me know if I missed something.