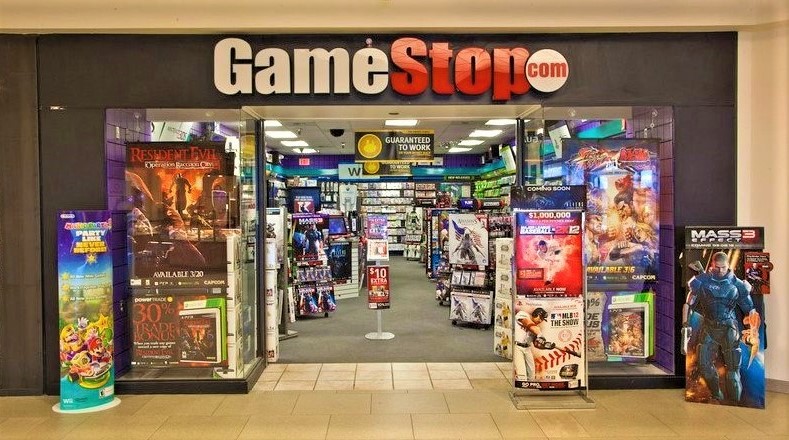 A GameStop store in an Alaska mall, circa 2013. (Photo by Bentley Mall via Wikipedia Commons)

GameStop is a struggling brick-and-mortar enterprise that sells video games, gaming merchandise and consumer electronics through its, for now, more than 5,000 retail stores across the United States.

The Grapevine, Texas-based company has been the focus recently of stock market moves that have intertwined day traders, stock buying apps, novice and naïve investors, Wall Street hedge funds and lots of rich guys with social media accounts who can afford to fan the overheated investing flames.

I'm a Boglehead buy-and-hold type of investor, so I'll direct you to this New York Times explanation of the GameStop insanity.

But this also is a good time to look at the potential tax implications of GameStop (and other) investment transactions. 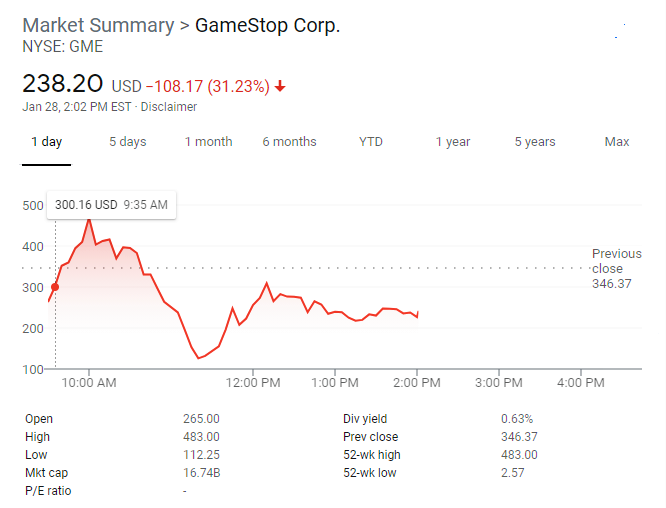 All these gyrations mean some GameStop folks are going to lose a lot of money. Other are going to make a lot. Most who make money will end up owing taxes. Depending on what they do and when, it could be a lot of taxes.

That's because some investment profits are taxed at ordinary income tax rates that top out at 37 percent. Wealthy investors also face a 3.8 percent surtax. Some states also will take a bite.

All these collections are a lot a lot higher than the frequently touted top 20 percent long-term capital gains tax rate that many use to justify getting into the market.

To help you sort it all out a bit, here's an overview of taxes and investing.

These are gains made on assets you've owned for more than a year. Note the "more than" requirement. This means not just 365 days, but 366 or longer.

You get a tax-rate break on this so-called unearned income because, goes the argument, you should be rewarded at tax time for allowing your money to be tied up for a longer period.

So when you own an asset for the requisite year-plus time frame, any profit you make on the sale is a long-term capital gain and is eligible to be taxed at rates that are lower than the ordinary tax rates. There are three more favorable long-term capital gains tax rates: 0 percent (yes, really, for some individuals), 15 percent and 20 percent. More on these (with tables!) in a minute.

Short-term capital gains: If, however, you decide to sell an asset before you hit the 366-day mark, that profit is taxed at what are known as the ordinary tax rates. These are the seven tax rates that apply to earned income like salaries and wages.

Ordinary taxes start at 10 percent and top out at 37 percent. You can check out all the rates and the earnings ranges to which these taxes apply in my earlier post on 2021 tax bracket inflation adjustments.

The bottom line here is that if you sell an asset after owning it for a short time — be that a few hours, days or months before reaching the more-than-a-year mark — your tax bill on the profit could be as much as 37 percent. Or more, if you've made enough to kick you into the 3.8 percent surtax territory. This so-called Net Investment Income Tax (NIIT) was created to help pay for the Affordable Care Act, aka Obamacare.

The NIIT effectively pushes the top long-term capital gains tax rate to 23.8 percent for affected filers. That's the case when your gross income is $200,000 or more as a single taxpayer or $250,000 if you're married and file a joint return.

In situations like the GameStop share price run-up, folks tend to get in and out quickly. That means if their timing pans out, they make a lot on the stock. That also means, though, that they'll have to use some of that profit to pay the higher taxes due based on the ordinary rates that apply to short-term capital gains.

Specifically, the Tax Cuts and Jobs Act (TCJA) revised the income brackets to which the 0, 15 and 20 percent rates apply. Just like ordinary tax brackets, the ones to which capital gains rates apply also are adjusted annually for inflation.

For comparison and use in filing your 2020 tax return this year (starting Feb. 12), here are last year's long-term capital gains rates and income brackets:

Investment loss tax benefits: What if you didn't time your stock buying and selling as effectively as you hoped and ended up losing money? That happens, both on short- and long-term investments.

But you might be able to get some tax benefit from your bad investments. Through what is known as tax-loss harvesting, you sell losing investments that then offset any capital gains, both short- and long-term you may have recognized.

It takes some figuring with short-term losses reducing short-term gains and the same for long-term losses and gains. When all the figuring is said and done, your overall capital gains could be much less, meaning a smaller tax bill, or erased entirely.

Of course, if you have that much in losses, either from a one-time speculative dip into the stock market pool or from making some ill-advised longer term asset buys, you might want to reconsider your investment strategy.

Or at least hire a professional, both for investment and eventual tax help.

GameStop on a fantastic uptrend...I’ve been going here since I was a teenager and have taken my kids here for all their gaming needs. Recently they’ve significantly expanded their catalog, they’ve added shipping options that are fast and effective and they’re adding more and more variety to stores. Additionally, they’re going above for their rewards members to alert them to playstation and Xbox drops. In addition, their online social media presence is the bomb and super engaging.