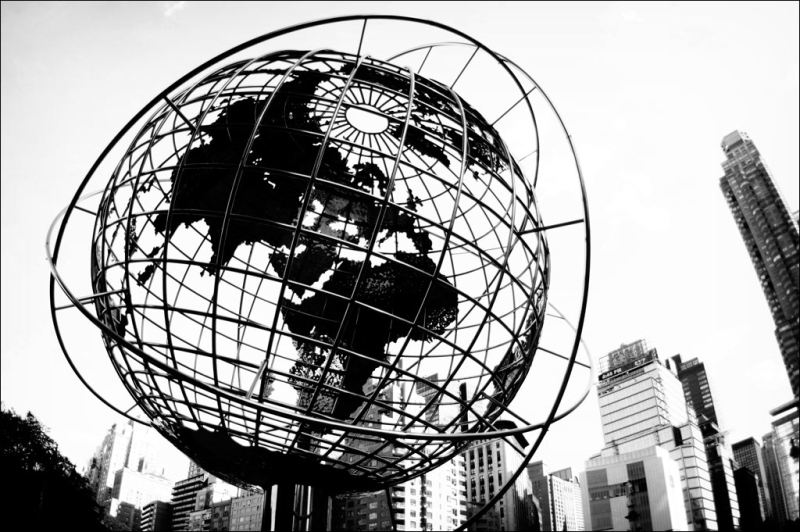 Could the COVID-19 pandemic produce changes in tax systems worldwide? That's what one global economic group thinks could and should happen.

There's no argument about the revenue problems caused by the coronavirus in 2020. They are being felt acutely as we head into the heart of the year's holiday season. In addition to the coronavirus' disruption of traditional get-togethers due to health concerns, there's the pandemic's financial component.

COVID-19 business cutbacks and closures have left too many with reduced, or no, paychecks. Businesses that are open are seeing fewer customers because of those reduced or no paychecks.

And if the latest analysis from Organisation for Economic Co-operation and Development (OECD) — and yes, it's Europe-based, hence the s instead of z in organization — plays out as predicted, times are about to get even tougher.

Worldwide revenue drop: "Tax revenues fell across the OECD for the first time in a decade during 2019, but a much larger decrease is expected in 2020 as the COVID-19 pandemic drives down economic activity and consumption tax revenues," according to research by the global intergovernmental economic organization published Dec. 3.

The 2020 edition of the OECD's annual Revenue Statistics report shows that the average tax-to-GDP (gross domestic product) ratio fell to 33.8 percent in 2019. That decrease of 0.1 percentage points from 2018 was the first decline in OECD country tax revenues since the 2008 financial crisis.

Things aren't expected to improve, at least not in the near term, thanks largely to COVID-19.

Piling on due to the pandemic: The coronavirus crisis is likely to significantly hit tax revenues in 2020, particularly from consumption taxes, due to the sharp fall in economic activity and consumption following lockdowns and the forced closure of many businesses, according to the report.

The pandemic essentially is expected to plant a huge global economic stop sign in front of the recovery from the Great Recession, which already hit a speed bump last year.

"Since the global financial crisis of 2008, we have seen a consistent trend of increasing tax revenues in the OECD, which have decreased slightly in 2019 for the first time," said Pascal Saint-Amans, Director of the OECD Centre for Tax Policy and Administration. "We expect to see much sharper decreases next year when the impact of COVID-19 starts to become more apparent."

But with vaccines on the horizon there is hope for a possible pandemic end next year.

Then the tax work needs to start, says the OECD.

"At some point, when the health crisis has passed and the economic recovery is underway, governments will need to reconsider whether their tax systems are up to the challenges of the post-pandemic environment," said Saint-Amans.

The value of VATs: There's time to debate potential tax policy changes, but the focus in most OECD will be on value-added taxes, or VATs. A VAT is a consumption tax placed on a product whenever value is added at each stage of the supply chain, from its manufacture to the point of sale.

VATs, as the graph above shows, are found around the world, but not in the United States. It's the only OECD member that doesn't use the system.

Instead of a national sales tax, the closest thing to a VAT here is the variety of state and local sales and use and gross receipts taxes imposed by most states and the District of Columbia. (I know you want to know, so this post has the five states without sales tax.) Those U.S. sales taxes, however, are collected at the end of the supply chain from customers who buy the products.

Some federal lawmakers have suggested the United States shift from reliance on income taxes to a national sales tax or VAT. A key argument for the change is that it would be easier to administer than the complex Internal Revenue Code.

Opponents quickly note that a VAT is regressive, with the costs disproportionately falling on those with less disposable income.

So the debate goes on in the United States as to whether such a move should be made. Elsewhere around the world where VATs are in place, tax policy experts have some suggestions.

Broadening VAT, expanding wealth taxes: The OECD recommends in its latest report that, "With VAT rates at an all-time high, governments may need to explore base broadening options to restore VAT revenues after the crisis."

Some, like Alex Cobham, say that the broadening should be at the upper end of the income spectrum.

Cobham, chief executive of the U.K.-based Tax Justice Network, told Tax Notes that governments should introduce "serious" wealth taxes. "We should ensure that those with the broadest shoulders bear the most, because they can," Cobham said.

That's a concept that's also taken hold to varying degrees across the pond.

President-Elect Joe Biden wants to nudge the current federal income tax system that direction. Among his federal tax proposals is a return to the top 39.6 percent income tax rate for individuals earning more than $400,000. That near-40 percent rate was in effect before the GOP's Tax Cuts and Jobs Act (TCJA) was enacted. The higher rate is set to return in 2026.

On the state level, some states already have a higher rate for their wealthiest residents. The most recent of these so-called millionaire taxes was enacted just this fall in New Jersey.

That approach works for Cobham and others who support higher tax rates for the wealthy. "Inequalities damage us all, so the eventual revenue-raising must be part of the major redistribution that’s needed. That means focusing on progressive tax measures," he told Tax Notes.

U.S. political and tax questions: Will that happen in more state legislatures and on Capitol Hill? Maybe. Maybe not. A lot depends on, of course, politics.

If the results of the Jan. 5, 2021, runoff for two U.S. Senate seats creates a 50/50 split in that chamber, Vice President-Elect Kamala Harris could cast the deciding vote for a top tax rate hike.

If, however, the vote sends even one of the Republican incumbents back to D.C., then there's likely no tax rate change, even though a recent poll found that most Americans, including nearly half of Republicans, support raising taxes on people making at least $400,000.

That surprising bipartisan public support earns the $400,000 tax-hike trigger this week's By the Numbers honors.

I suspect that regardless of what happens in Georgia next month, there will be some efforts to tweak the tax code. Lawmakers are going to be forced to deal with the pandemic's continuing financial costs and complications, regardless of which side of the aisle they sit.