Toasting tax extenders: permanent, alive for a few more years or gone along with 2020 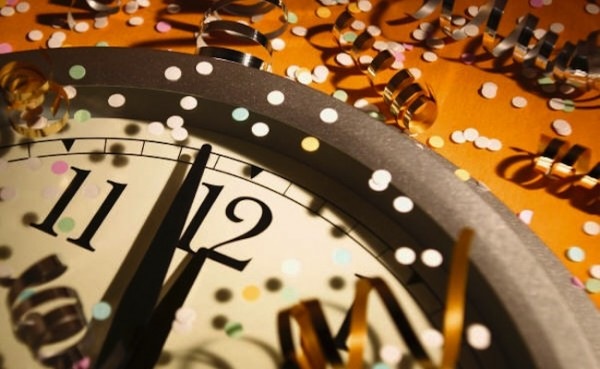 Even though we definitely are more than ready for 2020 to end, the celebration of its official departure in a few hours — that's for us here in the United States; Happy New 2021 to all y'all on the other side of the International Date Line — likely will be subdued.

But even if the ringing in the New Year will be in smaller, pandemic-precautioned pods, some adult beverages will be raised as the clock strikes midnight. And among those celebrating the most will be the makers of the liquids filling those highball glasses, champagne flutes and beer mugs.

Brewers, winemakers, distillers and importers of potent potables were some of the winners in the recently huge piece of combined legislation that became law on Dec. 27.

Others also will be able to toast renewed tax breaks and tax planning certainty thanks to the bill, officially known as The Consolidated Appropriations Act, 2021 (CAA). They include homeowners who reworked their mortgage loans, property owners who made energy-efficient improvements and itemizers who each year pay sizeable medical expenses. And more!

Triple-threat legislation: But before getting into some of the tax provisions that have new, longer lives, let's start with a quick look at the CAA.

The longest bill ever passed by Congress covered 5,593 pages, largely (pun intended) because it was a mashup of three pieces of legislation.

CAA's primary purpose, as indicated by its name, was to provide funds so the federal government could continue to operate through Sept. 30, 2021.

More important to many, however, is the CAA component that provides a little bit more ($600 per person) in COVID-19 economic relief for individuals and extends help for businesses struggling due to the pandemic.

Then there are the assorted tax provisions.

Examining extenders and budgets. Again: Many of the CAA tax provisions were temporary tax laws known as extenders.

They get that name because for years (and years and years) Congress has extended them just before they expired, or sometimes retroactively after they were null and void for a while. Yeah, it's not a great way to do business, but Congress.

Also, budget concerns. Although perpetually-renewed extenders essentially are permanent, from a federal accounting perspective they don't count as much. Congressional budgeting rules require lawmakers to consider the 10-year cost of any new provision, but when costs are accounted for just one or two years, the price tags of an extender or two (or dozens) is, in Washington, D.C., negligible.

Or, as the late U.S. Sen. Everett McKinley Dirksen (R-Illinois) reportedly characterized Congress' approach to finances, "A billion here, a billion there, and pretty soon you're talking real money."

Yeah, the costs of programs and tax breaks still matter, at least to some lawmakers and at least as a political talking point. But I digress.

Permanent booze tax break: Sometimes, however, Capitol Hill lawmakers decide to make a few extenders permanent. That happened back in 2015, when the Protecting Americans from Tax Hikes, or PATH, Act made 22 tax extenders a permanent part of the Internal Revenue Code (IRC).

The CAA includes 72 separate tax provisions and yes, many of those dealt with some popular expiring tax breaks. A few are now permanent. Others that were to expire today have been extended to future year-end renewal deadlines.

The New Year's Eve relevant alcohol excise tax reduction is one that's now in the tax code without an ending date. It actually didn't spend a lot of time as an extender. 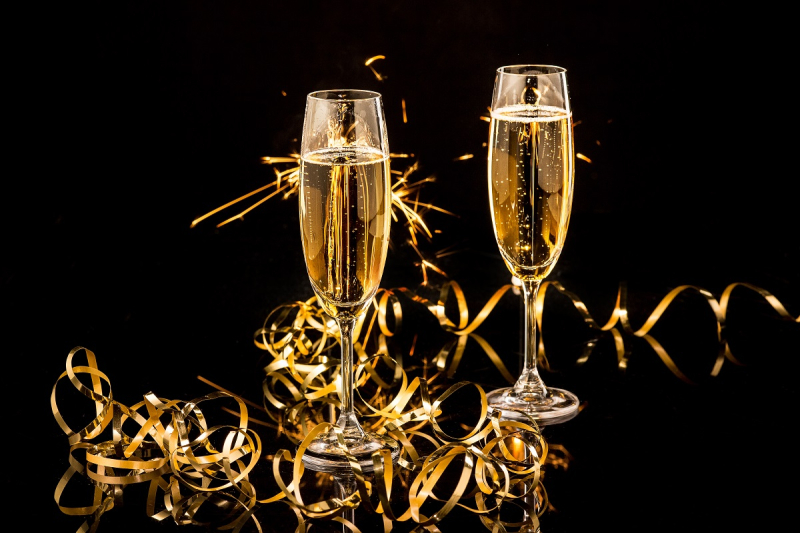 Uncle Sam's levy on liquor and the like was reduced as part of the Tax Cuts and Jobs Act (TCJA) of 2017. Those lower rates, however, applied only to the 2018 and 2019 tax years. Congress subsequently extended the lower excise levels for one more year, through 2020.

Now the alcohol makers and importers and drinkers, whom tax opponents say would have paid for the higher rates in increased product prices, don't have to worry about stocking up by a certain tax-ending date.

Lower medical tax deduction level: Another tax break that's now also permanent thanks to CAA is one that many itemizing tax filers tend to depend on to tally more than the standard deduction amount.

That's the medical expenses entered in the first section of Schedule A. In order to claim allowable health-related costs there, they must be more than a threshold percentage of your adjusted gross income (AGI).

When the Affordable Care Act, or Obamacare if you prefer, was hammered out, lawmakers decided to increase that AGI percentage in 2016 from 7.5 percent to 10 percent for all filers (older taxpayers got to keep using the lower threshold for a while under the ACA's original provisions).

But the TCJA decided to keep the 7.5 percent of AGI level in place for everyone for tax years 2017 and 2018. The lower itemized medical expenses threshold was continued for 2020 by, you got it, passage of a tax extenders bill.

Now the CAA says that the 7.5 percent of AGI to claim itemized medical costs is permanent.

One-year extensions: But for the most part in the CAA, Congress fell back into its usual extenders' habit. The House and Senate simply pushed the expiration date of many tax laws a few years into the future.

Those that got one more year of tax code life, that is, they are effective through 2021, include:

Charitable deduction for nonitemizers — This is a new tax break created by the Coronavirus Aid, Relief and Economic Security (CARES) Act. The version in effect this tax year allows filers who use the standard deduction to also claim directly on their Form 1040 some charitable gifts. For 2020 returns, that's up to $300 per return. Next year, this deduction will continue and the maximum amounts will be $300 for single filers and $600 for married couples filing jointly.

Energy-efficient home improvements — If you make some relatively simple upgrades that reduce energy waste in your home (things like new windows, doors, skylights, water heater, air conditioner, furnace and roof), you might be able to claim this tax credit. The exact tax break depends on the type of upgrade and the overall maximum claim is only $500. But since it's a credit, it is a dollar-for-dollar reduction of any tax you owe.

Note, too, that this tax break has been on the books for a while and if you claimed it in prior years, you must reduce any future claims by those earlier tax breaks. Given the cost of home upgrades, that effectively means this credit is useful primarily for folks who haven't yet made any residential energy improvements. But if that's you, take advantage of this while it's still around.

Deductible private mortgage insurance (PMI) — This expense often is required when a homebuyer cannot make a 20 percent down payment. This added amount usually is rolled into your monthly mortgage amount. Homeowners who fall under this provision's income phaseouts can count PMI as deductible interest on their primary residence loan.

Five-year extensions: A handful of expiring tax laws were ended for five years, that is, through 2025. If that tax year rings a bell, it's because it's the same one in which the individual tax changes in the TCJA also expire.

The extenders now around for five more years include:

Nontaxable mortgage forgiveness — During the Great Recession that started in 2008, many people lost their homes. Some were able to keep their houses by working with their lenders to re-do their mortgages so that payments were lower. In many cases, this was achieved by the lender forgiving a portion of the mortgage amount, known as cancelation of debt (CoD). But tax law says this canceled loan amount must be reported as income, putting another financial burden on the homeowners. So a law was enacted deeming such forgiven mortgage amounts on a person's primary home as nontaxable canceled debt. This law, covering up to $2 million of mortgage COD ($1 million for married individuals who file separately), will remain in effect through 2025.

Work Opportunity Tax Credit (WOTC) — This tax break reward businesses that hire individuals in certain groups that often face trouble finding jobs. Prospective workers who served in the U.S. military are among the potential hires who qualify a company for the WOTC. The amount of the credit is based on the new eligible workers' wages and is extended through 2025.

Paid Family and Medical Leave — This is another tax for companies that establish a family-friendly policy allowing their workers time off to care for loved ones. It was created as a temporary tax break in the TCJA, starting in 2018. It now is in the tax code through 2025.

The end of an education extender: One temporary tax break, however, actually died. Really!

We bid adieu to the above-the-line tax deduction for qualified tuition and related expenses and fees. In addition to being easy to claim, this educational benefit covered up to $4,000 in college costs.

But don't despair college students or parents who likely are paying much of their youngsters' schooling costs about the loss of this deduction. You still have some tax credit options, specifically the American Opportunity Credit and the Lifetime Learning Credit. These credits are worth, respectively, $2,500 and $2,000. And as noted earlier, credits are much better than deductions at tax time.

Plus, the CAA increased the income phaseout thresholds on the Lifetime Learning Credit, making it available to more students of all ages.

But let's worry about that next year.

You've got to make sure your favorite celebratory beverage is chilling (mine, a St. Arnold's Christmas beer, is) and get ready for your New Year's Eve party, even if it's just safely hunkered down in front of your TV with family in your living room!