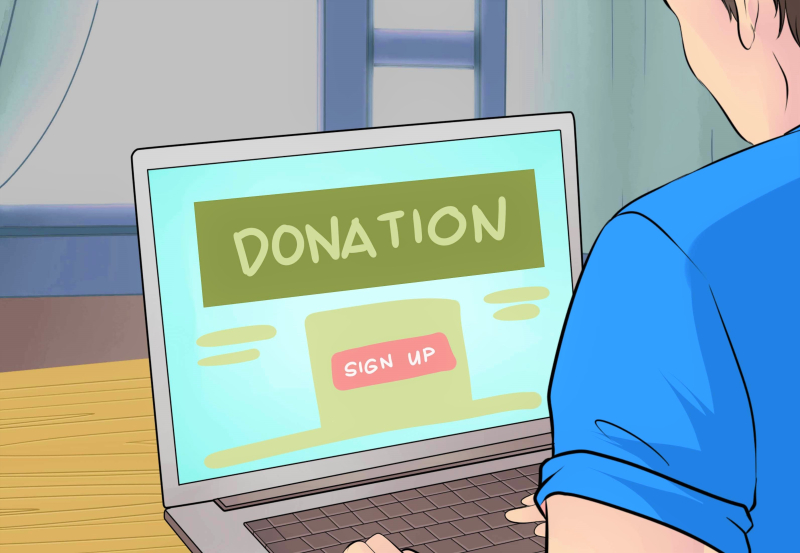 Congressional leaders are continuing to discuss at least some form of coronavirus relief package. Right now, the idea is to include any pandemic help as part of a spending bill that will keep the federal government open past Dec. 11.

Things are still fluid. Right now, it looks like there won't be a second stimulus check, at least in the waning days of the current Congress and White House Administration.

But there is a tax proposal that might encourage more of us to give to charities that are trying to pick up the slack — and pieces of people's lives — left in the wake of the COVID-19 financial crises that so many Americans are facing.

Bigger deduction for standard filers: The Senate measure being promoted by Majority Leader Mitch McConnell (R-Kentucky) would expand the tax deduction that filers who don't itemize could claim on their 2020 tax returns.

Under the Coronavirus Aid, Relief and Economic Security (CARES) Act enacted in late March, filers who choose to use the standard deduction could claim up to $300 in cash donations (which, under Internal Revenue Service rules, include gifts via credit card) to qualified charities.

This would reduce the taxpayers' gross income, thereby reducing the amount of taxable income and, if things go as planned, their eventual tax bills.

McConnell wants to double that $300 non-itemizing tax break to $600 for single filers.

It also would make clear that married couples could claim a total of $1,200 directly on their jointly filed Form 1040. Under the original donation deduction created by the CARES Act, it was unclear as to whether married filers would get to claim twice the $300 deduction.

UPDATE, Dec. 27, 2020, 7:34 p.m. CST: The government spending/COVID relief bill became law tonight. Part of the almost 6,000-page measure that will keep the federal government open through Sept. 30, 2021, and provide at least some financial help ($600 per person) for those struggling due to coronavirus economic cutbacks also included these charitable giving changes.

Cheered by charities: Such a tax break would be welcomed not only by taxpayers, but also the charities that depend on the kindness of strangers.

When the Tax Cuts and Jobs Act (TCJA) took effect in late 2017, nonprofits were freaked out by the essentially doubled standard deduction amounts. They feared that even more taxpayers would claim the new, larger standard deductions instead of itemizing.

One analysis did indeed find that overall, the TCJA reduced the marginal tax benefit of giving to charity by more than 30 percent in 2018, raising the after-tax cost of donating by about 7 percent.

Charities felt that real dollar shift in 2018, when contributions dropped by 2 percent to $296 billion. But then came 2019, when philanthropic gifts jumped to nearly $450 billion. That was a record level of giving in nominal terms. When adjusted for inflation, it marked the second-highest donation amount ever after 2017.

Taxes matter, but not completely: What does that apparently conflicting tax law and donation data mean?

Basically, it means that taxes and tax deductions aren't necessarily the only, or even the most important, driver of charitable gifts. It also means that tax planning and deductions usually affect several tax years.

Charitable gifts also depend on tax rates as well as potential deductions. It didn't hurt that the TCJA did away with overall itemized deduction limits (aka the Pease Rule) and even expanded the percentage of adjusted gross income that more well-to-do donors could give to charities.

And if you're still clinging to hope about the goodness of humanity, it also means that people want to help each other even when they get no immediate tax benefit.

But it never hurts to encourage folks to give, via tax breaks and other enticements. That was the impetus behind the CARES Act change, which made it possible for donors to get some tax benefit for their charitable gifts without having to itemize on Schedule A.

Special charity needs in 2020: Added donation incentives could be especially helpful in 2020.

This year, charitable gifts are desperately needed to help organizations that lend a hand to folks who've lost jobs and/or homes because of COVID-19.

For those still with roofs over their heads, many are struggling to keep utilities on and food on their tables.

So I'm all for the increased charitable tax deduction for filers who claim the standard deduction. And I'm keeping my fingers crossed that this provision makes it into whatever coronavirus relief bill eventually becomes law in the next few days.