A few tax penalties nudged up in 2021 by inflation

Welcome to Part 9 of the ol' blog's series on 2021 tax inflation adjustments.
We started with a look at next year's income tax brackets and rates.
That first item also has a directory, at the end of the post,
of all of next year's tax-related inflation updates.
In today's post, we look at taxpayer penalties for filing (and paying) late,
assessments on tax pros and how unpaid taxes could limit international travel.
Note: The 2021 figures in this post apply to that tax year's returns to be filed in 2022.
For comparison purposes, you'll also find 2020 amounts that apply to this year's taxes, due April 15, 2021. 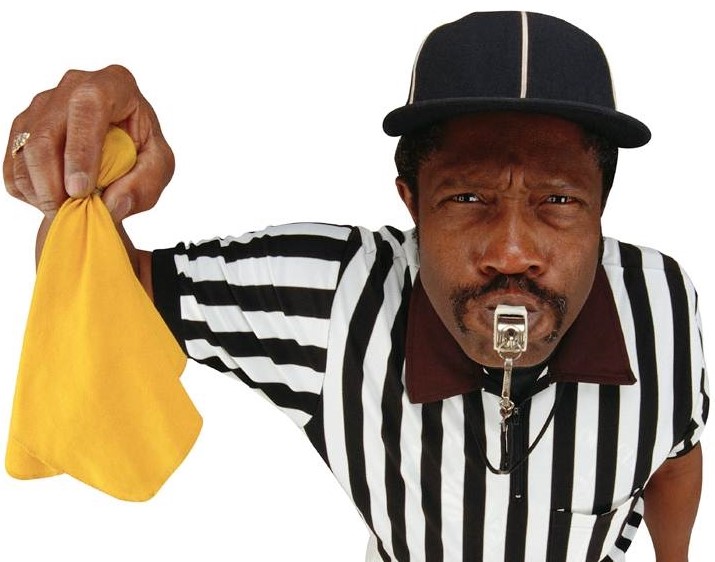 IRS agents don't throw flags like football referees, but the tax agency keeps a close eye out for tax violations and its agents are quick to penalize individual and business taxpayers, as well as tax professionals, when it spots someone not following the Internal Revenue Code rules.

The NFL is pressing ahead this coronavirus-affected football season. There's been COVID-19 positive personnel and postponed games, but one thing remains the same in 2020. On-field officials are still "throwing flags.

The Internal Revenue Service has its own version of referees who penalize taxpayers and tax professionals for violating rules. They don't literally throw flags for tax law violations, but their metaphorical whistles for violations are costly.

Those potential added costs usually are pretty effective in stemming questionable tax actions. After all, no one wants to pay Uncle Sam more than absolutely necessary.

That's underscored every year when the IRS announces its overall annual inflation adjustments, which includes penalties. It's true again, with the increased cost of living — and a notable legislative change that makes an immediate change — pushing up penalty amounts in tax year 2021.

More immediate punishment for filing late: Before we flip the calendar to 2021, we've got to note a change to the penalty for not filing 2020 tax returns on time.

The Consolidated Appropriation Act for 2020, which provided money so that the federal government could stay open through the last fiscal year, also hiked the penalty for not filing a return by the deadline. A provision in the bill increased the minimum late-filing penalty from $330 to $435 starting with 2020 tax returns due by April 15, 2021.

One bit of good news about the higher late-filing fee is that even if you don't get your Form 1040 to the IRS within 60 days of the due date — usually mid-April, but this also applies if you get an extension to file by Oct. 15 instead — the penalty could be less, depending on your tax bill, than the new $435 charge.

The tax code says the penalty for filing two months or more late is the lesser of $435 or 100 of the tax due.

And while the $435 late-filing penalty could increase, since it's one of many adjusted annually for inflation, another piece of good news is that it stays at that level for the 2021 tax year.

That constancy earns the $435 late-filing penalty possibility this week's By the Numbers recognition.

That nod to inflation, or lack thereof in the case of late return filings, brings us to the rest of this penultimate post of the 2021 tax inflation series, a pondering of penalties for future tax years. Let's get to it.

Failure to file an S Corporation return in 2022 also will get the owner a $210 charge.

Those business returns penalties are the same as the IRS assessments for missing the 2021 due dates for these entities.

Nonprofits and trusts also face penalty charges for not filing tax returns or reporting required information on time. Inflation's effects on those penalties are detailed in Rev. Proc. 2020-45.

The 2021 tax-year inflation adjusted amounts for returns to be filed in 2022, both per violation and maximum that can be assessed, are:

Those tax preparer potential penalties for 2021 are for the most part the same as 2020's, which are shown below:

The Fixing America's Surface Transportation Act, or FAST Act, that became law in December 2015 included a provision that authorizes the State Department to revoke, deny or limit passports for anyone the IRS certifies as having a seriously delinquent tax debt. 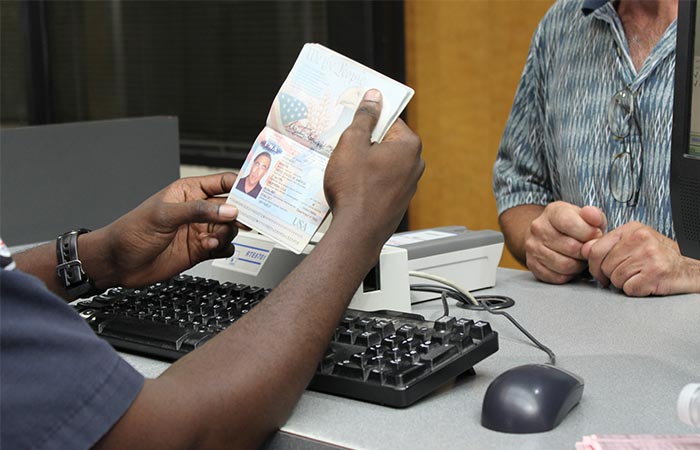 For 2021, the amount of a serious delinquent tax debt that could get your passport pulled $54,000 or more.

That's a bump up from the $53,000 threshold for 2020 that could get your passport revoked or prevent issuance or renewal of it.

Regular tax penalties review: Before we end this discussion of inflation's effects on tax penalties, it's worth a look at the statutorily set usual tax penalties that apply when you don't file or pay your taxes on time.

In addition to the penalty for filing your 1040 beyond 60 days, the IRS starts tacking on late-filing and late-payment penalties the minute your annual tax return isn't filed on time. That's either the April 15 due date or Oct. 15 if you requested an extension.

The late-filing penalty, which only applies if there is unpaid tax, usually is 5 percent for each month or part of a month that a tax return is late.

The late-payment penalty, also known as the failure-to-pay penalty, is usually one-half of 1 percent of the unpaid tax for each month or part of a month the payment is late.

In situations where you don't file a return and don't pay your tax liability, the IRS assesses a 4.5 percent, instead of the usual 5 percent, for not filing along with a 0.5 percent for not paying. That means the total failure-to-file and failure-to-pay penalties can eventually add up to 47.5 percent of what you owe: 22.5 percent for late filing and 25 percent late payment of the tax owed.

And, of course, Uncle Sam collects interest on any payment made after the original filing (or extension) due date. The rate for individual taxpayers is the federal short-term rate plus 3 percent and is adjusted quarterly. Since Oct. 1, it's been 3 percent.

Taxpayers who have a history of filing and paying on time, but have run into a late tax situation for the first time might be able to have late filing and payment penalties abated. This special treatment is for taxpayers who haven't been assessed penalties for the past three years and who meet other requirements. You can find more on penalty relief at IRS' First-Time Penalty Abatement web page.

Also note that in light of the coronavirus pandemic, the IRS is offering tax help to those facing COVID-19 money troubles.

The final post of this 2021 tax year series will focus on optional standard mileage rages.

But it likely will be a few more weeks before we get those numbers. The IRS typically issues its annual revisions to the per-mile rates you can claim closer to the end of the year.

Whenever those per-mile amounts are released, I'll let you know in the Part 10 post.

In the meantime, you can review last year's post, which has the 2020 rates that are still in effect until Dec. 31.

And for a look at the other eight posts on 2021 tax inflation adjustments, check out the index at the end of Part 1 of this year's series on the upcoming tax rates and income brackets changes.