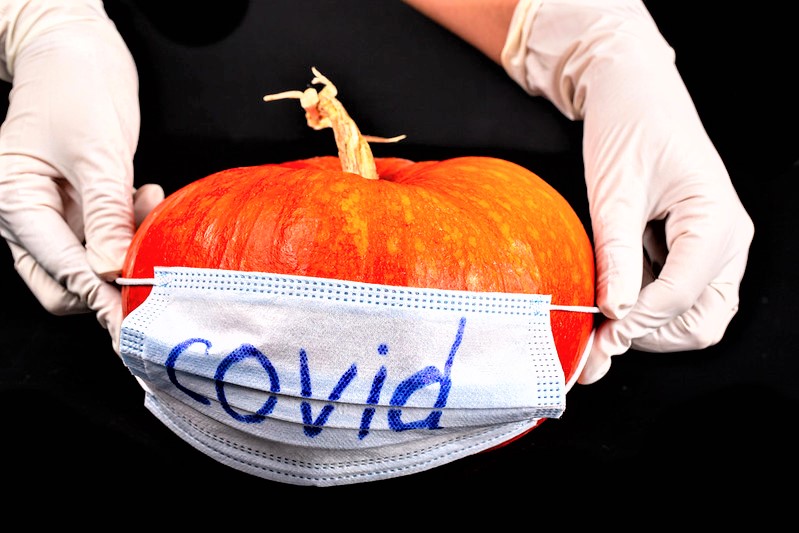 Halloween's tomorrow. Have your youngsters (and you!) picked out who or what they (and you!) want to be?

When I was very young, I went trick-or-treating for several years as my favorite cartoon character, Bugs Bunny. Nowadays, though, kiddos tend to opt for other outfits.

Over the years, the hubby and I have opened our front door on Oct. 31 to candy-craving athletes, superheroes and the occasional real-life occupation, such as a firefighter or astronaut or physician.

With COVID-19 haunting this Halloween, we all might see more health care costumes sprinkled among the traditional goblins and ghouls. The facemasks that everyone, young or just young at heart, should wear when going out in public will fit right in with doctors' and nurses' outfits.

Not just a costume: Pretending to be a nurse worked for one woman, at least for a while. But she was seeking more than mere confections as she kept up her medical façade well beyond Halloween.

And they weren't the only victims. Emery also cheated Uncle Sam out of more than $400,000 in taxes.

This week, she was sentenced for her monetary masquerade, getting not only jail time, but also ordered to repay those she duped.

Not a nurse: In announcing the sentencing, officials with the Department of Justice's Tax Division and U.S. Attorney's Office for the Eastern District of Michigan noted that from 2011 through 2018 Emery falsely represented her professional status, educational background and work experience to secure and maintain highly paid consulting positions in the health-care industry.

Her Registered Nurse credentials, which in fact belonged to other people, and fake nursing and medical administration college degrees enabled her to get work as:

As part of her deceptions, investigators say Emery provided employers with different names and fake Social Security numbers. She also falsely told employers that she was exempt from taxes.

And in addition to fooling multiple employers over the years, investigators say that Emery either did not file or late-filed federal tax returns.

On Oct. 28, she was sentenced to 65 months in prison, after which she'll face three years of supervised release.

The court also slapped Emery with financial consequences for her deceptive acts.

She was ordered to come up with $2.2 million in restitution for the businesses that had hired her. She also must get $697,000 to the U.S. Treasury to cover her $400,000 in unpaid taxes, plus associated penalties and interest.

That nearly $3 million repayment is a pretty good pre-Halloween treat for the companies and Uncle Sam from the woman who had tricked them for years.