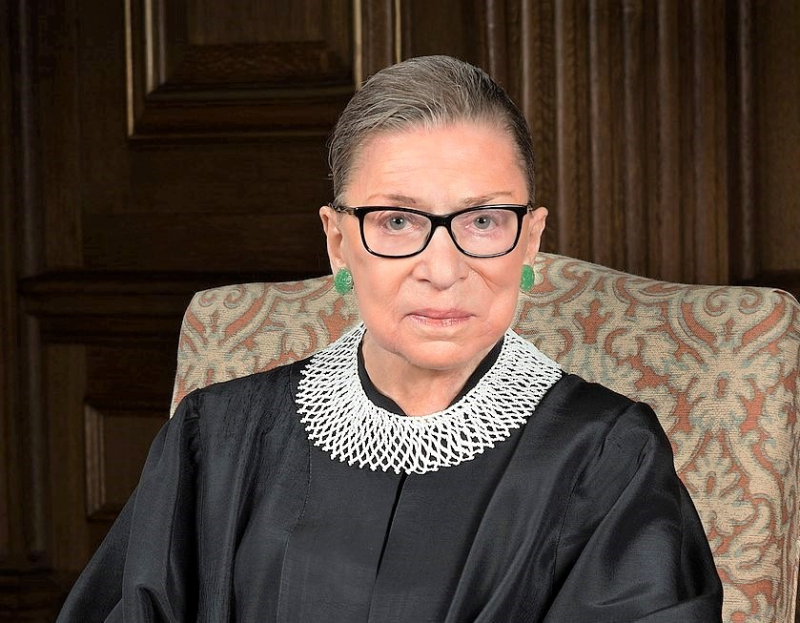 Justice Ruth Bader Ginsburg was not the first woman appointed to the Supreme Court of the United States (SCOTUS). She was, however, a feminist and pop culture icon, and her death at age 87 is being mourned nationwide.

She passed away last night, Sept. 18, at her home in Washington due to complications of metastatic pancreatic cancer.

Legal and popular recognition: Ginsburg in recent years was referred to by her fans as the Notorious R.B.G., a play on the name of the rapper Notorious B.I.G. who shared her Brooklyn birthplace.

Her recognition beyond the bench also came from the Oscar-nominated documentary "RBG" and the wide-release movie "On the Basis of Sex."

OBS, if you'll pardon the RBG-ing of the film, is based on a real-life gender discrimination case involving caregiver tax deductions claimed by a man and disallowed by the U.S. Tax Court. He is represented by a young Ginsburg and her tax litigator husband Martin Ginsburg.

Justice above all, for all: Within the halls of the real-life Supreme Court, Ginsburg was known for her dissents representing the more-liberal minority on the panel.

One of her more recent decisions, however, was a disappointment to her liberal, mostly Democratic, supporters. On Dec. 6, 2019, Ginsburg temporarily stopped a lower court’s order that Donald J. Trump's bank records, including some of his tax documents, be turned over to Congress.

Trump's lawyers made the emergency request for the stay while their appeal is considered by the Supreme Court. Ginsburg made a legal, not political or popular decision, just as she swore to when she joined the nation's highest court.

The Trump taxes etc. case is still wending its way through Congress and the legal system.

Memorials abound: In memory and honor of RBG, today's Saturday Shout Out goes to some of the memorials for Ginsburg, along with some prior movie/tax references from me and fellow tax blogger writer Peter Reilly and University of Nevada, Las Vegas/William S. Boyd School of Law professor Francine J. Lipman.

Hundreds of people gathered at the Supreme Court tonight after the news that Justice Ruth Bader Ginsburg had died. Many brought flowers and candles and even hand-written notes. @wamu885 @DCist @NPR @nprpolitics #onassignment with @jennygathright pic.twitter.com/MM6572K1Wn

On The Basis Of Sex: Watch The Other Lawyers (CPA and tax blogger Peter Reilly, for Forbes.com, Jan. 13, 2019)

"Ruth Bader Ginsburg fought to the end, through her cancer, with unwavering faith in our democracy and its ideals. That’s how we remember her. Michelle and I admired her greatly, we’re thankful for the legacy she left this country,”—@BarackObama on the passing of Justice Ginsburg pic.twitter.com/LpNiJnFi2K

RIP RBG and thank you for your service. You will be greatly missed.

Nice tribute, Kay.
I read somewhere that for people of the Jewish faith "Rest In Peace" is inappropriate because there is not a belief in the Afterlife. Rather, people live on in the memories of the living.