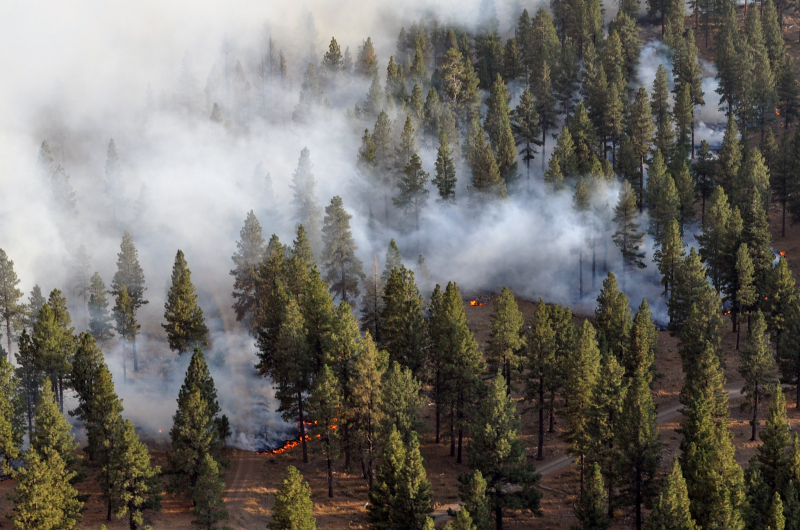 Tax season 2020 has been extended for some taxpayers. Unfortunately, the extra time to take care of tax tasks is because these individuals and businesses were threatened are dealing with the outbreak of wildfires in Oregon.

The Internal Revenue Service announced that victims of the Oregon wildfires and straight-line winds that began on Sept. 7 now have until Jan. 15, 2021 to file various individual and business tax returns and make tax payments.

This tax and payment extension includes people and businesses in the Oregon counties of Clackamas, Douglas, Jackson, Klamath, Lane, Lincoln, Linn and Marion.

Any counties or areas added later to the Oregon disaster area by Federal Emergency Management Agency (FEMA) and will automatically receive the same filing and payment relief. The IRS also keeps track of these disaster-eligible areas on its own disaster relief page.

Extended tax actions: The IRS relief action applies to individuals who may have missed this week's Sept. 15 estimated tax deadline. Affected Oregon taxpayers now can make those third quarter payments as late as next Jan. 15. That's also the due date for 2020's fourth quarter 1040-ES filings.

In addition, individuals in the disaster counties who earlier this year extended their 2019 tax return filing to Oct. 15 now have until Jan. 15, 2021, to get that form to the IRS.

The tax agency notes, however, that because tax payments related to that return were due on July 15, those payments are not eligible for this relief. If you didn't pay what was due then, late payment penalties and interest will continue to accrue.

Tax-exempt organizations operating on a calendar-year basis that had a valid extension to file by Nov. 16 also now have until the mid-January 2021 deadline to file.

The new Jan. 15 deadline also applies to businesses with extensions, such as calendar-year corporations whose 2019 extensions run out on Oct. 15.

In addition, businesses' quarterly payroll and excise tax returns normally due on Nov. 2 now can be postponed until the new January 2021 due date. As for payroll and excise tax deposits that were due on or after Sept. 7 and before Sept. 22, the IRS says penalties on those amounts will be abated as long as the deposits are made by Sept. 22.

No special action needed: As in other major disaster situations, affected taxpayers don't need to take special steps to get this tax relief.

Filing and penalty relief is automatic for anyone with an IRS address of record located in the disaster area. If, however, an affected taxpayer receives a late filing or late payment penalty notice from the IRS regarding an action falling within the disaster postponement period, they should call the number on the notice to have the penalty abated.

The IRS also will work with taxpayers who don't live in the official disaster areas, but whose records necessary to meet a deadline during the postponement period are located in the affected area. In these cases, call the IRS at (866) 562-5227.

And the IRS also is aware that many people head to disaster areas to help, meaning that their own tax responsibilities are put on hold. Any workers assisting Oregon wildfire relief efforts as part of a recognized government or philanthropic organization get the same tax relief as those directly affected by the wildfires

Major disaster relief updates, assistance: Mother Nature has been on a rampage this year. The tax code, however, might be able to help those who've endure one of her many destructive Mommy Dearest moments.

If you're in an area that FEMA designates as a major disaster, you might be able to claim your uninsured disaster losses on your taxes. You also get the option to claim them on either the return for the actual tax year the loss occurred or the prior tax year. This means you get to pick the filing that will create a better tax result for you.

For taxpayers affected by the Oregon fires and other recent major disasters, that means you could wait and claim your losses on your 2020 return you'll file in 2021 if that will give you a smaller tax liability or a bigger refund. On the other hand, if you find you would get more tax relief by claiming the losses on your 2019 taxes, you could do that.

If you got an extension to file your 2019 return, you've got until Jan. 15 to include your Oregon fire damage claims on that return. If you already filed but want to use this year's fire losses against 2019 taxes, you'll need to file an amended return, which you now can do electronically.

Regardless of when you do claim any losses from a major disaster, be sure to write the appropriate FEMA declaration number on your tax return. For Oregon wildfire tax claims that's #4562.

Other disaster help avenues: IRS Publication 547 has more details on making disaster loss claims. You also can find disaster tax tips, ranging from preparation steps to recovery options to how to help those in need, in the ol' blog's special Storm Warnings pages.

The hubby and I went through several hurricanes and tropical storms when we lived in Florida, so we know that taxes are the last thing anyone in Oregon — or California or Louisiana or Iowa or all the other places where weather has gone wild this year (plus COVID-19; enough already 2020!)  — is thinking about as they deal with a disaster's staggering reality.

But when the time comes, and it will, and you do need and qualify for any tax or government help after a disaster, take it.

Most importantly, stay safe. Your well-being always comes before taxes.