No 1099-C for forgiven PPP loans, but this tax form still issued in other taxable canceled debt cases 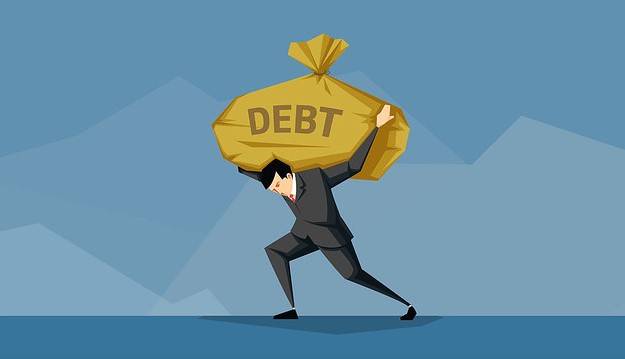 Not so, however, with Paycheck Protection Program (PPP) loans that are forgiven under the Coronavirus Aid, Relief and Economic Security (CARES) Act.

It doesn't want to know about any of these forgiven loans. In fact, the tax agency has officially told lenders not to mess with Form 1099-C in connection with these special COVID-19 loans.

Latest pandemic tax twist: The changed stance on income reporting is the latest twist to the tax code in this crazy coronavirus era.

In more normal tax years (remember those?), when a debt is forgiven, the amount that doesn't have to be repaid usually counts as taxable income.

To ensure that taxes are paid on the amounts, when the forgiven funds exceed $600, the full amount is reported to the borrower, aka the taxpayer, and the IRS on Form 1099-C, Cancellation of Debt.

This information statement lets the IRS know not look for the waived loan amounts on the borrower's tax return.

The CARES Act, however, says that when PPP loan recipients meet certain conditions, the loan is forgiven and that amount is excluded from the borrower's income.

No reporting to pre-empt confusion: If 1099-Cs were issued for nontaxable forgiven PPP loans, the IRS says the paperwork could confuse the borrowers.

Even more worrisome is that the 1099-C copy sent to the IRS could trigger the issuance of notices to the taxpayers telling them, incorrectly, that they didn't report all their taxable income.

No change to other forgiven debt: The IRS decision regarding reporting of canceled debt is one of the few exceptions to the taxability of this type of income.

In other forgiven debt cases, such as negotiating down a big credit card balance, you'll still owe taxes on the forgiven debt amount. The official IRS name (and acronym) for these tax situations is Cancellation of Debt Income (or CoDI).

Form 1099-C box by box: And you'll still get a Form 1099-C, which is this week's belated Tax Form Tuesday document, with all the taxable CoDI details.

Box 1 shows the date of the debt was forgiven, or in financial speak, discharged.

Box 2 is the amount of debt either actually or deemed discharged. If you don't agree with what's here, contact your creditor.

Box 3 is where any interest that's included in the discharged debt is reported. This amount may or may not be includable in your gross income. IRS Publication 4681 has more on how to determine that.

Box 5 says whether you were personally liable for repayment of the debt when the debt was created or, if modified, at the time of the last modification. Again, Pub. 4681 has more on reporting instructions here.

Box 6 explains, via a letter code, why your creditor filed this form. The codes, described in more detail in Pub. 4681, are:

If in the same calendar year as the discharge of the debt there also was a foreclosure or abandonment of property, Box 7 will show the fair market value (FMV) of the real property. You might instead receive a separate Form 1099-A in this case.

No 1099-C, but taxes are still due: Again, you'll get one of these if a substantial amount of debt is forgiven. But even if it's not much, it's still taxable and it's your responsibility to report and pay tax on it.

The $600 amount that forces a lender to issue a 1099-C is just for the lender. You, the borrower with forgiven debt, are required to include any discharged amount in your income, even if it is less than $600 and you don't get a 1099-C.

You do that by entering the amount of debt forgiven by a creditor on Form 1040 Schedule 1 and then transferring the total there to the "Other income" line of your Form 1040 or, if you're an older filer, Form 1040-SR.

Forgiven home debt exception, too: The tax impact of debt forgiveness or cancellation depends in part on the facts and circumstances of your individual tax situations.

It also depends, as the PPP forgiveness provision of the CARES Act demonstrate, on Congressional action. That's the case in another forgiven debt situation that arose during another difficult economic time.

Thanks to the Mortgage Debt Forgiveness Act of 2007, which has been renewed and expended since its passage more than a decade ago during the Great Recession, working out a debt forgiveness deal to stave off foreclosure on your main home won't cost you at tax time.

This CoDI no-tax provision is part of the temporary tax laws known as extenders. The name comes from the history of the laws being renewed, or extended, for additional years.

That will have to happen again with the exclusion from income of any discharged principal home indebtedness, since this CoDI tax relief is set to expire at the end of this year.

Other ways forgiven debt is tax forgivable: The IRS offers some ways to get around having to count the canceled debt as income.

Most of them, however, are not that palatable.

Debt canceled in a title 11 bankruptcy case isn't included in your income.

You also don't have to include a canceled debt in your income if you were insolvent immediately before the cancellation. You're insolvent when you don't have enough assets to pay your outstanding debts.

We've probably all been temporarily insolvent at some point, although when you're a money-short college kid you don't tend to worry about it as long as you're on good terms with mom and dad.

But when you're out on your own and find yourself without enough money to pay your bills, you'll need to work with your creditors to come up with some sort of payment plan and/or have the debt, or at least part of it, forgiven.

And whatever the reason you have for seeking debt forgiveness or cancellation, just remember to factor in possible taxes on the amount.