Donald J. Trump's payroll tax deferral for employees technically took effect this week. But most employees shouldn't expect to see a minimal raise in their next paychecks.

The reason is that few businesses jumped right in there on Sept. 1, the effective date of Trump's Aug. 8 White House memo, to stop withholding their workers' 6.2 percent portion of pay that goes toward the Social Security trust fund.

Employers' reluctant choice: Yes, the decision to temporarily stop this segment of payroll withholding is voluntary on the part of companies.

Employees, however, don't have the choice of opting in or, if their employers do make the change, choosing to continue having the Social Security component of the Federal Insurance Contributions Act (FICA) taken out of their checks.

As for the companies that do have the option, most private businesses have been reticent to make the tax withholding/pay change for several reasons. The main one is that Treasury's guidance issued in the late afternoon of Friday, Aug. 28, isn't that helpful.

The brief notice spells out significant responsibilities and potential future liability on the part of employers. It's also vague in many areas.

Or, as my #TaxTwitter pal Jeanne W. so succinctly (and amusingly) put it in her informal TED talk, where tax replaces technology in the acronym, this process does not look promising:

The payroll tax deferral is going to be an administrative disaster. Thank you for coming to my Ted talk.

So, for now at least, most private sector businesses are staying with the withholding status quo.

Forced temporary federal raise: Federal employers, however, don't have that choice. The Trump Administration instructed all government agencies to implement the across-the-board payroll tax deferral for their workers.

That includes all members of the military and even Internal Revenue Service employees.

So later this month, they and all the rest of the 1.3 million workers employed by Uncle Sam will be, to the dismay of many of them, payroll tax deferral guinea pigs.

The issue isn't the pay boost. Although it will be minimal in many instances, it still likely will be welcome by workers.

Federal employees aren't so happy, though, about having to repay the faux raise when 2021 arrives.

That will be the case because, as the phrase withholding deferral indicates, it's just a postponement, not waiver of or tax holiday when it comes to the FICA tax. The Social Security taxes will have to be paid back.

That will happen when the deferral period ends at the end of the year. And that means when 2021 arrives, federal workers will see not just the return of the 6.2 percent Social Security withholding amount, but also an added 6.2 percent to cover what they didn't pay for the last four months of this year.

The doubled withholding will continue until the deferred taxes are repaid, projected to be around the end of April.

I refer you to Jeanne W.'s administrative disaster characterization.

Smaller '21 paycheck problems: If federal workers they were able to spend anything during the holidays, they likely charged the purchases. That's just the American way nowadays.

And those December credit card bills will be arriving in January just as paychecks are getting cut.

The smaller paychecks also could be an added financial disaster for any workers who at some point in 2020 were unemployed. If they got unemployment benefits — and yes, laid-off federal workers are eligible for these, too — they also could be facing added tax liability on those taxable 2020 unemployment amounts.

True, employers could pay their workers' deferred withholding amounts. That would let the employees off the tax hook. That added company cost is also why many private sector businesses are not participating in the payroll tax deferral.

And Congress might be strong-armed into legislatively forgiving the unwithheld tax amounts. Capitol Hill agreed to do this in 2010 and 2011, reducing and waiving the Social Security tax 2 percent cut to inject money into the Great Recession's struggling economy. Back then, the federal retirement plan's missing payroll tax money was replaced, per legislation, by general revenues.

Self-withholding suggestion: My advice to all federal workers who can afford it is to set aside your extra income from the deferral.

If you can do that unofficially, fine. You might, however, look into setting up a separate account. That way you'll probably be more likely to have the money for withholding repayment next year. 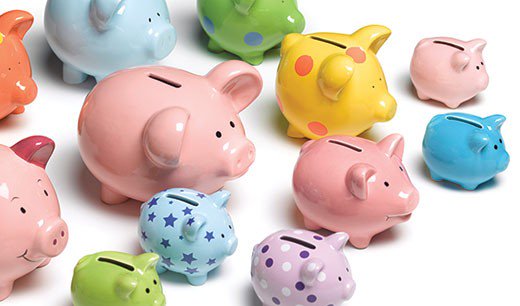 Credit unions are good options here. They typically allow members — and it's not hard to find one that you can join — for smaller accounts. Credit Unions also don't have fees like traditional banks.

Also look into setting it up as an automatic payroll withdrawal, so it will be like your withholding.

And if you can keep putting that or any amount into the account when the payroll tax deferral period ends, then it can be your emergency fund.

These warnings and payback suggestions also apply to anybody who's non-governmental employer decides to defer your Social Security withholding. The main thing is that you know the full benefits and possible drawbacks of this temporary tax raise.