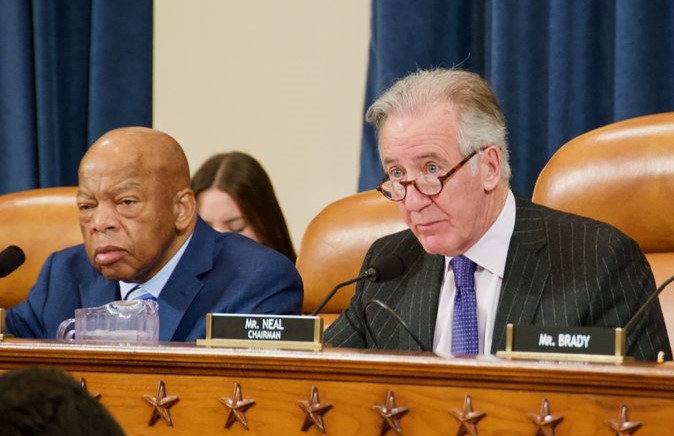 In a recent post about the Internal Revenue Service sending out nonpayment notices that it knew were wrong, I asked now what?

The Massachusetts Democrat is calling on the IRS to stop sending tax bills until the agency catches up on its huge mail backlog.

Stop the notices: In a letter to IRS Commissioner Chuck Rettig, Neal noted that this summer, following IRS office closures as a coronavirus pandemic precaution, the agency had a backlog of around 12 million pieces of unopened correspondence.

Many of those mailings no doubt included payments that were sent in a timely manner, meaning they were mailed and postmarked by the July 15 COVID-delayed 2020 Tax Day.

But once IRS staff returned to their offices, they started sending out nonpayment notices, before dealing with the stacks of mail. Those IRS notices included ones to taxpayers whose unposted payments were already in the IRS' possession.

"The IRS should not make its backlog problem a taxpayer problem," Neal told Rettig.

Instead, the W&M chairman suggested that the IRS not send notices to taxpayers until the IRS mail backlog has been reduced to pre-pandemic levels and taxpayer accounts have been updated.

"At such time, the IRS should carefully review any notices before sending to ensure that they are correct and timely and that taxpayers are in no way being penalized for the delay," Neal wrote.

Hold the fees, too: The chairman of the House tax-writing panel also specifically addressed those errant notices' added costs.

"It is the IRS's responsibility to ensure that they are not charged any penalties or interest for a delay that resulted through no fault of their own," Neal wrote.

Neal's recommendations are reasonable. In fact, earlier today I suggested to my pals on #TaxTwitter, where this topic still is being discussed, that the IRS waive all penalties and interest on 2019 filings.

Yes, such a move might take legislative action to allow the IRS to waive everything. And yes, it could cost some legitimate tax penalty and interest charges.

But the 2020 filing season already is so screwed up that it's time to just wipe the slate and, to borrow an IRS phrase, get a fresh start for all involved.

Enough already: The added complications created by the wrongly issued notices also were noted by Neal.

"This is particularly troubling at a time when the IRS is telling taxpayers who need to call the agency 'to expect long waits due to limited staffing,'" wrote Neal, who also pointed out that "any additional correspondence generated by these notices can prove difficult for the IRS to handle and cause significant delays for taxpayers seeking fair resolution."

And the notices are just one more thing we don't need right now, especially those folks who have other financial worries.

"Americans are in severe financial distress as a result of the pandemic, and the IRS should not unnecessarily and unfairly add to their hardship," wrote Neal.

Stay tuned. When Rettig responds and/or Neal or any of his Capitol Hill colleagues take additional action regarding tax notices, I'll let you know.