Sin taxes are lone revenue bright spot for many states 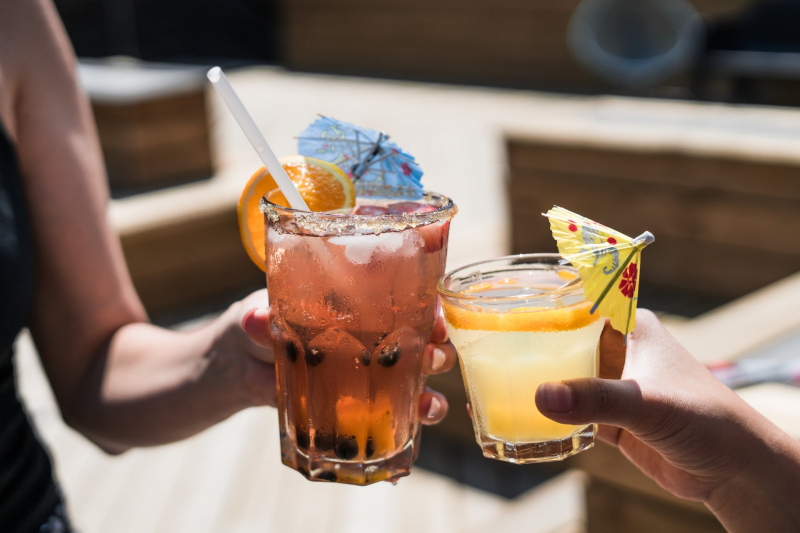 The days of real toasts are on hold for the most part due to the coronavirus. But alcohol sales and the tax revenue they produce remain a bright spot in an otherwise dim outlook for state treasuries hit hard by the pandemic. (Photo by burst via Pexels.com).

Many states have been facing budget issues for a while. Those financial problems have been exacerbated by the coronavirus pandemic.

As businesses closed down, some temporarily and some forever, states saw the associated corporate tax revenue drop. Those closed companies meant its employees no longer had income on which they paid taxes.

And the losses trickled down. In the 45 states and Washington, D.C., that have sales taxes, losses in that category also mounted. Aside from essentials, people stopped shopping. Even where they had the cash, buying slowed either because their favorite stores were closed or they didn't want to risk going out.

The stay-at-home mindsets also took a bite out of state fuel excise taxes. Many purchases, either vital or of the "I need to treat myself or I'll go crazy!" variety, were made online, meaning only delivery vehicles were filling up their tanks. (Confession: I just made one of those feel-good online buys. Delivery expected tomorrow!)

Overall, personal income and general sales taxes, which represent about two-thirds of tax revenues in the 27 states with updated forecasts, are projected to decline drastically through fiscal 2021, reports the Tax Policy Center on its TaxVox blog. Corporate income taxes, the third major source of state tax revenues, also are expected to fall sharply.

But there is one area where tax collection appears to be less affected by COVID-19.

Paying for our peccadilloes: Sin taxes are the state sales and excise taxes on practices that generally are viewed as bad habits. Uncle Sam also collects excise taxes on some of our frowned upon indulgences, notably imbibing alcohol and smoking traditional tobacco products.

The stress of living amid a global medical crisis has meant that many of us are falling back on these crutches. In fact, we've worked around obstacles that COVID-19 closures have thrown in our way.

Admit it, you're using your Zoom account for more than business meetings and school lessons for your kids. Virtual happy hours are among the few things keeping you going after months of self-isolation.

True, you're not buying as much Tito's vodka or craft beers as your now-closed favorite neighborhood bar. But at least you're buying some booze, and the manufacturers and state tax collectors thank you.

In fact, says Povich, some states are considering increasing sin tax levies to make up some of their lost pandemic revenue.

More costly bad habits: Tobacco taxes, both the products that have been around for ages as well as vaping, are always a favorite target.

Not only are they an easier tax, at least from a political and pontificating point of view, to enact, they tend to raise money even when they're sold as a way to make people embrace healthier habits.

Povich notes that tax collections in Michigan fell in every category in May but one: tobacco taxes. Those increased in the Great Lakes State by 1.6 percent to $73 million from a year ago.

It seems that others states are seeing the same trend.

New Jersey is considering a cigarette tax hike to $4.35 a pack, which would tie it with New York and Connecticut for the highest in the country.

In Colorado, tobacco tax receipts were up 5 percent in April and May to $11 million compared with a year ago. Come November, voters in that Rocky Mountain state will get to decide whether to increase cigarette taxes and add e-cigarettes to that state's taxable product list.

The same sin trend is seen in booze buys.

Heading back west, Colorado liquor tax collections went up from $3.4 million in February to $4.4 million in March. A year ago, that tax total was $3.8 million.

Tough times, bad habits: These trends are not new. Stress has always pushed us to find ways to relax, some worse than others.

While tax systems were different during the Great Depression of the 1930s and also to some degree in the Great Recession of 2007-09, a Tax Foundation recent study study found that we consumers still tended to follow tried and true (and bad) patterns regardless of what they cost us in tax outlays.

"While most of us reduce some spending during an economic downturn, there is only so much we can — or are willing to — cut," said Ulrik Boesen, Senior Policy Analyst, Excise Taxes, for the Washington, D.C., think tank and author of the .

Boesen notes the research shows that during the 1930s, cigarette consumption per capita doubled from 1,000 cigarettes to around 2,000 cigarettes per year, which helped grow the tax base. He also pointed out that back then the health risks of smoking were not as well known.

Moving forward a few decades, average spending on alcohol only declined 2.8 percent from 2007 to 2008. Spending on tobacco declined less than 2 percent. 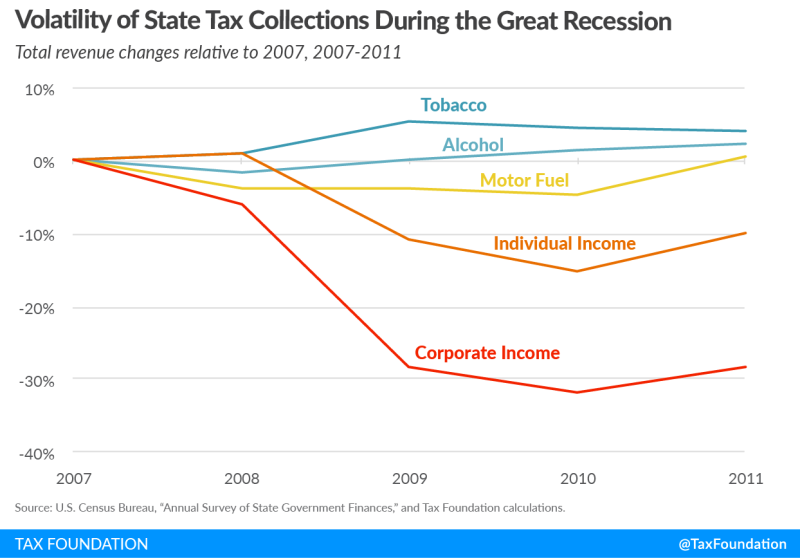 I'm not here to judge, but as a former smoker I do suggest you try to give up the habit or at least cut back. As for adult beverages, moderation is always a good idea.

I know such an approach might not make your state tax collector happy, especially in these trying coronavirus tax times, but you'll probably feel better in the long-run.