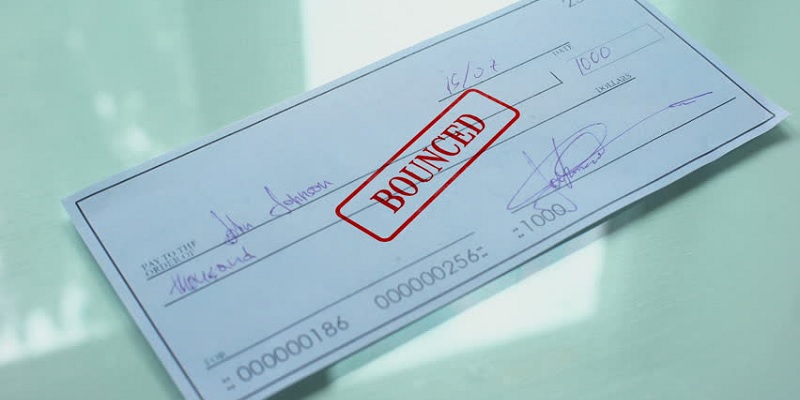 The growing acceptance of electronic financial transactions has pretty much put an end to paper checks.

Pretty much, but not totally.

Some people still send old-school paper checks. And some of them sent such pen-to-paper payments to the Internal Revenue Service earlier this year to cover their due taxes.

Unfortunately for the payers, their checks arrived at IRS offices that were closed as part of the agency's coronavirus pandemic precautions.

And now that the IRS is digging those payments out of its massive mail backlog, there's a possibility that some of the months-old checks could bounce.

But the agency is giving these check writers a bit of a break.

While it does still want what you owe, it won't assess and late-payment fees on checks that arrives at IRS campuses during the key office closure period.

No notices, no check fees: The check payment issue came to light when folks who had sent in paper payments started getting notices that the IRS had not received their money.

The payments were buried in the reported 12 million pieces of mail that piled up before IRS employees returned to their offices. The agency said last week, after hearing complaints from taxpayers and getting an official letter from the chairman of the House Ways and Means Committee, that it was halting issuance of the nonpayment notices until it cleared the mail backlog.

In that same announcement, the agency said that payments found in the unopened mail will be posted and credited on the date the IRS received them, rather than the date the agency opened and processed them.

Usual check penalties: In more normal tax times, the IRS is allowed to collect a penalty on bounced payments.

Section 6657 of Title 26 of the U.S. Code, aka the Internal Revenue Code, says that when a check or other commercial payment instrument issued for the payment of taxes doesn't clear the bank, a penalty of 2 percent of the amount generally applies.

Because of the IRS' work delays caused by the COVID-19 emergency, those dishonored check fees are now waived for paper payments received during the bulk of the time period when the agency was closed.

NSF alert triggers: There are a couple of reasons a check sent to the IRS months ago might now trigger a bank non-sufficient funds, or NSF, notification.

One is that the check writers stopped payment when they got a notice saying the IRS hadn't received their payments. That's a natural reaction. You didn't' know that the nonpayment notice was sent before the IRS checked its old mail. So you canceled it and sent in a another to cover your tax bill.

In these cases, if you haven't stopped payment on your original payment, the IRS asks that you don't. It will find that first check eventually.

But if you did, you won't owe any bad check charges.

Out of cash: Another reason a check from March might not clear now is simply because you no longer have the money. This circumstance, unfortunately, is one that's become more common as millions of folks have lost their jobs during the COVID-19 business pullback.

You knew you sent a check to Uncle Sam, but when he never collected that money, you used it to pay utilities or buy groceries. Totally understandable.

The IRS is waiving bounced check fees on payments sent during the applicable time period but which now can't be covered. But you still need to deal with the bill.

Contact the IRS and/or a tax professional as soon as possible to discuss payment plan options.

Other penalties, interest still apply: While relief from the bad tax payment check fee is welcome, there's one area where the IRS is holding firm.

Penalties and interest on unpaid amounts may still apply.

This could happen if, for example, you sent the IRS a tax payment on March 2 for your 2019 tax bill due this year on July 15. The IRS got the check in a timely manner, but it did not actually process it until Aug. 15, at which time it didn't clear.

The IRS won't assess a bad check penalty in this case.

However, it will impose interest and late-payment penalties calculated from the check's March 2 receipt date.

i made a big mistake attempting to pay online through IRS.gov.

My bank automatically stopped payment because of the over 1 million dollar debit attempt.

I called, faxed and submitted Form 843.
Using the IRS formula for bad check penalty, the penalty is $62,000.00 about 2% of what was submitted on line by accident.
So, my 2019 taxes are paid in full and I have a $62000.00 plus penalty appearing on their site.
This fee will accrue interest until it is cleared up.

We bounced a check to the IRS without realizing it. As u stated in section 6657 of title 26, the fee is 2% of the check. This was a large fee as it was payment for my quarterly taxes! Our account was only short about $40, but the penalty was much higher. Also, not sure if this is standard procedure, but the IRS tried to cash the same check again about 10 days later so I had 2 bounced check fees from my bank. They waived the 2nd bounced check fee, but it was ultimately an expensive mistake. also, bouncing a check to the IRS probably throws up a red flag. ugh!