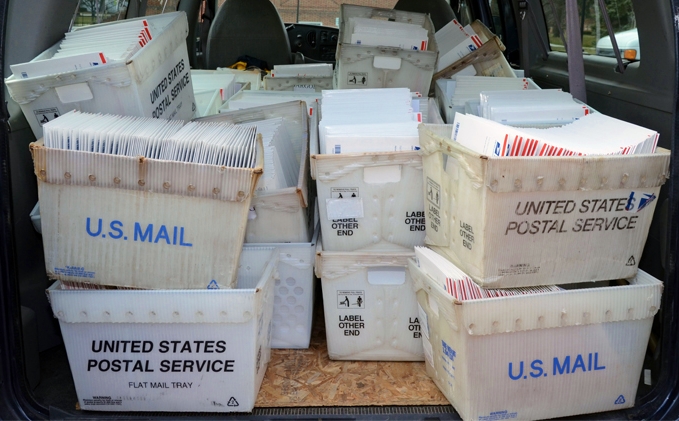 The Internal Revenue Service heard the complaints about incorrect unpaid tax notices and has acted. It announced yesterday, Aug. 21, afternoon that it is temporarily halting the mailing of three nonpayment notices.

The decision came on the heels of public outcry, some of it among taxpayers and the professional tax community on social media, as well as letter from the chairman of the House Ways and Means Committee.

COVID-19 mail complications: The notice problem was the result of, what else, the coronavirus pandemic. The IRS closed most of its physical operations in March, but mail kept coming.

That was because the tax filing season, though officially extended to July 15, continued for taxpayers. Millions filed forms and submitted them electronically and in paper form. They also e-paid due tax bills and, in many cases, submitted paper checks through the U.S. Postal Service.

At one point, according to the letter to the IRS by Rep. Richard Neal (D-Massachusetts), chair of the tax-writing W&M panel, 12 million pieces of mail were stacked up in IRS processing centers.

When IRS workers returned to their offices, they restarted normal duties, including issuance of automatic overdue tax notices.

But some of that money the IRS was seeking already was in its hands. It just hadn't been opened and therefore wasn't reflected in the paying taxpayers' accounts.

Neal's letter to IRS Commissioner Chuck Rettig urged the agency to stop sending the nonpayment notices until it cleared its snail mail backlog.

The IRS has agreed to take that course.

No more auto notices: The agency says it is suspended the mailing of three notices — the CP501, the CP503 and the CP504 — that go to taxpayers who have a balance due on their taxes. These are sent after a taxpayer has received an initial notice, the CP14, about an unpaid tax debt.

The decision to hold off on additional dunning notices for a while earns Uncle Sam's tax collector this week's Saturday Shout Out.

The key passage in the official announcement acknowledges that payments may still be among its accumulated and still unopened snail mail.

Therefore, says the IRS, these three automatically generated follow-up notices "will be temporarily stopped until the backlog of mail is reduced. The IRS will continue to assess the mail inventory to determine the appropriate time to resume the follow-up notices."

Expect process glitches: The IRS also repeated its earlier pledge to post the mailed paper payments that are eventually opened on the date that the agency received them, not the belated dates that IRS employees opened and processed them.

But note that some of the errant notices are likely to make it through despite the IRS' decision.

"As the IRS works to stop these mailings at our processing centers, some taxpayers and tax professionals may still receive these notices during the next few weeks due to delivery of existing mailings," not the agency.

Real tax debtors, pay up: The decision to stop demanding payment that's already been sent should ease the anxiety of many compliant taxpayers.

However, if you were alerted to overdue taxes by an earlier notice and haven't paid up, you need to do so as soon as possible. A payment plan could be the best option in these cases.

Or, as the IRS more diplomatically phrased it, "taxpayers who have received but not yet responded to a CP14 balance due notice are encouraged to promptly respond."

If you don't, once the IRS has worked its way through the old mail, you will get a correctly-issued follow-up tax due notice. And owe all the penalties and interested listed there.